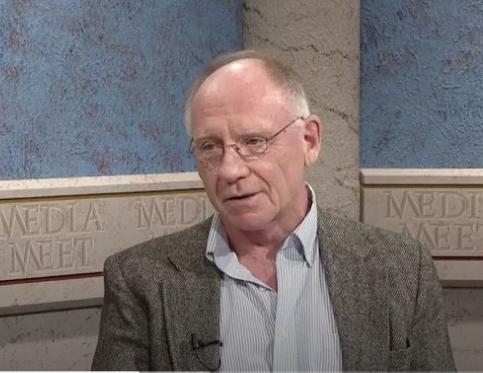 McDonnell on a 2019 "Media Meet" episode

Northern Michigan University Economics Professor Gary McDonnell was one of the featured expert panelists in a recent WalletHub piece comparing states' unemployment rates related to the COVID-19 pandemic. He addressed the impact of the $2.2 trillion federal emergency relief package and the accuracy of a conventional measure of unemployment.

According to WalletHub, more than 40 million Americans have found themselves temporarily or permanently out of a job since the week of March 16. There is hope the gradual reopening of states will reverse the spike, but many businesses will resume operations in stages rather than all at once, and may not have the resources to hire as many people as they did previously.

“I sense that many small businesses are going to fail (and quite a few large ones, as well), regardless of how much the federal government tries to provide relief,” he stated. “Even after the restrictions on business are lifted, fear will restrain spending, probably at least until there is a widely available vaccine. A full recovery could take a very long time; just how long is anyone's guess. Given that it's an election year, I'd be willing to bet that there will be some sort of additional stimulus spending beyond what's already been promised.”

McDonnell also was asked what he thinks of insured unemployment as a measure for unemployment.

“The conventional measure of unemployment reported in the media is the U3 measure, which counts people who are unemployed and who have looked for work during the last four weeks,” he said. “Under normal circumstances, counting only the people collecting unemployment benefits would understate true unemployment. I sense that that problem is only amplified by the current situation, given that some workers are furloughed, and many expect to be called back to work soon. Some who are furloughed are not counted and some who are counted will be working again soon. Unemployment statistics will probably be a better gauge of the long-run effects of COVID-19 on the economy by later this year or sometime next year.”

Not all states have experienced the same levels of unemployment due to the pandemic. To identify which states' workforces have been hurt most by COVID-19, WalletHub compared the 50 states and the District of Columbia based on increases in unemployment claims during the latest week for which it had data (May 18), and overall since the beginning of the coronavirus crisis (March 16). WalletHub used this data to rank the most impacted states for both periods.