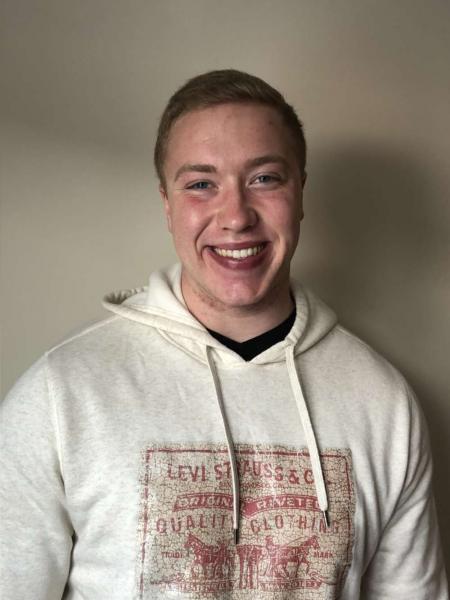 Riley McDonough of Brookfield, Wis., has been named the Northern Michigan University Political Science and Public Administration Department 2020-21 outstanding graduating senior. With a 4.0 grade-point average, he is graduating May 1 with a bachelor's degree in political science with a pre-law concentration.

McDonough has earned two full-tuition scholarships, one to Michigan State College of Law and the other to Penn State College of Law. He is also considering law schools in Wisconsin, Indiana and Colorado. While at NMU, he was the president of NMU's Student Law Forum and a student shift leader at Starbucks on campus.