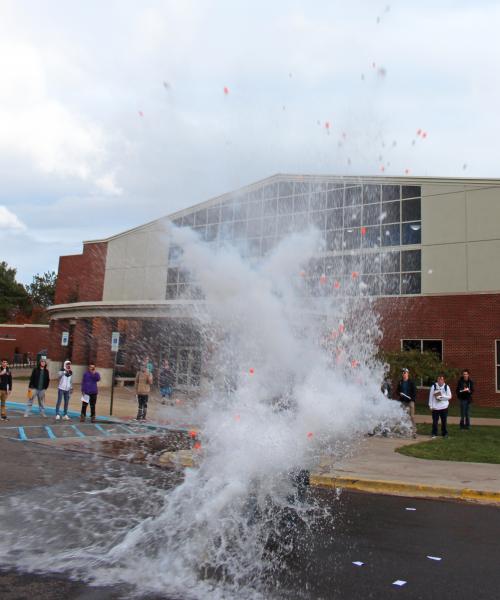 A volcano erupted twice, spewing “lava” water vertically into the air, during a demonstration on a Northern Michigan University parking lot. Because it is difficult to predict volcanic eruptions, much less study them from a safe distance, assistant professor Hans Lechner used an analog model to create an attention-grabbing simulation of the effect for his physical geography class on Wednesday.

Lechner sealed a small amount of liquid nitrogen in a two-liter plastic soda bottle. He submerged the container in a 55-gallon trash can filled with water.

“As the liquid nitrogen boils at about -321 degrees Fahrenheit, it evaporates rapidly, over-pressurizes the plastic soda bottle and bursts,” he said. “After the first demo, students mapped the flow and discussed what happened. We decided to modify one of the variables—adding more liquid nitrogen—for a second demo.

“In class, we look at the processes that lead to a volcanic eruption. We also talk about how eruptions can change based on variables we don't always understand, and how we can use models to better understand scientific concepts.”

Around the model, students placed index cards representing international communities situated in the vicinity of volcanoes. Assuming the role of a volcanologist, they made predictions as to which communities would most likely be at risk based on their proximity and topography. Students mapped both eruptions, broke down the differences in flow and potential impacts and gauged the accuracy of their predictions.

“This was awesome, a great demonstration,” said student Libby Shamion. “We've been learning about volcanoes, but coming out and seeing it first-hand the most we can is helpful in our education. It's better than sitting in lecture. To physically see it out here helps to drive home some of the points we've been talking about in class.”

In addition to modeling the internal processes of volcanic eruptions, one of Lechner's research specialties is working with populations in the Americas who live in volcanically active regions. He assesses the risks and hazards involved, and how the physical geography and society affect one another. 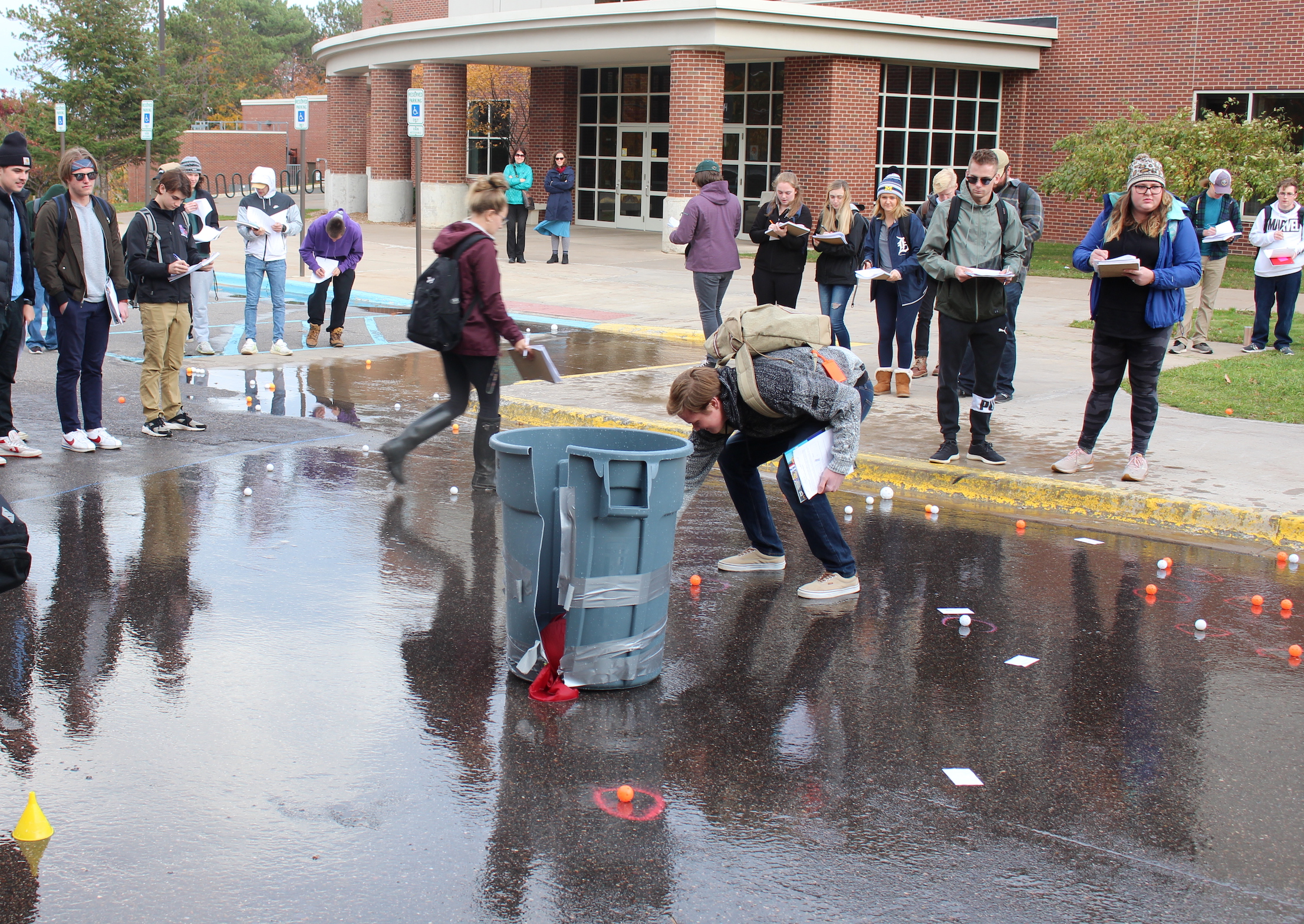 The trash can developed a crack after the first eruption, but split wide open after more liquid nitrogen was added for the second. 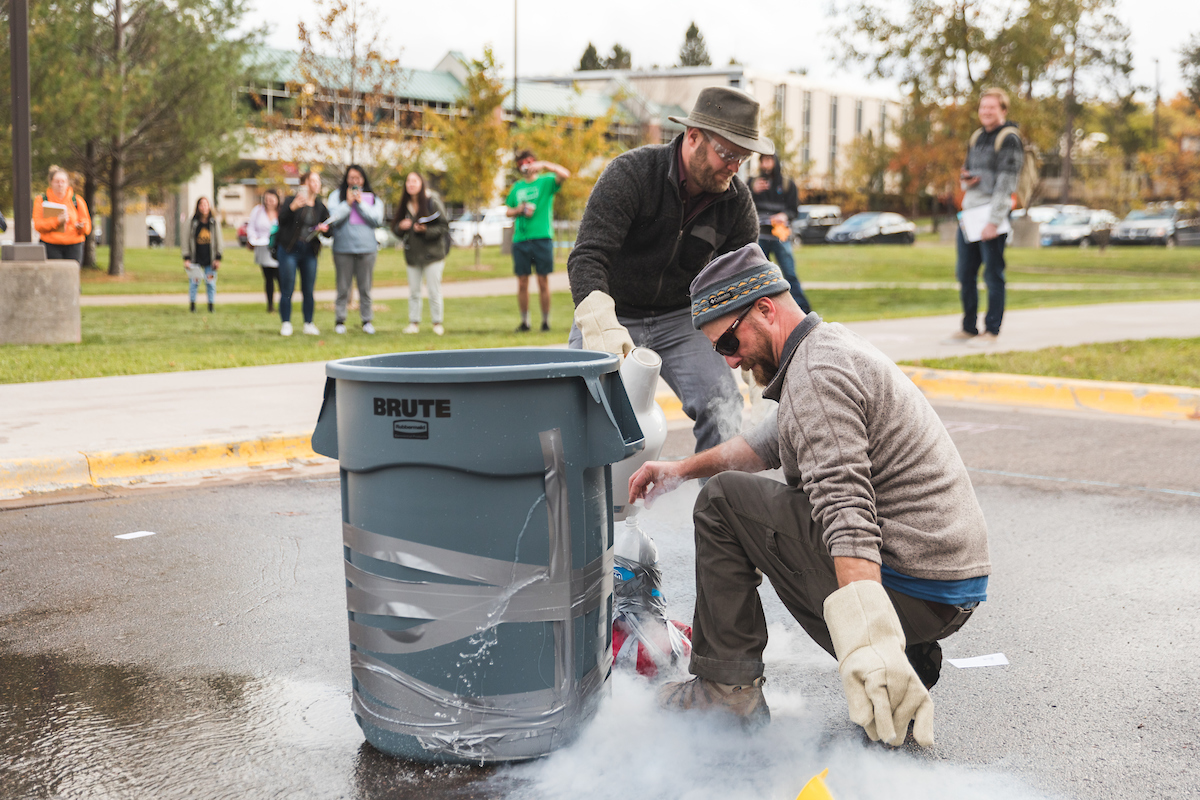