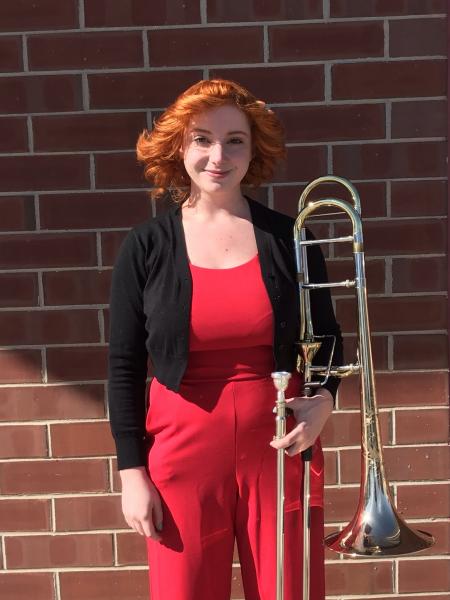 Arabella Olson of Negaunee has been named the Northern Michigan University Department of Music 2020-21 outstanding graduating senior. She is graduating May 1 with a bachelor's degree in music, specializing in trombone.

Olson has been accepted for graduate school at the University of Michigan, where she intends to pursue a master's degree in trombone performance. She plans to spend time outdoors during her last summer in the Upper Peninsula.