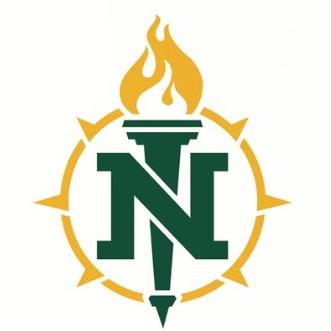 They will be recognized for significant achievements in their fields, substantial contributions to society, and demonstrated exceptional leadership and civic qualities. Due to the COVID-19 pandemic, recipients will be honored virtually during Homecoming 2020 and invited to celebrate in person during Homecoming 2021.

Mariucci is an analyst with the NFL Network and former NFL head coach, spending six years with the San Francisco 49ers and three with the Detroit Lions. The Iron Mountain native led the 1975 football Wildcats to the NCAA Division II Championship before earning bachelor's and master's degrees in education. He has been a strong supporter of his hometown, NMU Athletics and the Beacon House in Marquette.

Utnegaard was a member of the Nordic ski team and a business major at NMU. After a 33-year career as an international business executive, he now serves on four boards, including two listed companies with a presence in London in the United Kingdom and Jeddah, Saudi Arabia, and one private equity-owned company based in Paris with 12 factories worldwide. Utnegaard also serves on the Swiss University Foundation, which fosters top sports in Switzerland.

As a graduate of NMU's chemistry program, Mattson serves as an organic synthetic chemist with a strong medicinal chemistry component in her research. The Marquette native is an associate professor of chemistry and biochemistry at Worcester Polytechnic Institute. She oversees the Mattson Group, a laboratory conducting research to develop new molecular methods for synthesizing treatments for drug-resistant cancers. In 2017, she received a $1.7 million award from the NIH to support this work.

Rosenburg earned a psychology degree from NMU. She is a senior researcher for the Higher Education Team for Google Inc., where she is the team leader for products used by many higher education institutions, including NMU. During her relatively short career, she has conducted research and contributed to the production lines for Crayola, Hasbro, Nickelodeon, KaBOOM, DreamWorks and Sprout.  She served as a consulting researcher for the Emmy Award-winning PBS television shows Super Why! And Daniel Tiger's Neighborhood.

Toutant, who earned his NMU degree in history, is the CEO of Great Lakes Recovery Centers. Under his leadership, GLRC has expanded its scope well beyond substance abuse and now provides a wide range of behavioral health services throughout the Upper Peninsula. It has also received numerous honors for its community impact. Toutant is involved in a number of organizations in Negaunee and Marquette.

More information on Homecoming 2020 virtual events will be released in the coming weeks. Detailed feature stories with comments from each recipient will be issued at a later date.

The annual award winners are nominated and selected by fellow alumni. For more information on the award criteria and to nominate fellow alumni, visit nmu.edu/alumni/awards. The NMU Alumni Association can be contacted at alumni@nmu.edu.