Northern Michigan University has announced the winners of its 3-Minute Thesis (3MT) competition. NMU graduate students and McNair scholars presented their original research during the competition in only three minutes, in a language appropriate to a non-specialist audience. Each candidate was limited to one static PowerPoint slide.

The winners received prizes for their accomplishments, and graduate student first place winner Emily Griffith will represent NMU at the Midwest Association of Graduate Schools 3MT competition in March.

Griffith, a biology student, presented her research on the plumage coloration in owls. The Ft. Lauderdale, Fla., native studies the special ultraviolet sensitive pigments in owl feathers, which owls can see but are far less apparent to human eyes.

“I believe my research is important because I hope it will contribute to our fundamental knowledge about ultraviolet pigments and will give us a clue as to why owls have them,” she said. “I'm always looking to improve my public-speaking skills, and 3MT is a great way to do so. I believe that the format makes you really focus on each word that you say and provides the challenge of keeping your audience interested and engaged.

“I was shocked when I won. All of the presenters during the 3MT competition were incredibly intelligent, engaging and hard-working individuals. I'm honored that the judges chose my presentation amongst all of the great ones that were given that day.”

The graduate runner-up was Xochitl Delgado, whose field of study is psychological science. The graduate People's Choice winner was Emily Klinkman, who studies exercise science.

Medicinal plant chemistry major Stephanie Baklarz was the McNair first-place winner. The Traverse City, Mich., native presented about her research on the effect of methyl jasmonate hormone applications on the terpene content of cannabis flowers.

“Everyone behind the scenes worked really hard to pull the event off,” said Baklarz. “Presenting in three minutes is tough because it immediately highlights what you don't know about your own research and forces you to cut out things that aren't so important. At first, I had a harder time trying to describe the bigger picture. It's easy to get caught up in the details and forget the things that should be pretty obvious. I'm glad I had the opportunity to communicate about my research.”

NMU began its annual participation in the Three Minute Thesis (3MT) competition in 2018 and continues to expand its programming. View a recording of the 2021 event here. Learn more about the competition here. 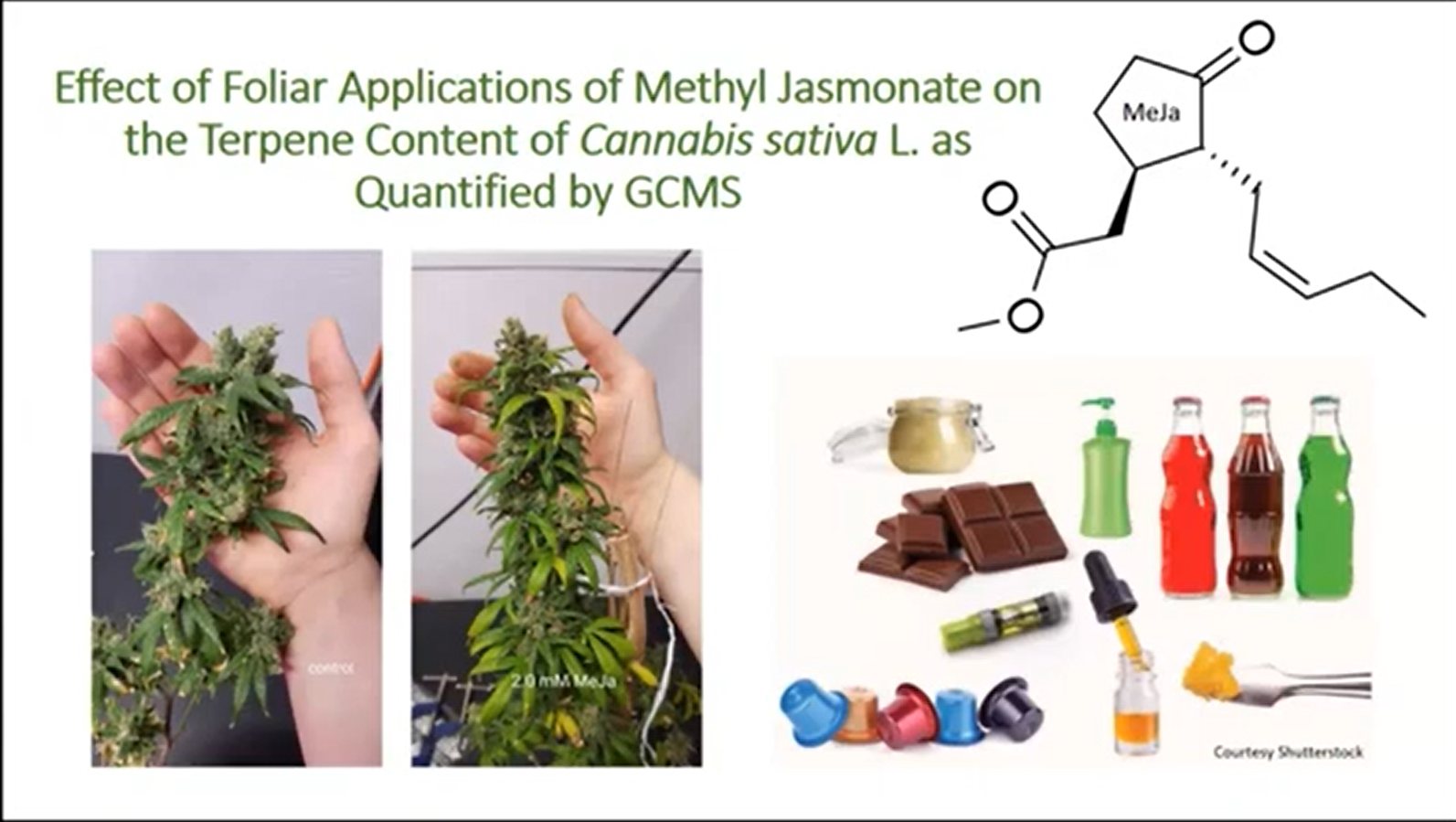 A slide from Baklarz's presentation
Prepared By