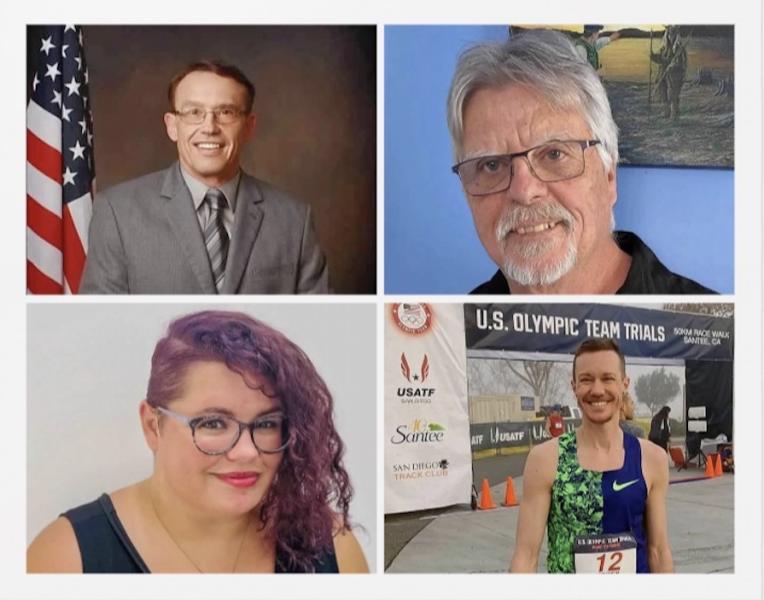 Nominated and selected by fellow alumni, the recipients are honored for significant achievements in their fields, substantial contributions to society, and have demonstrated exceptional leadership and civic qualities.

Nystrom earned a master of arts in defense administration from NMU in 1986, and was commissioned as a second lieutenant, Armor Branch, U.S. Army. For 31 years, he successfully used the knowledge, skills and leadership abilities he had acquired from NMU to make positive contributions to national security while serving in the U.S. Army during the Cold War, as a senior analyst in the Defense Intelligence Agency (DIA), and later as the division chief and program manager with the National Geospatial-Intelligence Agency (NGA).

Paquette, a 1974 social service graduate of NMU, is a true Native son of the Upper Peninsula. Proud and ever-conscious of his traditional mixed-heritage family upbringing and lifestyle, Paquette is an enrolled status member of the Voyageur Metis Muskrat Community, which he also serves as a cultural adviser. He is a Métis Elder and regional educator. Widely recognized as one of the preeminent authorities on Upper Great Lakes archaeology, Paquette has been conducting a personal spirit quest—an ongoing archaeological field survey—since 1984 to locate, document, preserve and, most importantly, to “learn from” early First Nation cultural sites in the central U.P.

Lay is a mental health therapist specializing in trans youth, suicidal ideation and self-harm, and is an advocate for adolescents and teens, working-class people and queer populations. She has worked in various schools and mental health facilities providing care and skill-building to marginalized youth. A 2011 sociology/liberal arts graduate from NMU, Lay also earned a master of arts in counseling psychology and began working inpatient adolescent psych, where she advocated to change policies that negatively impacted queer patients and patients of color. She works at Children's Hospital Oakland on the Behavior Emergency Response Team, providing crisis care to suicidal adolescents in the Emergency Department and also has a small private practice, Zombie Therapist, based in San Francisco.

Mosier, who earned a bachelor of fine arts degree from NMU in 2003, is a trailblazing athlete who has been called "the man who changed the Olympics." In 2020, he made history by becoming the first transgender athlete to compete in the Olympic Trials in the gender with which they identify. Five years earlier, he became the first openly trans man to make a Men's US National Team. Following the national championship race, he was instrumental in getting the International Olympic Committee policy on transgender athletes changed. In June 2016, Mosier became the first trans athlete to compete in a World Championship race under the new rules. He is a six-time member of Team USA, representing the United States in the sprint triathlon and the short course and long course duathlon; a two-time Men's National Champion; and a Men's All-American.

The honorees will be recognized and celebrated in-person during Homecoming 2022 (Sept. 23-24). More information on Homecoming 2022 events will be released in the coming weeks. Detailed feature stories with comments from each recipient will be issued at a later date.

For more information on the award criteria and to nominate a fellow alumni, visit nmu.edu/alumni/awards. NMU Alumni Relations can be contacted at alumni@nmu.edu.