NMU Board Selects Brock Tessman as Next President 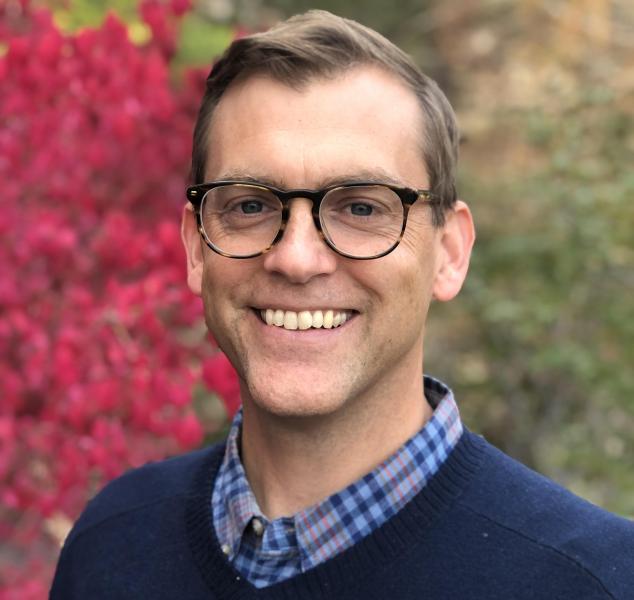 Brock Tessman, who grew up in Plymouth, Mich., will become the 17th president of Northern Michigan University, effective Feb. 1. He has served as deputy commissioner of higher education for the Montana University System since 2018, and has previous experience as a faculty member and campus leader. The NMU Board of Trustees unanimously approved his selection at a special meeting this morning.

Tessman was among four finalists invited to campus recently by the NMU Presidential Search Advisory Committee. All participated in forums with faculty, staff, student and community/alumni groups. They were also interviewed by trustees on Monday.

“The Board of Trustees was very impressed by all four finalists in our search,” said NMU Board Chair Steve Young. “After a rigorous interview and community engagement process, Dr. Brock Tessman rose to the top as the clear choice for the next NMU president. He possesses the qualities and capabilities critical to the advancement of the university. His strong leadership skills and understanding of the vital need for strategic planning will create an environment for student, faculty and staff success.

“Brock also understands the importance of communication. This will be essential in working with students, faculty, staff, the board and the community in the years ahead. I want to thank the Presidential Search Advisory Committee for their commitment to the university and for bringing us such high-quality candidates.”

In his role with the Montana University System (MUS), Tessman has been responsible for driving success across Academic Affairs, Student Affairs, and Research & Economic Development. He has led efforts to expand college access, helping to substantially narrow opportunity and achievement gaps for low-income, first-generation and Indigenous students. He has overseen the design and launch of the Montana 10 Student Success Initiative, which employs targeted financial aid, student incentives, comprehensive advising, mental health and academic momentum strategies. The effort has increased retention rates by 24% and more than doubled on-time completion rates for program participants.

Tessman leads the $345 million MUS research enterprise and is responsible for statewide development of new accelerated degree programs, business and industry partnerships, rapid workforce training programs, public-private ventures, and Career & Technical Education operations. He is also the statewide director for Montana's community colleges and has coordinated the systemwide COVID-19 response and planning as chair of the Healthy MUS Task Force.

Prior to his current position, Tessman served as a professor of political science and dean of the Davidson Honors College at the University of Montana in Missoula. As dean, he expanded private giving and community partnerships, increased enrollment, added new facilities and revised the honors curriculum to include the addition of a groundbreaking climate change studies program. He began his academic career at the University of Georgia. He earned tenure in the School of Public and International Affairs (SPIA) for his research and teaching on national security, foreign policy and the relationship between environmental conditions, risk tolerance and leadership decision-making.

Tessman graduated with honors from Brown University with a bachelor's degree in international relations and received both his master's in international relations and doctorate in political science from the University of Colorado at Boulder. He and his wife, Kristin, are parents to daughters Frances and Leona. Tessman is an avid trail runner, board game enthusiast and lifelong Detroit Lions fan.

He will succeed Kerri Schuiling, who agreed to serve as Northern's president from October 2021 until a national search for new leadership could be completed. She transitioned from her previous role as provost and vice president for Academic Affairs.

“The candidates' combined leadership skills, scholarly contributions, and community collaborations were quite impressive,” said April Lindala, Native American Studies professor and Presidential Search Advisory Committee member, reflecting on the process. “The four finalists spoke of the importance of student success and student needs at the forefront of their decision-making. Each one was eager to discuss how they have contributed to an enriching collegiate environment at their institutions and how they would leverage their experience to move NMU into the future.”

On-campus events to welcome the new president and his family will be announced in the near future.