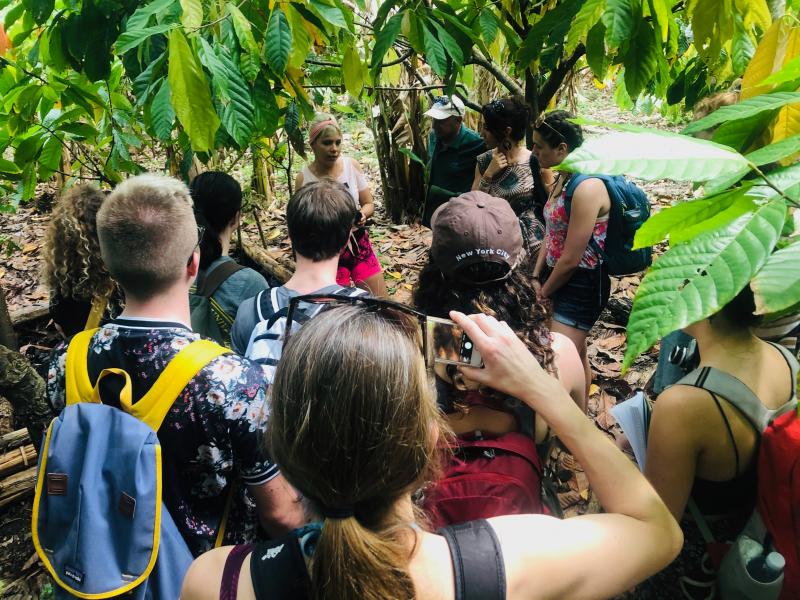 At a cacao farm

Before the COVID-19 situation quickly escalated, 10 Northern Michigan University students and two faculty members traveled to Cuba for an environmental studies course that explored different models of sustainable community development. They had the rare opportunity to bypass Havana and see the eastern part of the island, which most Americans never get to experience.

“We looked at how coastal processes are affected by climate change and rising sea levels,” said professor Sarah Mittlefehldt of Earth, Environmental and Geographical Sciences. She co-taught the course with Jes Thompson, who teaches PR and environmental communications courses in the College of Business. “We also visited Alejandro de Humboldt National Park and sites related to watershed and forest management, urban gardening, traditional agriculture, beekeeping and water quality.”

Britt Basel, a former graduate assistant of Thompson's at a previous employer, guided the NMU delegation through her Ecothropic tour company. She previously worked for National Geographic. Because of Basel's affiliation with the national parks system in Cuba, the NMU group was able to go to the eastern side of the island as educational visitors.

Thompson said the people in that area are not used to seeing Americans and would walk up to thank the group for coming to visit and learn about them.

“It was heartwarming,” she added. “They are very kind, innovative and highly intelligent. Everyone has access to education through the graduate level and professional degrees. They take advantage of that. Many farmers we met had advanced degrees. We hear they're repressed or don't have access to things, but when you meet them, they're happy. We saw many lessons of resiliency and adaptation among people who don't have as much material wealth, but are able to thrive.”

One example of adaptation was a cacao farm's recovery after Hurricane Matthew devastated Cuba in 2016. Thompson said the woman who leads it, dubbed “the queen of cacao,” researched ways to grow the crop with mangos, bananas and existing forest culture.

“Instead of in rows to maximize production like we see in the U.S., she wanted to keep it within the natural system and she did it,” Thompson said. “They've figured out how to grow in forests, nestled into nature rather than dominating or manipulating it, yet still be productive. They sell their cacao internationally. In fact, their cacao is the only chocolate Switzerland will buy right now. So if you're eating really good Swiss chocolate, it probably came from Cuba.”

Isabelle Tavares, an environmental studies and sustainability major from Kalamazoo, was perhaps more acquainted with Spanish culture than other students through her dad's roots in the Dominican Republic. She was also impressed with how welcoming Cubans were and how much they're able to do with what little they have, such as the 1950s vehicle used to transport her.

Tavares' favorite part of the trip, “hands down,” was a visit to a permaculture garden. She said it was intriguing to see innovations such as a composting toilet and pig manure used as biofuel for homes. The trip overall will help to inform her career goal of becoming an environmental journalist. She also said it countered what many U.S. students learn about Cuba in school.

“We were mainly taught that Fidel was an evil dictator,” Tavares said. “I will state that he certainly did some things that weren't good. But he was a revolutionary leader in terms of the programs he implemented and my perception changed when I went to the island and saw those programs in place.

“It's sad to see how much Cuba is struggling now with the coronavirus. Each Cuban has a ration card to get the basic amenities. That's the promise, but it's not always deliverable because 90 percent of their food is imported. Given the food shortages in Venezuela, their main ally, they are strapped right now.”

The students and faculty members were on a “digital detox” without internet or cell service the entire two weeks in Cuba. They had no idea of how serious the COVID-19 pandemic had become until they landed at the Toronto airport and their phones lit up with messages and news reports. They drove back to Marquette.

See an Ecothropic video of the NMU trip here. 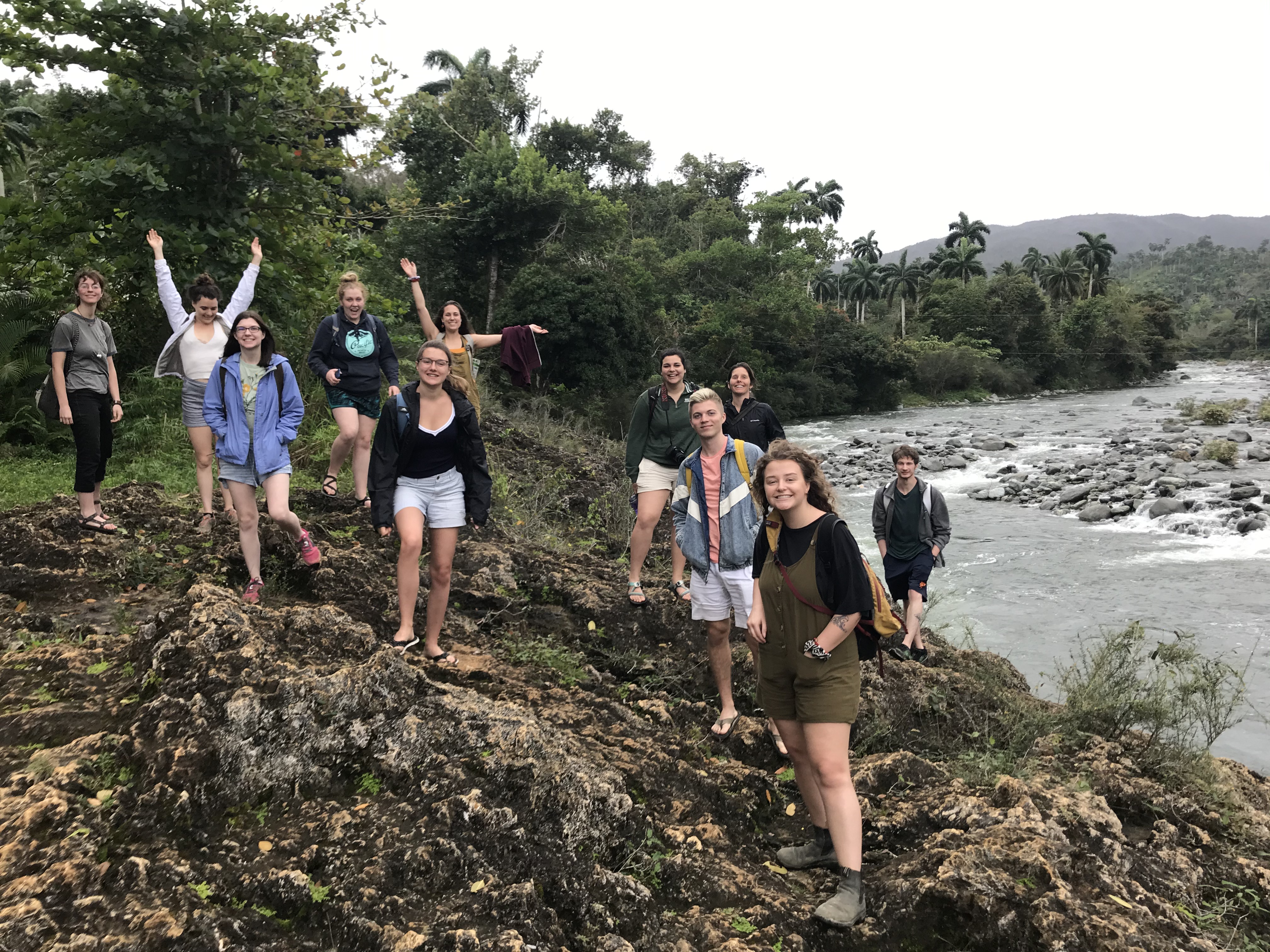 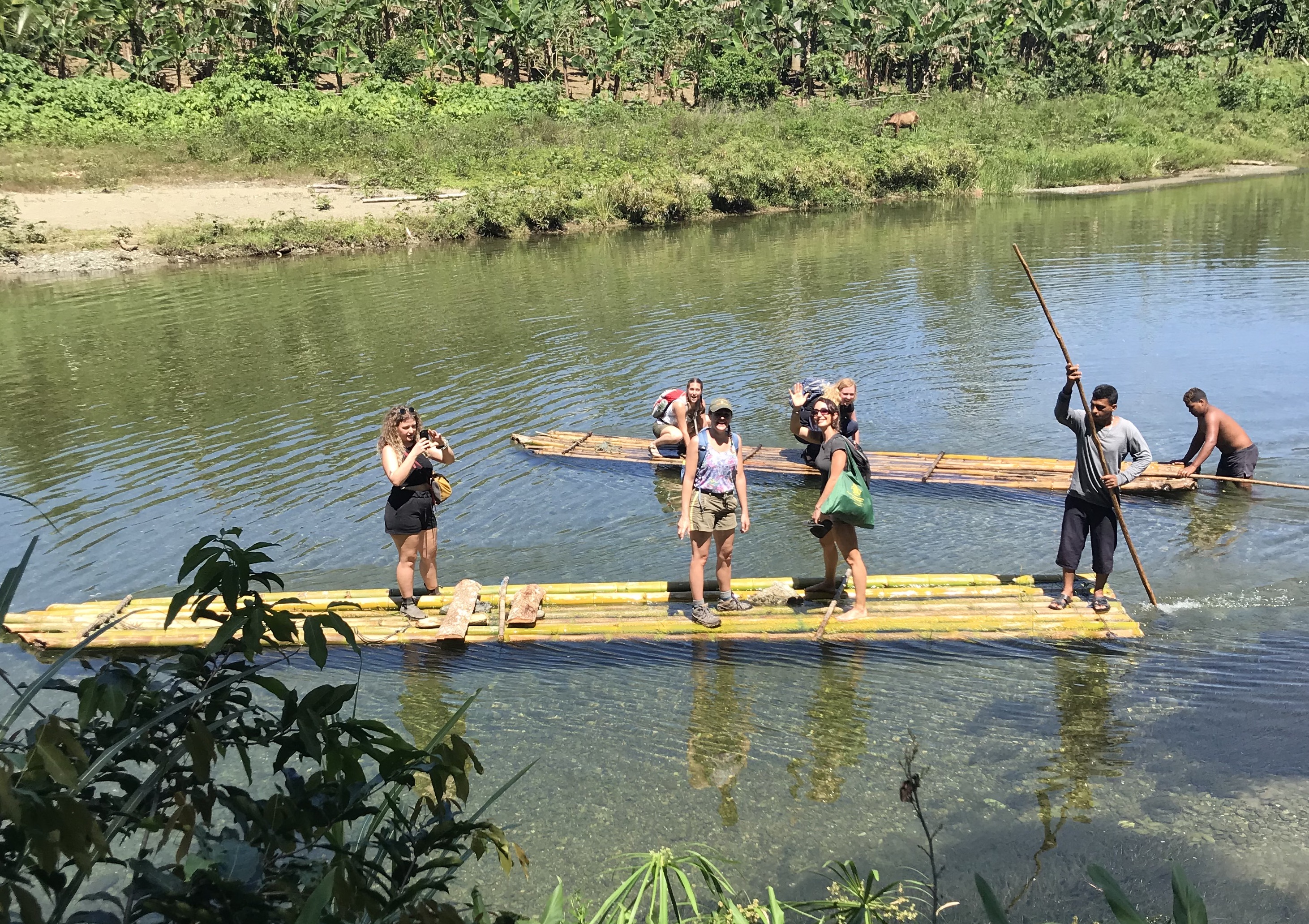 Navigating a waterway
Prepared By