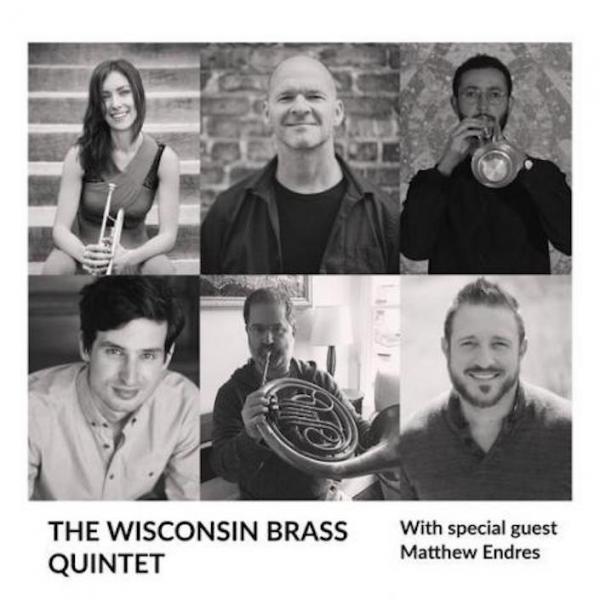 The Wisconsin Brass Quintet (WBQ) will kick off the Northern Michigan University Department of Music's 2021-22 Siril Concert Series with a free 7:30 p.m. performance at the NMU Shoreline Theatre Friday, Sept. 17. The performance, titled “A Night at the Movies,” will feature Matthew Endres as a special guest.

The WBQ has maintained a position at the forefront of brass chamber music since the group's founding in 1972. In addition to its regular concert series on the campus of the University of Wisconsin-Madison, the quintet performs extensively throughout the Midwest and nationally, including appearances in New York at Weill Recital Hall and Merkin Concert Hall. Its players have been members of the American Brass Quintet, Empire Brass Quintet and Meridian Arts Ensemble.

The WBQ's commitment to commissioning and performing new music has attracted the attention of many renowned composers, including Verne Reynolds, Jan Bach, Karel Husa, John Harbison and Daron Hagen. The quintet's premiere recordings of works by these composers and others can be found on the Summit, Mark and Crystal record labels.

In demand for its engaging educational programs and master classes, the WBQ has presented clinics and residencies at such institutions as The Juilliard School, the Yale School of Music, the University of Michigan and Northwestern University.

The Shoreline Theatre is an outdoors venue located next to the Superior Dome and the soccer fields on NMU's campus. This event is made possible through the Siril Endowment for the Musical Arts. Learn more about the event here.