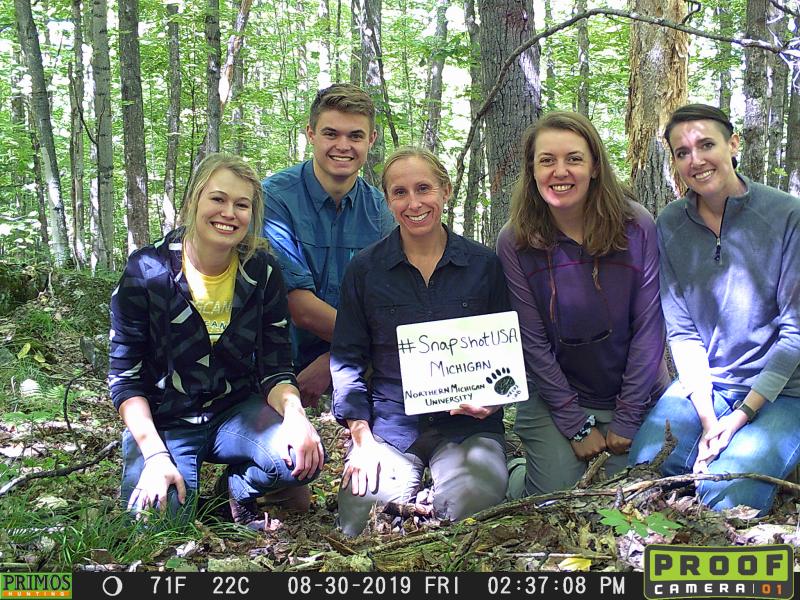 A team of Northern Michigan University faculty and student researchers contributed to Snapshot USA, the first coordinated nationwide mammal survey that consisted of 1,509 motion-activated camera traps from 110 sites across all 50 states. The data was published June 8 in the journal Ecology.

Unlike birds, which have multiple large-scale monitoring programs, there has been no standard way to monitor mammal populations at a national scale. To address this challenge, scientists from the North Carolina Museum of Natural Sciences and the Smithsonian Conservation Biology Institute collaborated with more than 150 scientists on Snapshot USA.

“Our goal was to provide a space for researchers from all 50 states to contribute a subset of their data to a broader initiative to maximize our coverage of the country and better understand drivers of mammal distributions to best inform conservation as rapidly as possible,” said the Museum's Curator of Mammalogy Michael Cove, lead author of the new paper, in a press release.

NMU researchers deployed cameras in areas such as Sugarloaf Mountain, Hogback and Harlow, Echo and Blemhuber Lakes. Locations were established using a randomized program that was able to remove any bias that might otherwise occur if someone personally selected the locations.

“By training NMU undergraduate students in camera deployment, maintenance, imagery classification and data analysis, Tru and Amelia are helping to train the next generation of professional wildlife ecologists in essential research practices, providing each of them unique opportunities to grow personally and professionally in their academic journeys,” said Lafferty. “Moreover, by engaging diverse NMU undergraduates in authentic ecological research, Tru and Amelia are creating a collaborative and supportive community of scholars in my classroom and beyond.”

For two months in fall 2019, Snapshot USA researchers collected more than 166,000 images of 83 different mammal species. White-tailed deer were the most common species detected, followed by eastern gray squirrels and raccoons. Pygmy rabbits, mountain beavers, hog-nosed skunks and marsh rabbits were among the least common mammals photographed. The overall detection winner was the coyote, which was observed in all 49 continental states; none have made it to Hawaii.

In an interesting twist, developed areas tended to have the highest overall mammal detections, with three of the top five sites for total mammal activity being urban: Urbana, IL.; Baltimore, MD.; and Washington, D.C. “These new data show that the urban mammal paradox, with more animals actually living close to people, is not just an isolated phenomenon,” said coauthor Roland Kays, a scientist at the museum and at NC State University.

All images were processed through the Smithsonian's eMammal camera trap data repository and included an expert review phase to ensure taxonomic accuracy of data, resulting in each picture being reviewed at least twice. The results represent a timely and standardized camera trap survey of the United States.

The Snapshot USA data are archived at the Smithsonian Institution's eMammal database. The journal Ecology makes the 2019 survey data available online for anyone to use for research questions, such as the evaluation of changes in animal populations over time or informing conservation strategies for threatened and endangered species.

Scientists repeated the survey in fall 2020, likely providing insights on the effects of the COVID-19 pandemic on wildlife distributions and habitat use. Resulting data will be available as the eMammal database is updated in 2021.

For more information on NMU's involvement, contact Lafferty at dlaffert@nmu.edu or 906-227-2227. 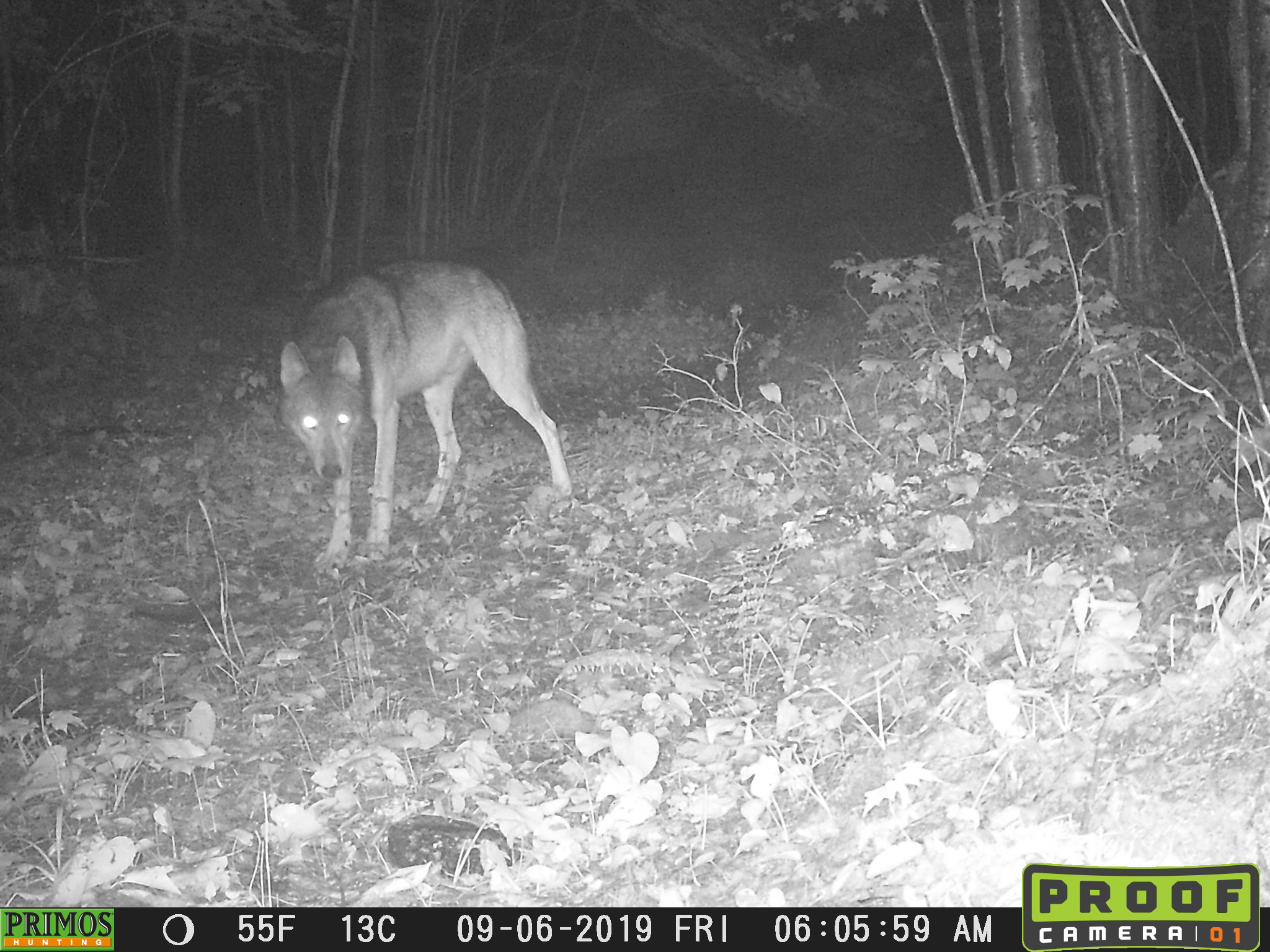 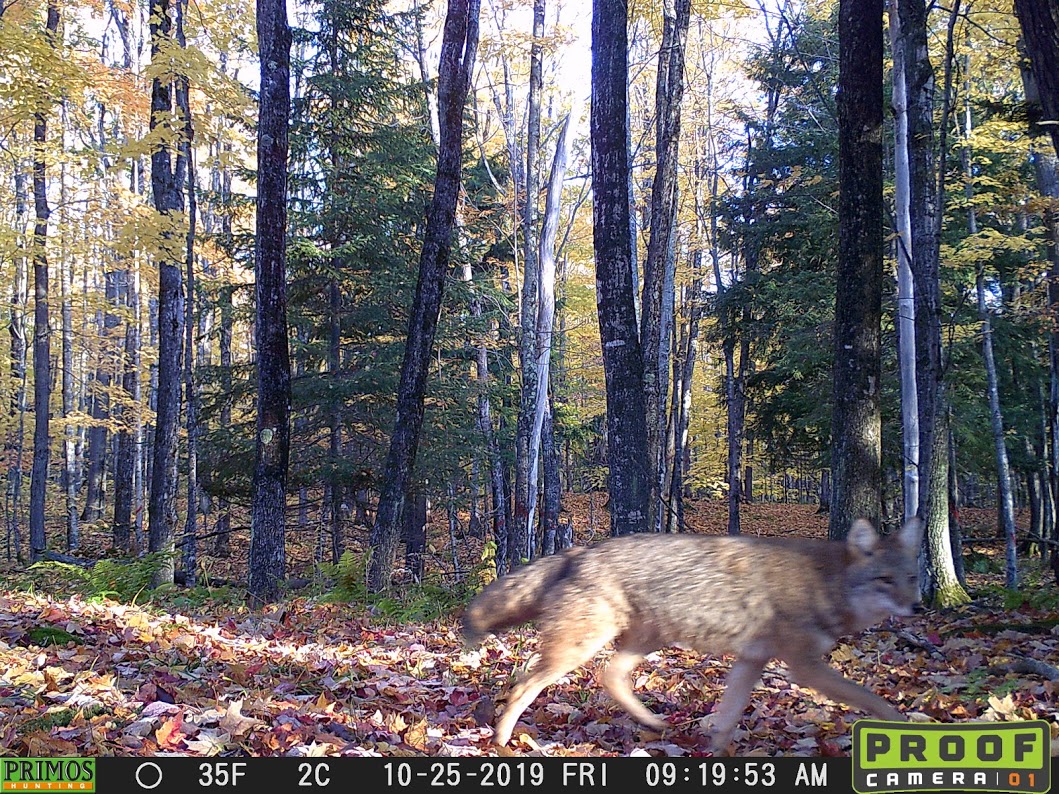