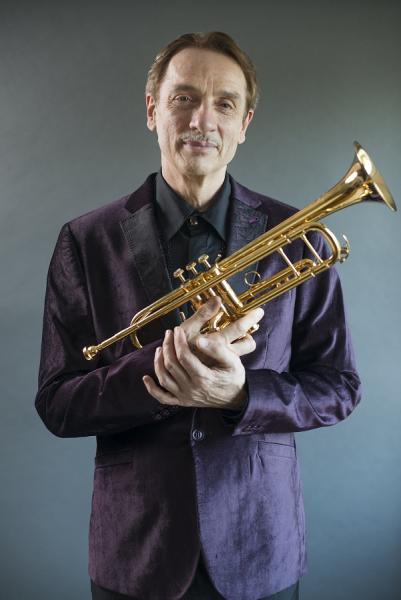 The annual Northern Michigan University Jazz Festival will be held Wednesday, April 10-Friday, April 12. Thanks to a unique collaboration with the Marquette Symphony Orchestra, this year's Jazz Festival will feature trumpeter Allen Vizzutti. He will participate in an educational clinic and perform with the NMU Jazz Band and Combo in the closing concert at 7:30 p.m. Friday in Kaufman Auditorium.

Tickets are available at nmu.edu/tickets for $6 for non-NMU students, $8 for NMU students with ID and $12 for the general public.

The festival will also include a Thursday night concert by the NMU Jazz Festival Faculty Combo around the theme “Kind of Blue: Celebrating 60 Years.” The Iron Mountain High School Jazz Band I will also be featured. The event begins at 7:30 p.m. in Reynolds Recital Hall. Tickets are $4 non-NMU students, $6 for NMU students and $10 for the general public.

Featured trumpeter Vizzutti has taught at leading universities throughout the world, including the Eastman School of Music, the Banff Center for the Performing Arts and the Trompeten Akademie of Bremen, Germany. His extensive treatise, “The Allen Vizzutti Trumpet Method” and his “New Concepts for Trumpet” have become standard works for trumpet study worldwide.

The NMU Jazz Festival is an annual educational event that brings talented students to NMU from throughout the region to celebrate jazz music. Registered high school and middle school ensembles will perform in scheduled time slots throughout the three-day period and then receive feedback and work with festival clinicians. Performances and clinics will all take place in Reynolds Recital Hall and the Northern Center (formerly University Center).

Vizzutti's clinic is scheduled for noon Friday in Reynolds Recital Hall. It is open to the public.