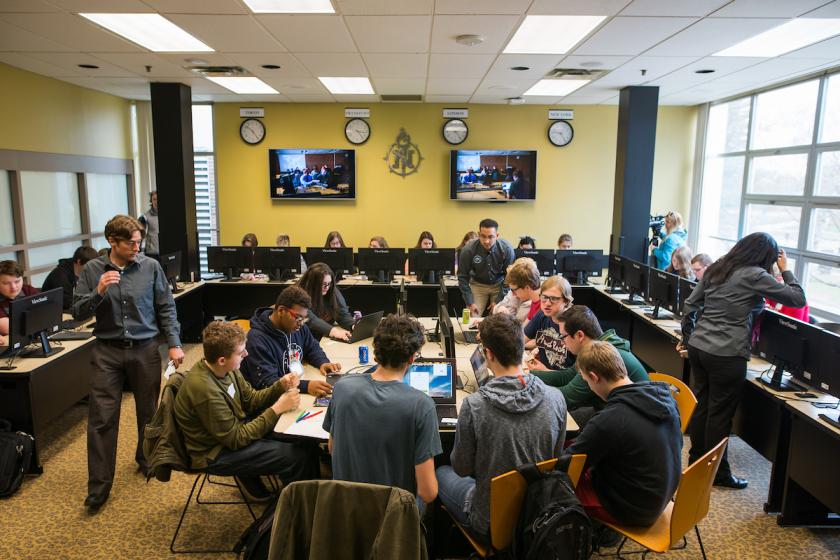 Northern Michigan University is featured by the Center on Rural Innovation (CORI) as part of its initiative to catalyze digital economy job growth across the United States.

CORI and its sister organization, Rural Innovation Strategies, Inc. (RISI), recently named Marquette as one of 10 communities nationwide to participate in its 2020 Rural Innovation Initiative, which is bringing technical assistance funded by the U.S. Economic Development Administration to create digital economy jobs around an innovation hub strategy.

CORI highlighted Marquette as a community of innovators and entrepreneurs driving new digital technologies and training the next generation of cybersecurity leaders.

A delegation from  CORI visited NMU and other Marquette locations in January. The trip was prompted by the CORI announcement a few days earlier that Marquette, led by the Innovate Marquette Smartzone in partnership with NMU, was one of 10 entities selected from more than 100 nationwide to participate in the 2020 Rural Innovation Initiative.

Innovate Marquette Smartzone is located with Invent@NMU on Presque Isle Avenue. Along with other local economic development organizations, the two partner on efforts to grow and maintain a successful entrepreneurial ecosystem.

CORI recognized the challenges faced by Marquette's economy in the wake of the Air Force base closure and declining demands for iron and extraction industries, the newsletter stated.

“Marquette's growth slowed and then reversed, leaving few new economic opportunities outside of tourism, recreation, and the service industry,” said Dunne. “In the midst of this crisis, local leaders took the region's economic fate into their own hands. In an inspiring example of rural resilience and grit—what the locals call ‘sisu' in tribute to their Finnish roots—Marquette and the UP built a plan for an innovation economy for the region's future.”

Doug Lynott of the U.S. Economic Development Administration, one of the financial sponsors of the Rural Innovation Initiative, also visited NMU Feb. 13-14. Hestated that the RISI team appeared highly impressed with the vibrant ecosystem that community and regional stakeholders have been steadily building over the past decade to cultivate the technology and cybersecurity sectors of its economy.

“The cross-sector partnerships you have already established can serve as the foundation for more extensive collaboration, both locally and regionally, necessary to both address critical community development issues and economic diversification aspirations. Congratulations for what you have accomplished together so far, and for your interest in working with EDA to establish and reach additional strategic objectives on behalf of the U.P.'s communities and residents.” 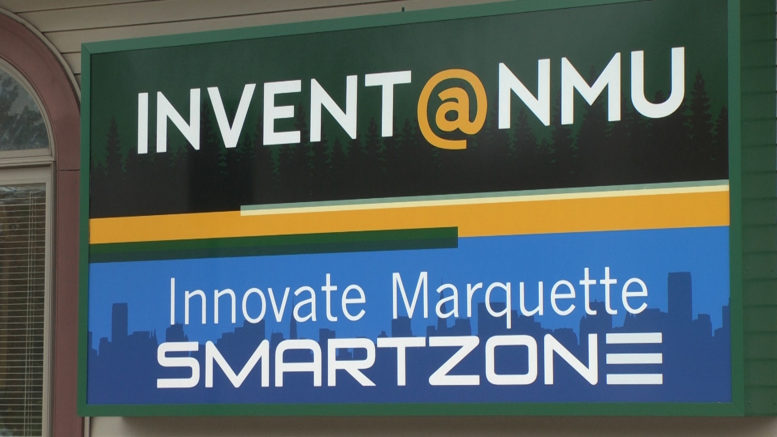