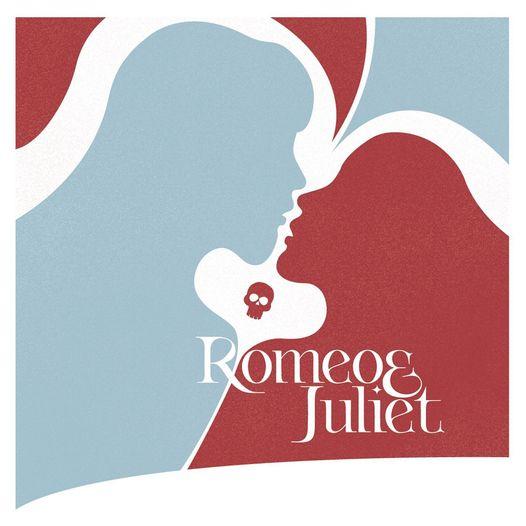 Northern Michigan University's Theatre and Dance department will present a modern twist on the literary classic Romeo and Juliet with a filmed production available for viewing Monday, May 10-Wednesday, June 30. This production of Shakespeare's infamous tale of two star-crossed lovers will be the department's first full-length film.

“The show is professionally filmed by the NMU Marketing and Communications video team on the Forest Roberts Theatre stage with several cameras, some static and some moving,” said Professor of Theater Paul Truckey, who is directing the production. “The edited scenes are very exciting, especially the fights. I believe that audiences will really enjoy the film, which looks very much like a movie but still keeps the feel of live theater.”

The production shares the story of lovers Romeo Montague and Juliet Capulet, whose families are sworn enemies. Though their union is forbidden, Romeo and Juliet hatch a plan to be together against all odds. In this rendition of the tale, both Romeo and Juliet are played by females, sending a message to audiences that “love is love,” according to Truckey.

Freshman musical theater major Sophie Shrauger plays the role of Romeo. She said that being cast in that part was an unexpected yet fulfilling and fitting experience.

“I was originally auditioning for Juliet,” said Shrauger. “Paul asked Rebecca, who plays Juliet, and I to read a scene together. He was not even planning to cast a female as Romeo, but as soon as we read together it felt like everything snapped into place perfectly. I am very close to Rebecca. She's like a sister to me. The love you see on screen is a genuine reflection of our friendship.

“Throughout the process, I have really enjoyed getting to explore Romeo's depth as a character and the underlying messages that playing Romeo as a woman is able to bring out. Many characters in the show are in love with and fascinated by Romeo.”

Shrauger said that working on this production has been her favorite theatrical experience to date.

“I have never actually been able to work on an in-depth film like this,” she said. “From the many takes to the experience of simply being on set with a camera crew, boom mics and more, this phenomenal experience ignited within me a bigger passion for film acting. It was a reminder to me of everything that I came to NMU for.”

Truckey said that in order to rehearse a fully staged show, the cast needed to comply with COVID-19 protocols, which further inspired his directorial approach.

“We've set the play in modern times during a pandemic in which the Montagues and Capulets have been quarantined in one street corner, unfortunately having to live across the street from one another,” he said. “This is not a great formula for two families that hate each other. The actors wear masks.”

Shrauger added, “When you do Romeo and Juliet, everyone expects it to be set in Verona during the 1590s, with characters dressed in big ball gowns and such. Since this show is set during a post-apocalyptic pandemic, it's more current. Audiences will practically feel our characters' desperation for contact and for human connection. I think that audiences will really enjoy how real and how raw the show is. Plus, the fight scenes are incredible.”

Tickets are $17 for the general public, $12 for seniors, military and NMU employees and $5 for NMU students. Tickets are available for purchase here. A link to the filmed performance will be emailed to ticket holders before their chosen date. Ticket holders will be able to watch the performance as many times as they would like during the dates listed above.