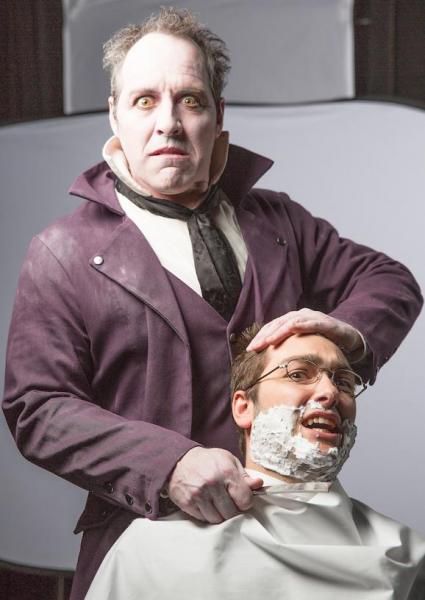 Sweeney Todd is based on the book by Hugh Wheeler, with music and lyrics by Stephen Sondheim. It was the winner of eight Tony Awards. The musical tells the unsettling tale of a Victorian-era barber who returns home to London after 15 years of exile to take revenge on the corrupt judge who ruined his life. When revenge eludes him, Sweeney swears vengeance on the entire human race, murdering as many people as he can, while his business associate Mrs. Lovett bakes the bodies into meat pies and sells them to the unsuspecting public.

Paul Truckey, former Broadway actor and NMU faculty member, will star in the lead role. He is joined by NMU students and community members. For the full cast listing, visit nmu.edu/frt.

Tickets are $15 for the public, $10 for students and $5 for NMU students. They are available online at tickets.nmu.edu or at any NMU EZ Ticket outlet.

For more information, contact the Forest Roberts Theatre Box Office at 227-2082 or via email at frtbox@gmail.com.