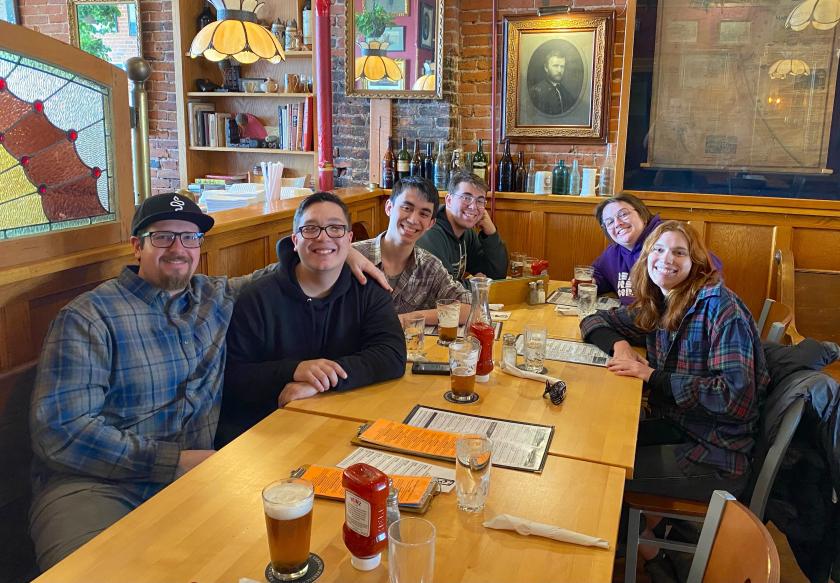 Members of the "All Hop'd UP" production team at The Vierling, where it all started. From left: Mattson, Paczesny, Plettau, Perez, Goodall and Platt

At least two of the documentaries being screened at the Fresh Coast Film Festival Oct. 13-16 in Marquette were created by NMU alumni and students. Cameron Mattson and Kevin Paczesny, who began collaborating on projects as NMU digital cinema students, will premiere All Hop'd UP, which explores the unique craft brewing subculture that has been growing in the Marquette area since the mid-1990s. Current student Fischer Genau's first film, From the Ground Up, is about Partridge Creek Farm in Ishpeming, where he is completing an internship.

The annual Fresh Coast Film Festival (FCFF) celebrates the outdoor lifestyle, water-rich environment and resilient spirit of the Great Lakes and Upper Midwest. Co-directors Mattson and Paczesny, who earned their BFAs in art and design in 2021 and 2020, respectively, have had three previous films screened at the FCFF. Subjects included a start-up flour business, volunteers who came together to build an old-school skiff boat from a wooden kit they got from Europe, and 2021's Diving UP, about scuba adventures in Lake Superior.

This year's All Hop'd UP gives voice to some of the pioneers and newcomers behind the local craft brewing phenomenon they have come to call “The Rising Tide.”

“We set out to tell the story of two places, Ore Dock and Black Rocks—how beer is made, why it tastes so good—but it unfolded differently as we worked on the project,” said 2021 NMU alumnus Mattson during a phone interview. “It quickly turned into how breweries started popping up in general and expanded from two businesses to five. We tell each story individually, but the overarching theme is how the subculture popped up in Marquette, starting with The Vierling, and grew. That became more interesting than how beer is made.”

The films Mattson and Paczesny produce are 4-6-minute documentaries, typically about nature activities and food. They always have future projects in the pipeline.

Mattson said the next one in the queue will explore the intricacies and challenges of laying track and creating the only steam-powered railroad in the Upper Peninsula, which will run alongside the only steam-powered flour mill in the country. Both are privately owned by the same individual and intended as a future tourist attraction. Mattson personally contributed sweat equity to the project, putting to use the welding certificate he earned from Northern in addition to his BFA.

Genau is a sophomore from Midland majoring in English with a concentration in writing. He began dabbling in photography and videography in high school, with projects that often revolved around skiing and skateboarding.

After graduation, he and a friend spent a gap year traveling the country in a 2003 Chevy Express. They shot weddings as their “bread and butter” to afford gas for the van and other projects just for fun. Geneau said life on the road expanded his world view and introduced him to new experiences, but he tired of the nomadic routine of being uprooted all of the time and settled in as a student at Northern.

“I got to attend Fresh Coast last year; it was really inspiring to be there and I met May [Tsupros], the director of Partridge Creek Farm,” Geneau said. “A nonprofit, educational farm sounded like a cool organization. When I learned they were thinking about hiring someone to create a longer video about the organization, I applied for a one-year internship to do that project for them and more. I didn't know much about organic farming when I started, but it's a cause I believe in.

“It's awesome and definitely a little scary that the film will be at Fresh Coast. I've never had my work shown in this way. It's exciting to be on the inside and I hope to interact with other filmmakers. At the first screening on Friday, pretty much the whole staff of Partridge Creek will be there, as well as interns and community members. That will be great, because I felt like I was making it for them. The good work people are doing in Ishpeming is special.”

Both All Hop'd Up and From the Ground Up are included in the same “Grow Yer Own” block of films that will be shown twice during the festival: at 10 a.m. Friday, Oct. 14, at Ore Dock Brewing Co.; and at noon Saturday, Oct. 15, in the Masonic Building Blue Room. 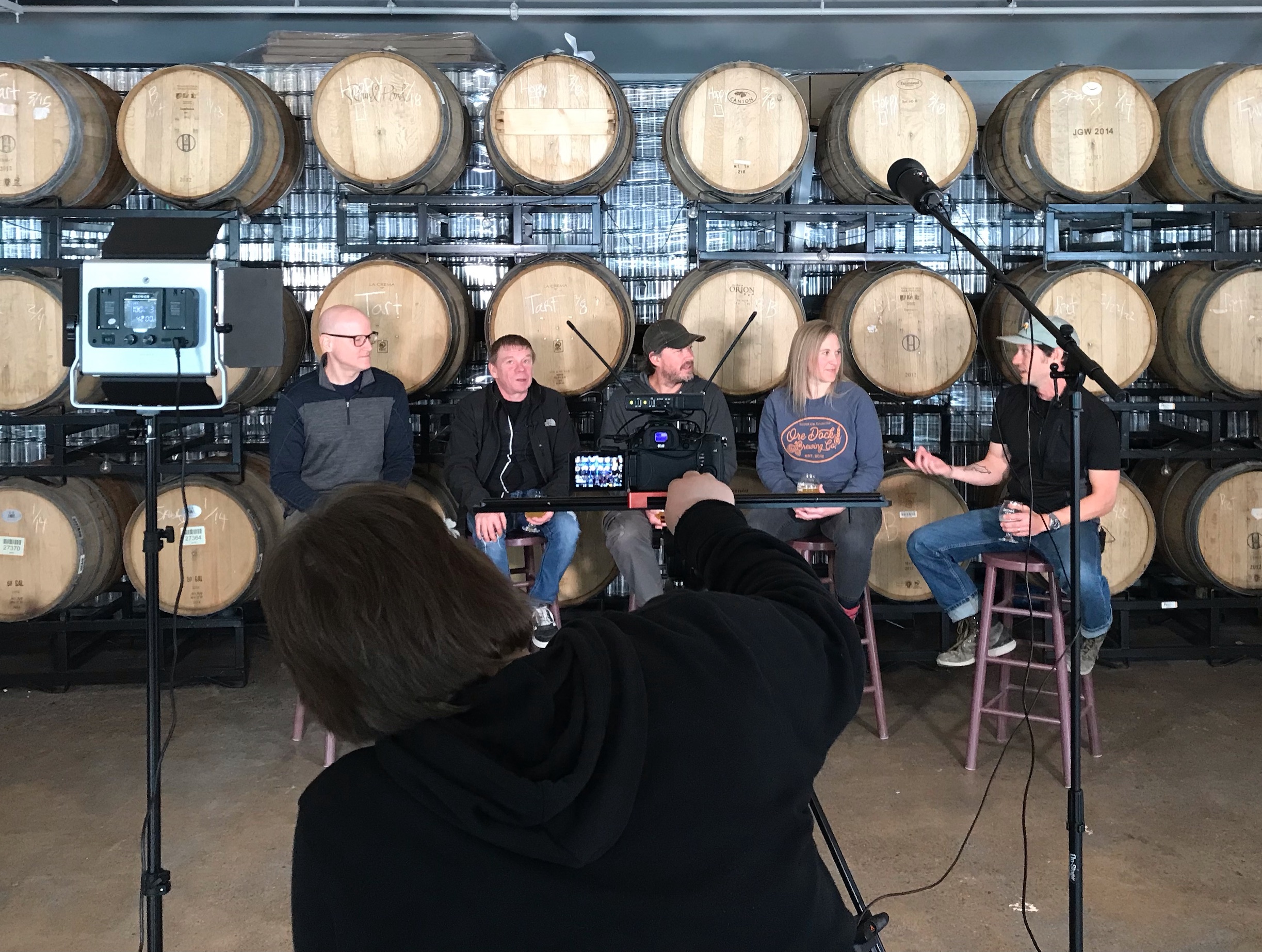 An "All Hop'd UP" production photo at a local brewery 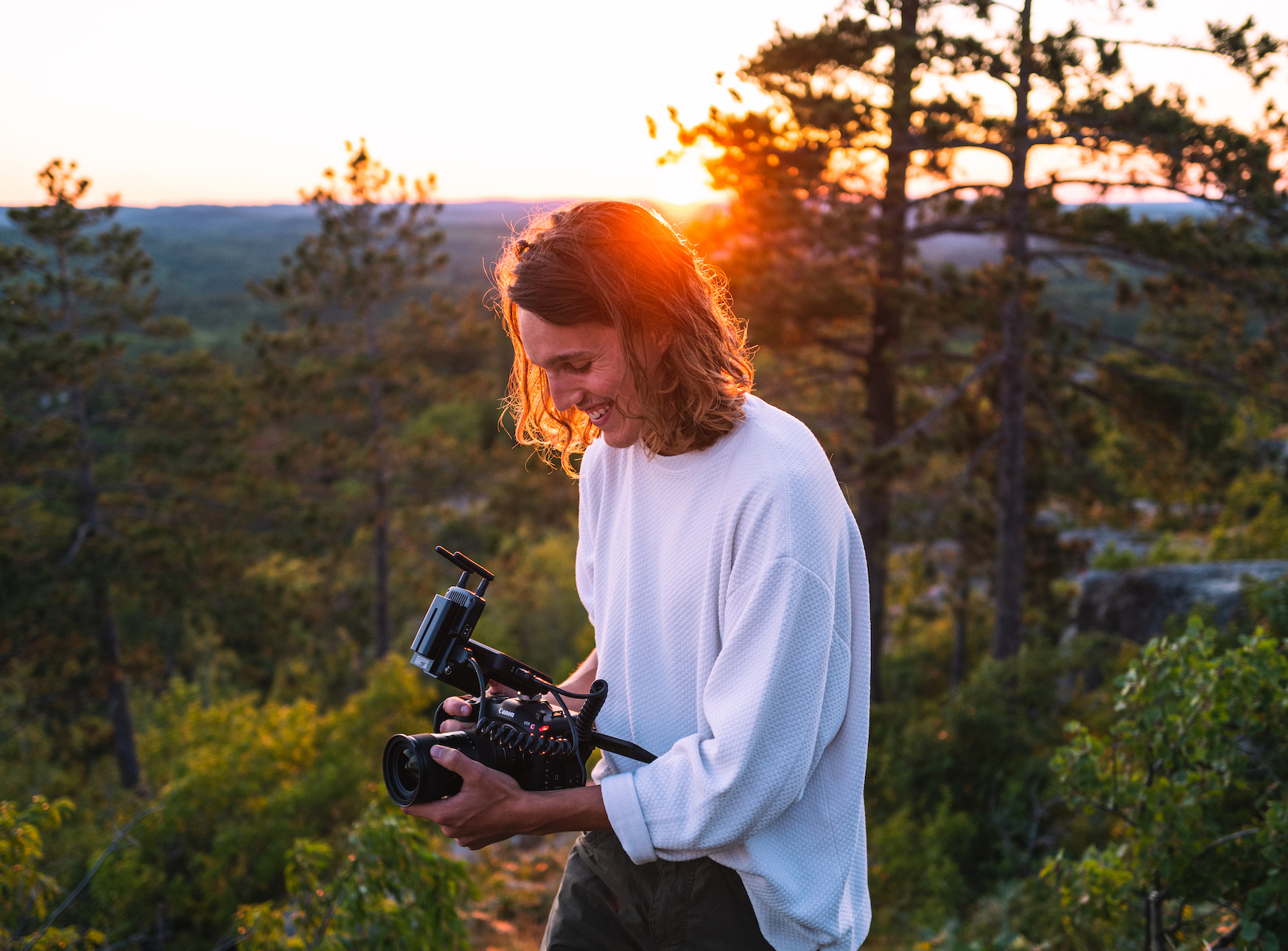