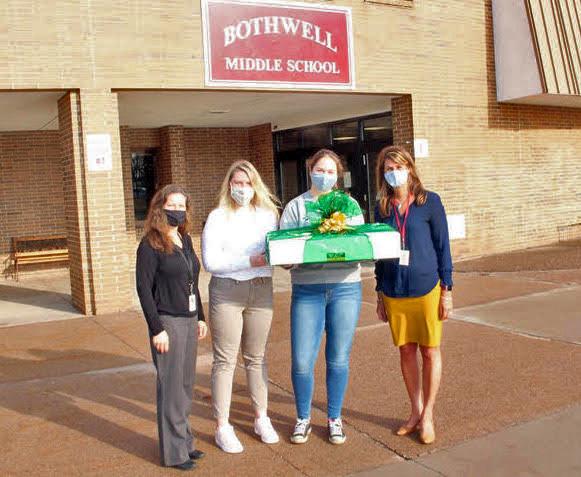 Northern Michigan University students have delivered cookies and brownies to various Marquette locations to express appreciation on behalf of NMU for the above-and-beyond efforts demonstrated by teachers, first responders and nursing home staff members during the pandemic.

“We wanted to thank the people who have been in the heat of all of this since day one, and what better way to do it than with cookies and brownies?” said St. Onge, who coordinated the show of support. “We came up with a list of 12 places and called them before placing the catering order with NMU Dining. All were so were so happy that we were thinking of them.

“The President's Office wrote very thoughtful notes to accompany the deliveries. It was an honor to show our community frontline workers how much NMU cares about them. The entire CSE [Center for Student Enrichment] has come together to help with the deliveries and it has been amazing.”

Most of the deliveries took place today (April 8), with a couple more scheduled for April 9.