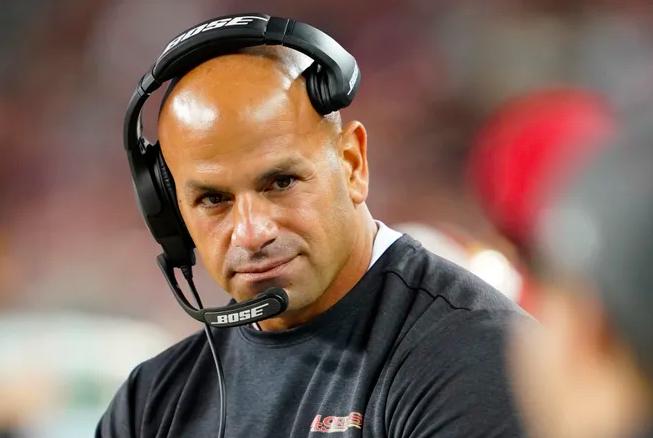 Northern Michigan alumnus and native Michigander Robert Saleh is the new head coach of the New York Jets. He spent the past four seasons as the San Francisco 49ers' defensive coordinator and has coached in the NFL since 2005.

Saleh grew up in Dearborn. He was a four-year starter at tight end for the Wildcats, earning all-conference honors, and graduated with a bachelor's degree in financial management in 2001.

According to a Jets press release, Saleh will become the 20th head coach in franchise history. His consistent ability to improve teams' rankings across defensive categories made him a prime candidate.

In 2019, the 49ers finished second overall in the league in total defense, with its 281.8 yards/game allowed the best by the team since 1997, and first in pass defense. That performance helped Saleh earn The Sporting News' Coordinator of the Year award.

Before entering the pro coaching ranks, Saleh extended his Michigan roots with two seasons as an assistant coach at Michigan State and one at Central Michigan. He made a brief stop at the University of Georgia in 2005 before heading to Houston.