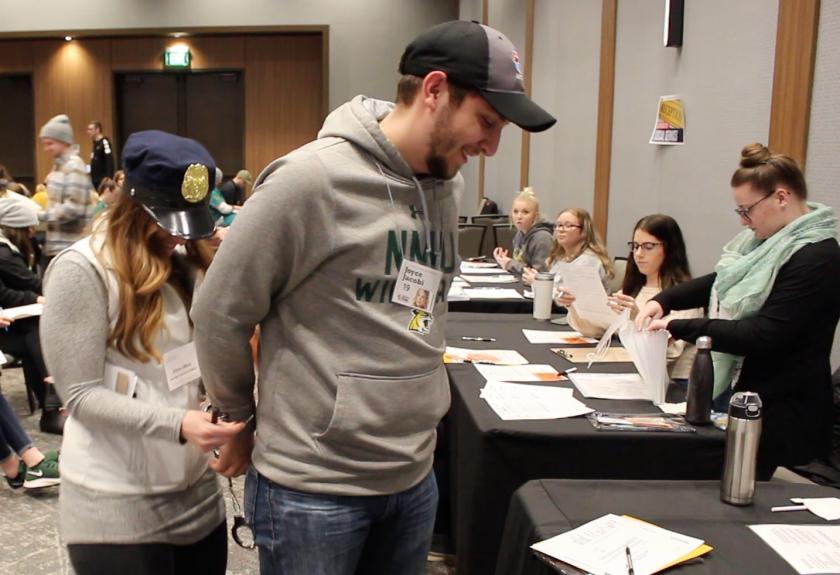 A participant is "arrested" for child abandonment and neglect.

About 80 NMU students representing various academic majors recently participated in a poverty simulation at the Northern Center. The experience was far more impactful than a traditional lecture in helping students comprehend and empathize with situations they are likely to encounter in their careers.

“It's hard to imagine for those who haven't lived it, and rural poverty is oftentimes hidden,” said Terry Delpier, an NMU nursing professor who coordinated the simulation with a diverse team of faculty and the help of about 30 volunteers. “There's a tendency in our culture to blame people for being poor—that they did something wrong or there's something wrong with them. But the research shows most people have no money because of something systemic, often related to health care or a medical emergency and inadequate insurance coverage.

“Experiential learning is the best way to raise awareness about situations and attitudes that develop in the context of poverty. I thought of myself as pretty knowledgeable until I went through this poverty simulation in Grand Rapids. I was a three-year-old child of a single parent. My sister and I got picked up by Child Protective Services. I remember looking at the woman who played my mother and the impact on her face when she realized we were gone. It was powerful, and I knew we had to bring it to NMU.”

Lining the perimeter of the Northern Center Grand Ballroom were staffed tables that signified municipal entities. There was a community action center, school, daycare, social service agency, renter, bank, pawn broker, quick cash outlet, health center and major retailer. There was also a jail, where at least one individual was transported after his arrest for child abandonment and neglect.

“You definitely get more insight into what families have to discuss in times like this and how they have to plan out everything to make sure they have money to pay for rent, utilities and food for their kids,” he said. “Plus, they have to find time to do all of that with the limited amount of time they have. This will definitely give me valuable perspective for teaching. When a kid comes to school with no lunch, I'll understand what his family might be going through and the stress that can put on a child.”

“He had a mild stroke with partial paralysis and couldn't work,” she said. “He tried to get recertified for benefits, but the office was closed. Nurses deal with many patients from different backgrounds and life situations who are facing pressures. Trying to pay the mortgage was the most challenging. This will definitely be helpful. It's a lot like real life, except it's rushed to condense four weeks into a couple hours.”

Delpier said an NMU faculty grant made it possible to purchase the poverty simulation unit. It is put to use twice per semester. 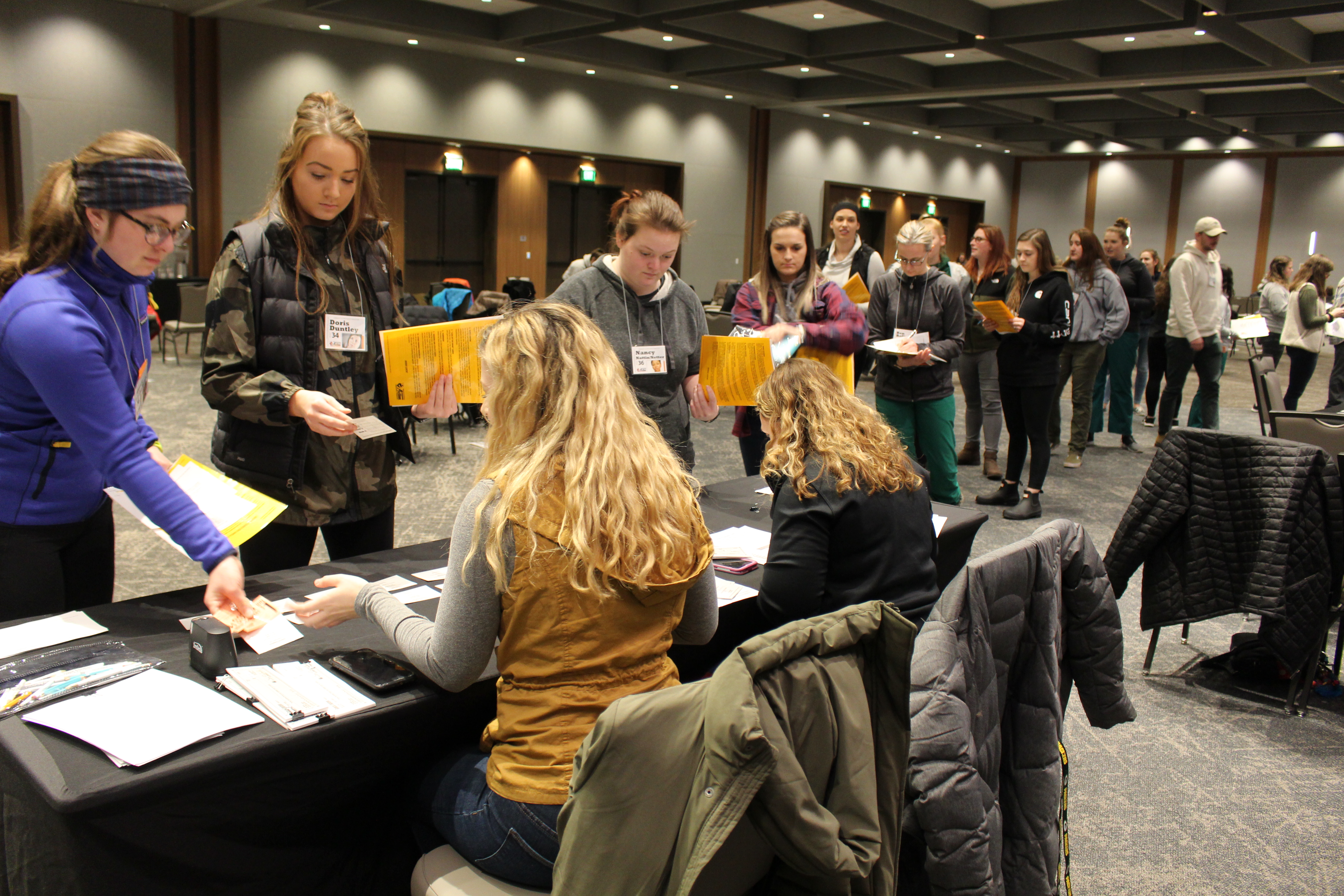 Participants wait in line at an employer. 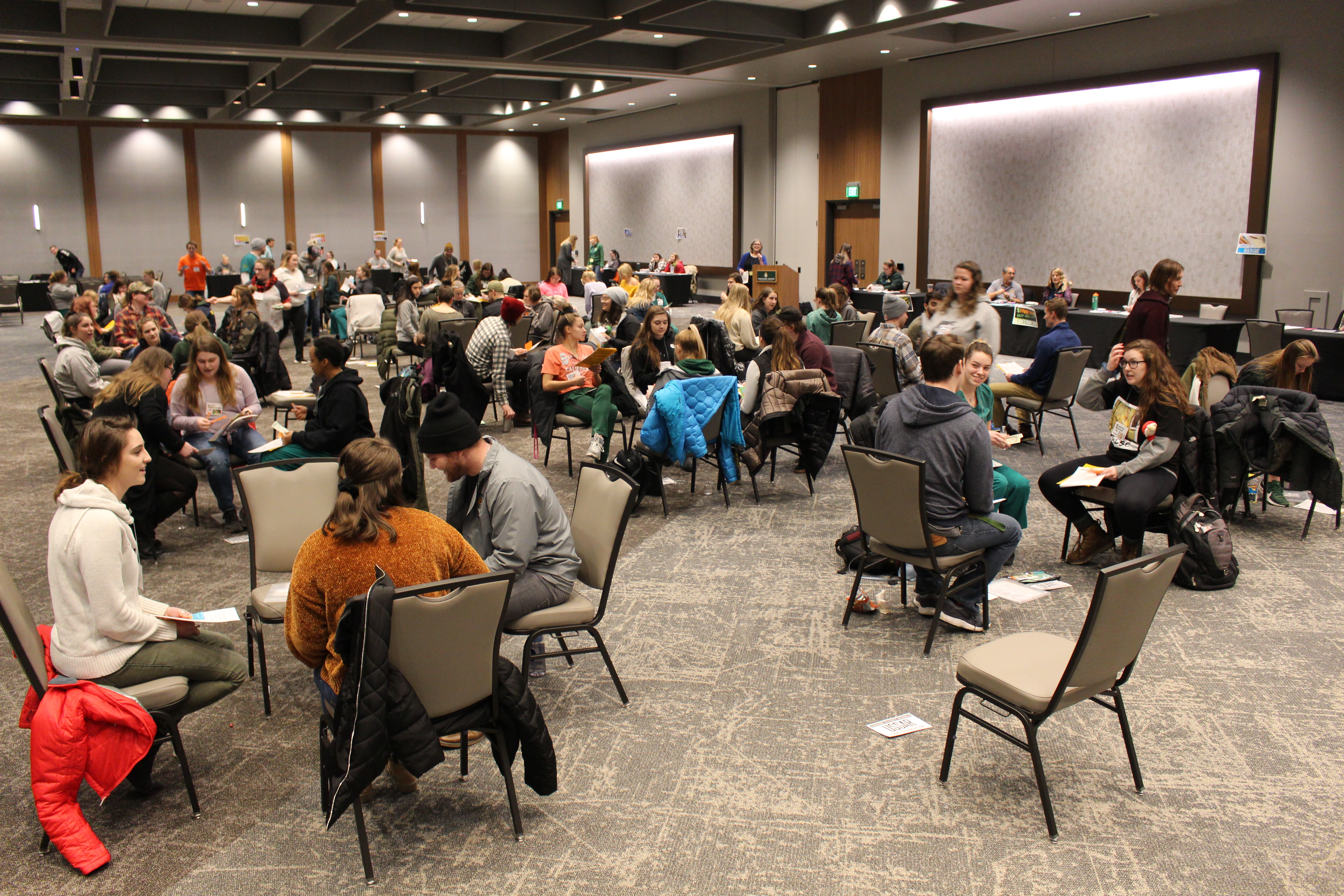 Brief breaks were held between each of the four "weeks" in the simulation.
Prepared By