As part of a 40th anniversary NMU men's rugby reunion, former and current players joined in honoring an alumnus who is confronting ALS.

Before the Aug. 31 game between the NMU club team, known as the Moosemen, and Duluth, the ROTC Wildcat Battalion presented colors and played the national anthem in honor of retired U.S. Army Lt. Col. Tom Wilson. A jersey made especially for him was presented by the team to the original Moosemen coach, Chuck Delpier. The jersey will be sent to Wilson at his home in Virginia, as he could not personally attend the reunion.

“I think it's great what they did,” said Kevin “Dooley” Krueger, Wilson's best friend and former teammate from 1983-86. “ALS is a tough thing to deal with, no doubt about it. Tom has been amazing about being open, being honest and raising awareness as much as he can. He has a tattoo that says ‘raise your voice.' Even though this disease has affected his speech, he doesn't let that stop him. We raise his voice by raising our own.”

In a conscious effort to raise awareness of ALS, reunion attendees wore wristbands colored red, which symbolizes the disease. An alumni game followed the NMU-Duluth matchup. The reunion was coordinated by former players, including Steve Nemeckay.

“Rugby is just a rare breed,” said Nemeckay, who played alongside Wilson as a freshman. “It's different than any other sport when it comes to camaraderie, supporting each other and always looking out for each other. I have not seen the support when it's needed to the level rugby guys show it, and I've played a lot of sports. It's a real brotherhood unlike any other sport I've been a part of.”

The NMU Moosemen club team was formed in 1979, but became more firmly entrenched in the early 1980s. In addition to regular reunions, many former players keep in more frequent contact through text messaging and social media. 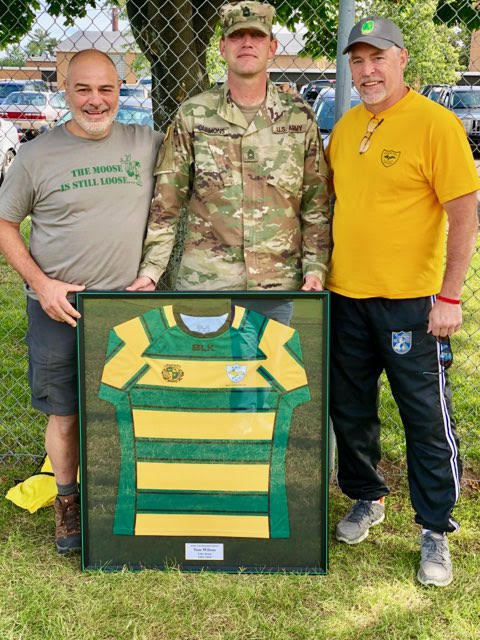