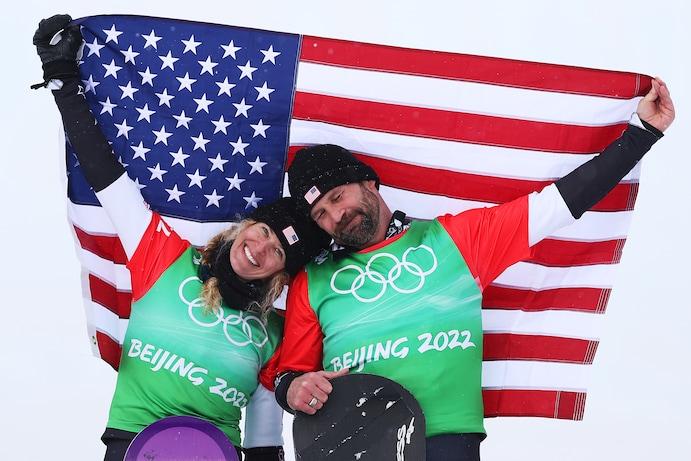 Former NMU student and Wildcat football player Nick Baumgartner became the oldest snowboarder to win an Olympic medal and the oldest U.S. gold medalist at the Winter Games since 1948. The 40-year old Iron River native partnered with Lindsey Jacobellis to win the mixed-team snowboard cross in the event's Olympic debut in Beijing. He demonstrated resilience and determination in making his first appearance on the podium in four Olympics.

For Baumgartner, the mixed snowboard cross result was a successful rebound from the disappointment he expressed in an emotional interview after his10th-place finish in the men's snowboard cross. He had finished fourth in the event at the 2018 Winter Games.

Baumgartner attended NMU during the fall 2000 semester and, according to Wildcat Athletics, was part of the football program before pursuing his goals related to snowboard cross. Before attending Northern, the West Iron County High School graduate was an All-American and state champ in wrestling, state champion hurdler, and All-State football player.

Besides competing in four straight Olympics, Baumgartner participated in the 2011 and 2012 Winter X Games, capturing a gold and silver medal.