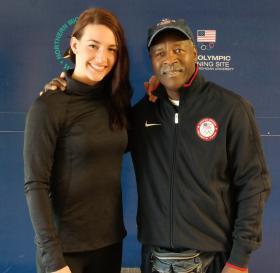 Mitchell was 43-1 as a boxer in his native Philadelphia before he moved to Marquette in 1989 to direct the USOEC boxing program. He has been an influential member of the national boxing community for nearly 60 years and has touched the lives of many youngsters. Mitchell has worked with ring champions Vernon Forrest, Larry Nicholson, David Reid, Mike Tyson and Floyd Mayweather, among more than 800 national champions. Mitchell has provided boxing instructions to hundreds of athletes at the amateur, Olympic and professional level. He also served as legal guardian of his high school boxers in the USOEC program in Marquette. He was USA boxing coach of the year in 1994, head coach of the 1996 Atlanta Olympic U.S. boxing team and technical adviser to the U.S. boxing team at the 2004 Athens Olympics and the 2012 London Olympics, among other major positions.

Escanaba native Dagenais has transformed the NCAA Division I University of Central Florida volleyball team into a nationally recognized program. Since assuming the head coaching duties in 2008, he has twice been named the American Athletic Conference coach of the year. Dagenais has a .660 winning percentage at UCF and, with a 212-140 record, is 25 wins away from setting a school record entering the 2019 season. He previously served as an assistant at NMU and later served as associate head coach at both Michigan State University and the University of Southern California (USC). Dagenais is also a staple with the USA Volleyball program and served on the 2004 coaching staff in the Olympic Games in Greece.

Mannisto was an all-around athlete and coach, earning eight letters in four sports at Bessemer High School and MVP of the 1949 football team. He had a U.P. record 54.6 run in the 440-yard dash in 1950. He played basketball and ran track at Gogebic Community College, then after a two-year hitch in the Army, went to NMU and was MVP of the 1955-56 basketball team. Mannisto coached basketball at Suomi College for two seasons, then led Bessemer's baseball team to the league title in 1961 and was basketball coach at Hancock High School (85-42 record). He also assisted in football and track, spent four years as Hancock's athletic director and five years as the city's recreation director. He also officiated four sports during the 1960s and ‘70s.

Wonders was a three-sport athlete at Lawrence, Mich. High School. She played basketball (three-time MVP) and softball all four years and volleyball for three years. She played basketball for two years at Lake Michigan College, is in that school's hall of fame and was an NJCAA All-American (1,103 points) before transferring to NMU. As a Wildcat, she set the single-season scoring mark of 715 points (1,208 career) and was team MVP, GLIAC player of the year and Kodak All-American in 1993.

Valesano was an All-U.P. selection in high school football and basketball. He helped the Wakefield Cardinals to the state basketball semifinals in 1954, then led the U.P. in scoring as a senior (23.6 ppg). Also a premier sprinter, Valesano joined the U.S. Army in 1955 despite having a football scholarship offer from the University of Wyoming and a basketball scholarship offer from Furman University. He then played football at NMU, earning NAIA third-team All-America in 1960 before signing as a free agent with the NFL's Detroit Lions. Valesano was inducted into NMU's athletic hall of fame in 1980.The selections were made recently by the U.P. Sports Hall of Fame executive council, who chose from 155 candidates in the pre-1970 division (three are selected) and 170 in post-1970 (seven are selected).

The 49th annual induction banquet is May 9, 2020 at the Island Resort & Casino in Harris. 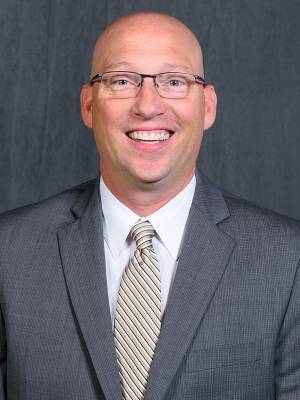