Stabenow to Speak at NMU Commencement 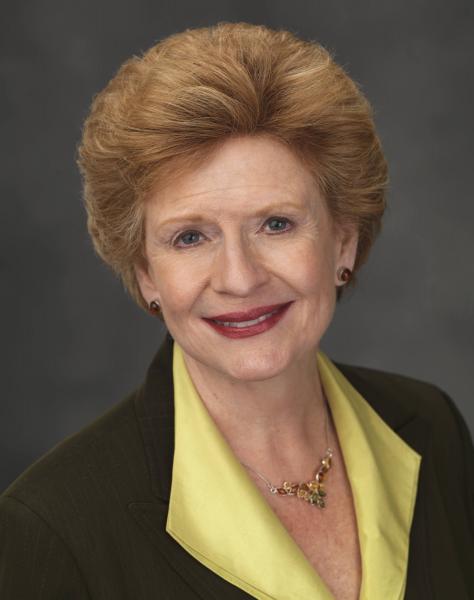 United States Sen. Debbie Stabenow will serve as the keynote speaker at Northern Michigan University's commencement on Saturday, May 4. The ceremony begins at 10:30 a.m. in the Superior Dome. Stabenow is Michigan's first female U.S. Senator.

“It's truly an honor to be invited to speak at Northern Michigan University's commencement," she said. "I'm looking forward to celebrating this special day with all of the graduates, their families and their friends.”

“We are so pleased that Sen. Stabenow has accepted our invitation to address Northern graduates,” said NMU President Fritz Erickson. “She has consistently demonstrated support for the university's efforts to secure wireless spectrum and expand its Educational Access Network across the Upper Peninsula, bringing high-speed internet to rural and underserved areas.”

Stabenow invited Erickson to the U.S. Senate Democratic Rural Summit last October, saying, “…NMU is leading the way in Michigan to improve the quality of life for people in small towns and rural communities. I'm honored to support NMU's innovative work to expand high-speed internet to students in the U.P. and northern Michigan.”

Northern's broadband initiative aligns with one of Stabenow's priorities as Ranking Member of the U.S. Senate Committee on Agriculture, Nutrition, & Forestry. She joined colleagues in signing a letter to President Trump last year, urging him to include “robust funding” for rural broadband as part of any comprehensive infrastructure proposal. In the bipartisan 2018 Farm Bill she coauthored, Stabenow secured provisions to expand high-speed internet in rural communities to grow the rural economy.

Erickson said Stabenow is also committed to workforce development and filling the critical need for skilled employees. Northern plays a role in that, as one of few Michigan universities to offer educational programs from the one- and two-year certificate/diploma through the doctorate level. NMU also designs professional training programs based on industry demand. Stabenow held a 2017 workforce discussion at the Jacobetti Complex on campus as part of a series of similar events across the state.

NMU's complete ceremony, including Stabenow's speech, will be broadcast live on WNMU-TV (Public TV 13) and streamed online at nmu.edu/commencement.