Students 'Come Together' for Beatles Class 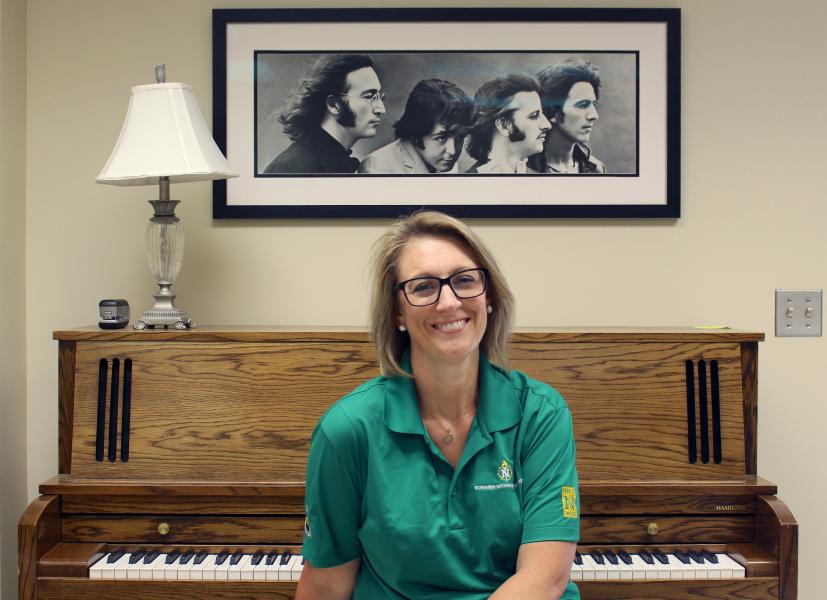 Colwitz with a Beatles poster backdrop

The newly released film Yesterday imagines a world in which the Beatles never existed, except to a struggling singer-songwriter who becomes an overnight sensation performing the band's back catalog. The premise demonstrates the enduring legacy of what many consider the most influential group of all time for its impact on culture and recording techniques. Fifty years after it disbanded, the fab foursome continues to captivate a new generation, as evidenced by the 170 Northern Michigan University students registered for a fall course titled “The Beatles: Their Music, Their Times.”

NMU music professor Erin Colwitz has been a loyal fan since she discovered The White Album at age 12. Fascinated with the Beatles' story, she voraciously read material written about them and listened to all of their recorded music. When the University of Southern California offered a wildly popular course on the group while she was a teaching assistant there, Colwitz was determined to put her own stamp on the subject when she joined the full-time faculty ranks. Her first course on the Beatles at NMU last fall received an enthusiastic response from students.

“My approach is to intersperse cultural perspectives with the songs and the meanings behind them,” said Colwitz, who recently attended Paul McCartney's concert at Lambeau Field. “I explore why the Beatles became a worldwide phenomenon and moved people in such a way, and why they were so important to British and American culture. It had a lot to do with the time period of the ‘60s. Art imitates life at some point, and they really played off what was happening in the world.

“At the beginning of their career, the songs were very much love letters to their fans. But starting with Help, there was a shift and much of their writing served as commentary.  There were some exceptions of songs written just for fun, like Here Comes the Sun. George Harrison wrote that after walking around in Eric Clapton's garden.”

According to Colwitz, examples of commentary seeping into the Beatles' music include Get Back, a song inspired by past efforts to restrict immigration to Britain that carries contemporary relevance for students, and Blackbird, which addresses racial issues. She said You've Got to Hide Your Love Away was written for manager Brian Epstein, who had to conceal his homosexuality because he would have faced imprisonment or chemical castration in the United Kingdom, where it was a criminal offense.

Colwitz addresses all of the Beatles' albums in the NMU course and plays most of their hit songs. In addition to sharing quotes from band members on their thought process when they wrote particular pieces, she also delves into their trailblazing production techniques, which paved the way for what would become standard practice.

She said the Beatles relied heavily on overdubs, or layering new recordings of song passages over previously recorded tracks, to achieve a bigger vocal sound. They also overdubbed individual instruments, including “fuzz bass,” which ran through another amp to give it a unique timbre that resembled a funk instrument.

“The concept that you didn't always have to be together in the same room to lay down tracks was relatively new,” she said. “The Beatles were extremely experimental when it came to instrumentation and recording techniques. They started using headphones in recording sessions and they were the first to use feedback in a song. John accidentally hit the D string when he was setting his guitar against an amp and that sound became part of I Feel Fine. He also got the idea in his head once that he wanted to sound like a Tibetan monk standing on a hill and the recording engineers were able to make that happen. They were extremely creative, but didn't realize that so much of what they did in the studio would influence music to the degree it has.”

The course also explores the band members' personalities and relationships with each other. Colwitz polls students every couple of weeks on their favorite Beatle. She said opinions change over the course of the semester.

“Paul was the perfectionist. John could hold his own and came up with extremely inventive chord structure that altered the time signature between duple and triple in many songs. George was a talented guitar player and came into his own as a songwriter, but was quiet and always intimidated by John and Paul. Ringo was cheeky with a good sense of humor. A lot of students love him, but feel bad he didn't seem to get as much respect, especially when Paul would send Ringo to get donuts and lay down the drum track while he was gone.”

Modern films such as Yesterday and Across the Universe, both of which feature covers of several Beatles hits, have helped to keep the music alive for a new generation. So has the course Colwitz teaches. She enjoys supplementing original recordings, including those of lesser-known early material, with an in-depth exploration of the inspiration for the songs and the cultural context at the time.

“There are so many reasons it's important to bring something new to the table like this course and give students another option that might serve as an opening into music, even if they're not Beatles fans. Just as the Beatles were influenced by Baroque-period classical music, perhaps their music might influence some of our students to explore alternative forms of music.” 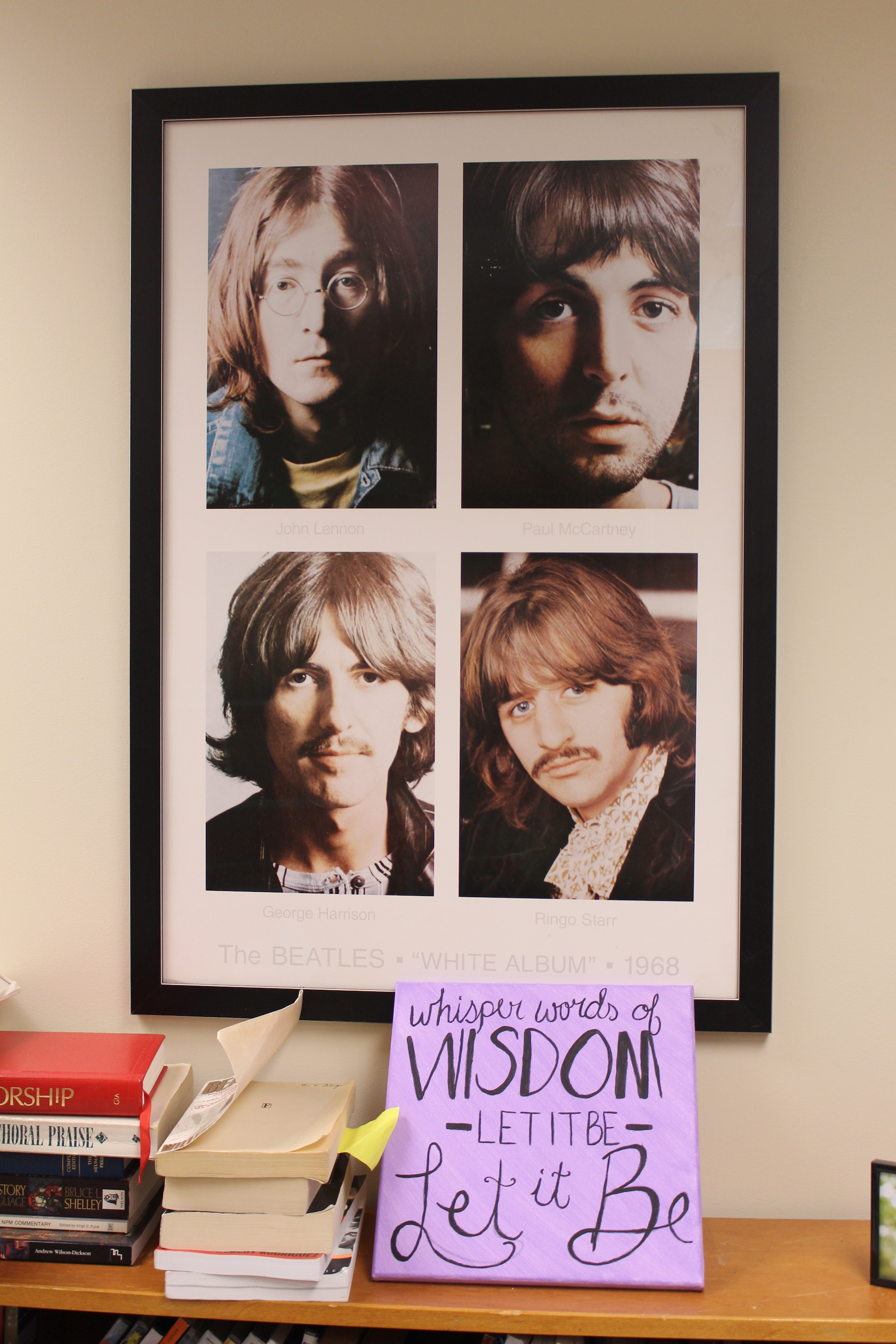