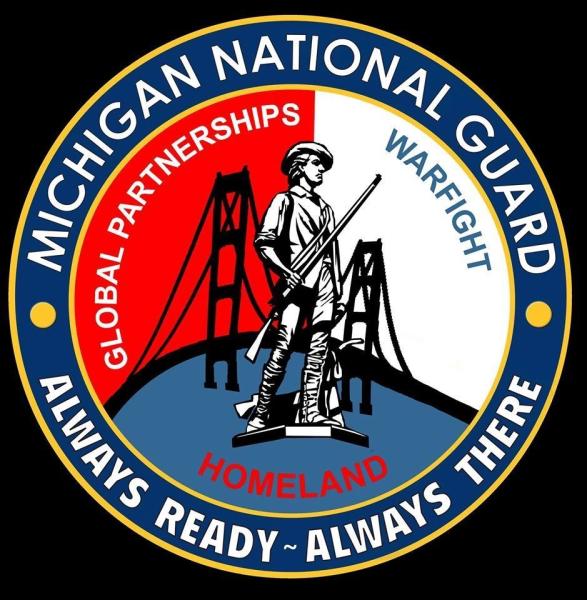 Seventeen Northern Michigan University students who attended during the fall semester, along with NMU alumni, are among the 150 soldiers from the Michigan Army National Guard's 107th Engineer Battalion were deployed Jan. 7. The unit is based in Marquette and Ishpeming. Soldiers gathered with their families and invited guests on campus before departing for southwest Asia for up to a year of duty.

According to a Michigan National Guard press release, they will be operating under Operation Spartan Shield and their mission is to support general construction operations throughout multiple countries in U.S. Central Command. Soldiers will be supporting operations such as fortifying bunkers and entry control points, road repairs, area drainage improvement, and developing logistics support areas while in theater.

"We all sacrifice so much in our personal lives to prepare for such an endeavor, but never realize it until the focus, determination and selflessness comes to fruition for a mission like this,” said Command Sgt. Maj. Benjamin Proehl, the 107th EN BN senior enlisted leader. “These soldiers and their families truly represent what it means to serve. The honor and privilege of serving this country with this group of individuals cannot be described in words. I am truly humbled to deploy with these fine soldiers and look forward to our successful completion of the mission and our return to our loving families. "

The unit is comprised of the Headquarters and Headquarters Company and Forward Support Company. Known by its motto, "Good as Done," it last deployed overseas in 2007-2008 to Iraq in support of Operation Iraqi Freedom. In 2021, the unit mobilized to Washington, D.C. in support of the 59th Presidential Inauguration and Operation Capitol Response— augmenting security operations of the U.S. Capitol Police.

“I am extremely proud of the hard work our Soldiers and leaders have accomplished over the last year in preparation for this deployment. I am humbled by their tenacity, discipline, commitment, and professionalism,” said Lt. Col. Christopher Graham, 107th EN BN commander. “Additionally, I am eternally grateful for the support given to these fine Americans from families, friends, and employers as we deploy to the Middle East. We could not be successful if it were not for their sacrifices.”

The Michigan National Guard Family Programs Office provides support and care for service members and families while enhancing the readiness and well-being of their military families through information, education, programs and resources.