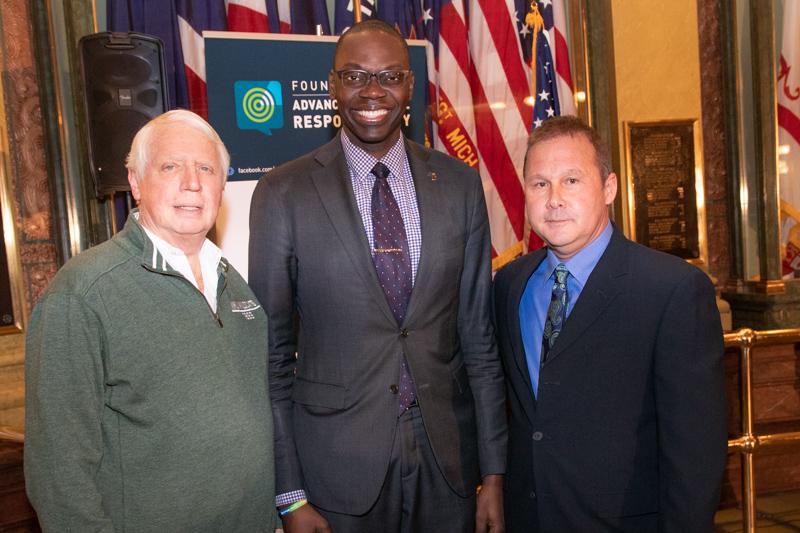 NMU alumnus Brian Swift's parents were killed in 2013 when a logging truck—driven by a man with THC in his system—ran a red light and careened into their car. The Escanaba native channeled his grief into a personal crusade to keep drugged drivers off Michigan roads and spare other families from enduring similar, avoidable tragedies. He and his sister, Patti Swift-Dringoli, were honored Dec. 10 in Lansing for their contributions to landmark legislation that created the nation's first roadside oral fluid testing pilot program.

The siblings received the Kevin E. Quinlan Award for Excellence in Traffic Safety from Responsibility.org during an Impaired Driving Prevention Month awards ceremony. The pilot program resulting from the “Barbara J. and Thomas J. Swift Law” recently expanded to all counties and is administered by the Michigan State Police, whose director is NMU alumnus Col. Joseph Gasper ('97 BA).

Officers who make a traffic stop or respond to an accident and suspect a driver of being under the influence can offer a saliva test, Swift said. Using Abbott Laboratories' SoToxa mobile handheld device, specially trained drug recognition experts can screen for multiple drugs, with preliminary results revealed in five minutes.

“This technology compares with the breathalyzer, which also faced a lot of opposition when it first came out, but is now prevalent,” Swift said. “Europe and Canada have used this technology for years; the U.S. is lagging behind. Our ultimate goal is to make the law permanent in Michigan. We want to get impaired drivers off the road so they don't kill someone. SoToxa is another tool law enforcement can use toward that goal.”

Swift earned a master's degree in public administration from NMU in 1993 and has spent most of his career in politics. He was a senior staffer for Michigan Congressman Robert Davis and director of Northern Michigan operations for Gov. John Engler. His expertise in the political arena proved valuable in his efforts to lobby for the oral fluid pilot program.

“The only reason I was able to get this done was because I knew my way around politics,” said Swift, who is currently executive vice president and CEO of Tarrant County Medical Society, a healthcare advocacy organization in Texas. “The average person doesn't have the ability in a lot of cases to know where to go or how to get help from legislators and get something done. It was a long process, but we got the law passed with the help of a lot of people.”

The driver of the logging truck was convicted of six counts, including two for operating a motor vehicle with the presence of a controlled substance (THC) causing death.

“Drugged driving has surpassed drunk driving as it relates to auto deaths nationwide,” Swift said. “You combine those two with texting, and it's carnage on our roads. People are making a lot of bad choices that kill innocent people. My sister and I don't want other families to go through what we've had to deal with. You don't fully understand how devastating this is until it happens to you.”

In addition to honoring Swift's efforts as a victims' advocate, Responsibility.org recognized Gov. Gretchen Whitmer and Sen. Peter MacGregor at the awards ceremony for helping to expand legislation, resources for police and state-of-the-art roadside testing tools to detect and deter drug-impaired driving. 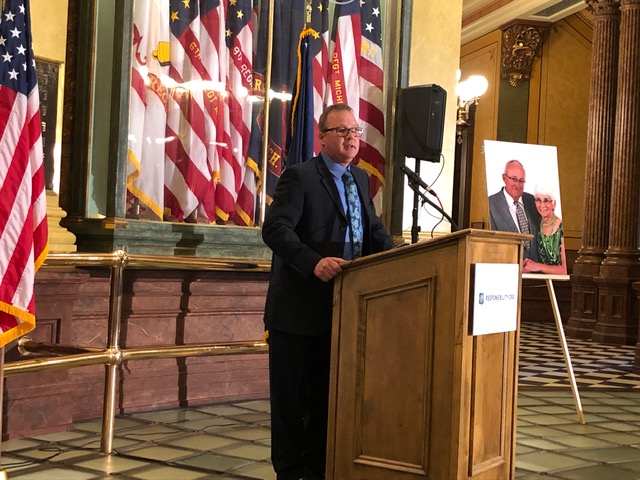