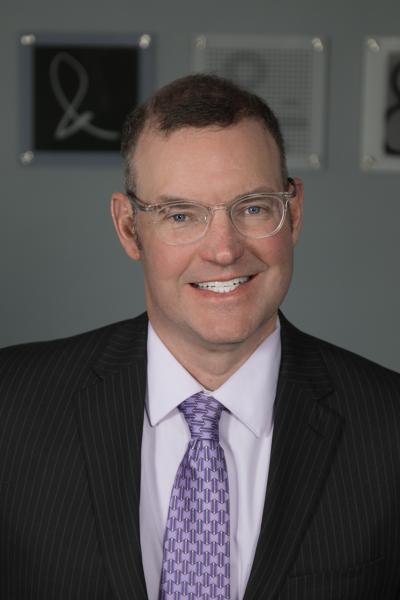 Marquette Senior High School teacher Eric Hammerstrom said the stars aligned when one student's desire to interview someone from the National Hockey League developed into an opportunity for his entire class to connect virtually with high-profile Canadian sports legends and even Prime Minister Justin Trudeau.

Hammerstrom completed coursework to obtain a teaching certificate from Northern and previously served as an adjunct instructor of educational media and technology at NMU. Based on the student's request, he attempted to reach out to his former college hockey teammate, Bryant McBride, a dual citizen of the U.S. and Canada who went on to become the first Black executive in the NHL.

Hammerstrom discovered a documentary produced by McBride about the NHL's first Black player, Willie O'Ree, was going to air on the Peacock network the very next day. He decided the film would fit well with the content his class was exploring. His 10th graders were preparing to read The Color of Water: A Black Man's Tribute to His White Mother by James McBride (no relation to the producer).

“The documentary gave us a very safe place to build context for understanding issues that The Color of Water brings to light, in the same time period when Willie set his goal on playing professional hockey,” said Hammerstrom. “Bryant tracked down Willie, who was working as a hotel security guard and, sadly, had been forgotten by much of the hockey world. Bryant hired Willie to be a diversity ambassador for the NHL and to help grow the sport, especially among minority athletes and students from lower socioeconomic backgrounds. Willie has worked for the NHL ever since.”

After an initial email inquiry through McBride's company website, Hammerstrom said he received a phone call within 15 minutes.

“Bryant was really excited to hear we were watching the documentary. He explained that we were the first classroom to watch the film and that the NHL had plans to roll out educational programming with the film to hundreds of schools across Canada later in the year.”

Willie, the documentary, tells the true story of O'Ree overcoming racial barriers while providing a pathway for future athletes of color to thrive in their respective sports. It covers the professional ice hockey career of O'Ree from 1957-79, as well as his lifetime of accomplishments and his induction into the NHL Hall of Fame in 2018.

After Hammerstrom's class viewed the documentary, McBride met with the students via Zoom to answer their questions about the film and about racial justice issues both O'Ree and he faced in their lives.

“It was incredible to meet Bryant, knowing that the incredible opportunities he found in hockey were a direct result of Willie's struggles and successes,” said Hammerstrom.

Hammerstrom said that he received an invitation to another Zoom meeting titled "Willie, Lessons in Social Justice and Racism" that started right before his seventh-hour class.

“Imagine my surprise when I joined the meeting and realized I was in pretty cool company. Classrooms across Canada were invited to meet with Bryant, Willie, sportscaster Ronald MacLean and Prime Minister Justin Trudeau. I believe we were the only American classroom invited to the Zoom meeting.  Long story short, keep on Zooming and you never know who you'll wind up connecting with.

“When students walked into the classroom and saw we were Zooming with Justin Trudeau, they couldn't believe it was real. Fortunately, our microphone was muted.”

The Zoom conversation also included Olympian female hockey players of color who talked about social justice from a unique perspective. Hammerstrom said that the conversation was about the importance of having a chance to chase one's dreams and the value in having allies on your way to achieving them.

Sportscaster MacLean opened the program by discussing Amanda Gorman's poem The Hill We Climb, which Hammerstrom's class had just read. Then McLean held up a book of poetry titled Living in the Tall Grass: Poems of Reconciliation by Chief Stacey Laforme of the Toronto area. He later ended the conversation by saying thank you in three languages.

“Canada is officially bilingual, but Ron ended with ‘merci beaucoup, miigwech, and thank you,' using French, Ojibwa and English. He included the language of the First Nations classrooms that were part of the meeting and spoke directly by Zoom with the Prime Minister and O'Ree.  This showed that Canadian conversations about social justice have broadened to include many peoples.”

Hammerstrom is a 1990 graduate of Trinity College, where he was a teammate with McBride. There, he double majored in history and English/literary writing. He taught and coached at Culver Military Academy in Indiana and then worked as a journalist before receiving his teacher's certification through NMU. While at NMU, Hammerstrom said he broadened his history background by receiving certification in all areas of social studies.

“NMU's education department is filled with people who are proud to be teachers and are proud to train them. Even in times of teacher shortages, NMU's professors instill incredible enthusiasm in teacher candidates. When you leave the classroom at Northern to enter a classroom of your own, you are proud to join the ranks of those who went before you, and those who taught you your craft.”

After teaching and coaching in Colorado Springs for two years, he returned to Marquette and has taught at MSHS for 23 years. He earned a master's degree in teaching humanities from Colorado College.

Learn more about the documentary here.