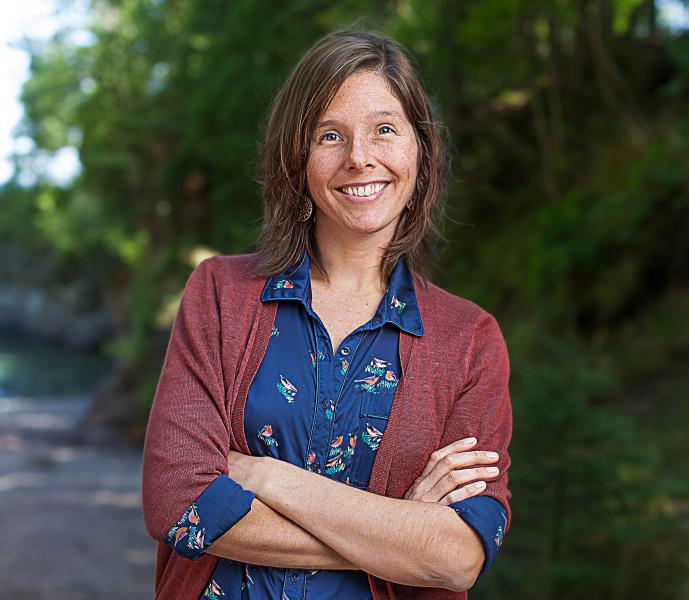 Northern Michigan University public relations professor and alumna Jes Thompson ('01 BS) has been named the 2020 recipient of the Western National Parks Association Steward L. Udall Award for her leadership on putting together the book America's Largest Classroom: What We Learn From Our National Parks.

The award honors those who work to boost park interpretation programs, carry the park message to popular audiences or rally broad public support for parks. Udall awardees may include authors, poets, artists, photographers, writers, publishers and others conservationists.

“This award is an extra special honor,” said Thompson. “For decades I have been inspired by award namesake Steward Udall's books and essays and his legacy as the U.S. secretary of the interior. He virtuously expanded the range of public lands and environmental policy in our country. Secretary Udall was an interdisciplinary thinker, a boundary spanner and a charismatic leader. From segregation and issues of equity to issues of conservation, he raised the environmental consciousness of our country.

“Humbly, and by no means in comparison, those were our goals for this collaborative book project—to bring diverse voices together to illustrate the importance of public lands—not just for preservation or education, but also for scientific literacy, social justice and soulful nourishing.”

America's Largest Classroom offers insight and practical advice for improving educational outreach at national parks, as well as suggestions for classroom educators on how to meaningfully incorporate National Park Service (NPS) sites into their curricula. It was also named a 2020 Silver Winner in the national Nonfiction Book Awards.

Under the Obama Administration, Thompson was appointed to the NPS's advisory board's education committee. One of the goals of the committee was to promote research and best practices for learning in the National Parks, according to Thompson.

“The idea for the book project was scribbled on the back of a napkin while at a board meeting in Yosemite National Park four years ago.”

Thompson and co-editor Ana Houseal, fellow education committee member and associate professor and science outreach educator from the University of Wyoming, spent more than three years on the endeavor. Thompson recruited NMU art and design alumna Abigail Cook ('18 BS) to create graphics and help with the final layout and photo rendering for the book's publisher, University of California Press.

America's Largest Classroom features 21 chapters from authors across the country. It is a collection of case studies about different types of place-based learning programs on topics such as indigenous knowledge, climate change, environmental justice, citizen science and inclusivity at parks and public lands.

The editors also created an issue of the Park Stewardship Forum, a new online, interdisciplinary, open access and peer-reviewed journal published by the University of California Institute for Parks, People and Biodiversity and the George Wright Forum. The issue included articles from the book, as well as new articles. 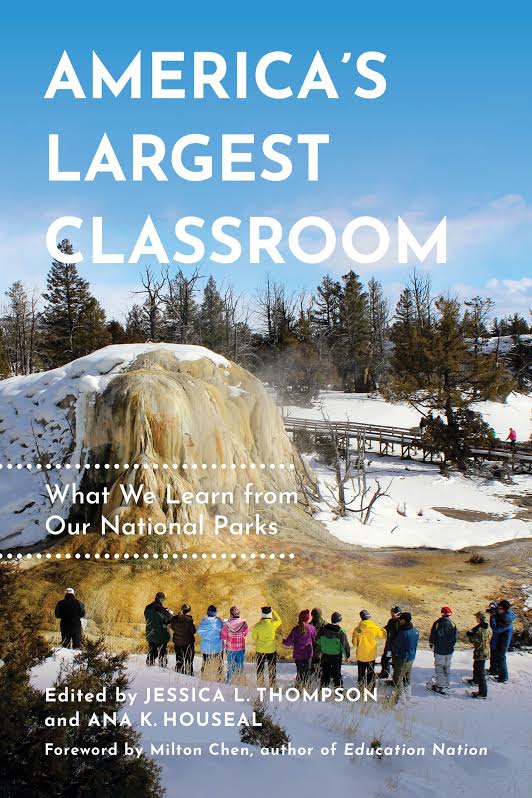