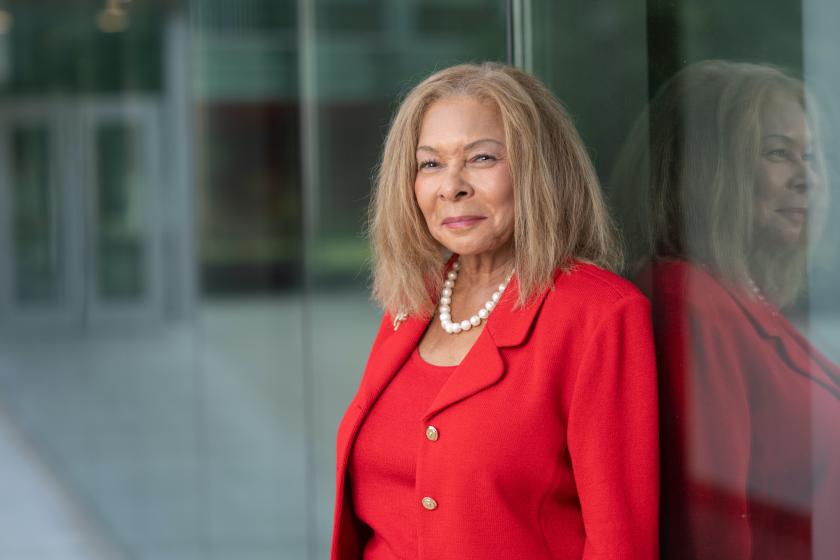 Higher education and public policy leader Linda Thompson will receive an honorary doctorate degree in nursing at Northern Michigan University's Dec. 17 commencement. She has served as president of Westfield State University in Massachusetts since July 2021. In a previous capacity as dean of nursing at Oakland University, Thompson played an instrumental role in facilitating the creation of NMU's Doctor of Nursing Practice (DNP) program.

“The nursing profession was moving its practice degree to a DNP, but there were few programs at that time in the U.S. and none in Michigan,” said Kerri Schuiling, former director and associate dean of Nursing at NMU and current president. “Linda is an amazing visionary and requested that Oakland's director of grad programs develop a DNP curriculum. Our conundrum at Northern was how to support current faculty with master's degrees in obtaining a doctoral degree. Linda suggested our schools work together.

"We were able to use faculty experts from each school to teach content areas in the program; we did not have to hire new faculty. We also created student exchanges so that students from the Upper Peninsula would have opportunities for clinical experiences in urban Detroit, and students at Oakland had clinical experiences in the rural U.P. The state awarded us a $1.9 million grant to create a DNP. Linda's willingness to share the curriculum and her vision for a collaborative with faculty reciprocity saved money and time, and enabled a number of NMU nursing faculty to earn a doctoral degree.”

Prior to joining the Westfield State community, Thompson served as dean of the College of Nursing and Health Sciences at University of Massachusetts Boston. She has also held public policy leadership positions in Maryland. In Baltimore City, she served as director of Occupational Medicine and Safety and developed programs and policies to promote the health of the city workforce, including the implementation of policies for HIV prevention and substance use and abuse.

At the state level, Thompson served as special secretary of Children, Youth and Families, where she developed programs and policies to improve quality of care for vulnerable populations of children.

She was also one of the first nurses to assess the characteristics of incarcerated youth, risk factors for delinquent behavior, and the importance of collaborative partnerships to promote healthy outcomes. This research was essential in the development of national policy to require mental health assessments of all detained and adjudicated youth.

Thompson has taught nursing and public health throughout her career at 10 different colleges and universities. She has received numerous awards, was an invited participant in the White House Conference on Childcare, and has served on numerous boards and commissions. Thompson earned her BSN and MSN degrees at Wayne State University, and holds master's and doctoral degrees in public health from Johns Hopkins University.

“I am very grateful to Northern Michigan University and President Schuiling for selecting me to receive an honorary doctorate degree in nursing," Thompson said. "As I have spent most of my life working in education and public health, this recognition is personally significant. I look forward to working with NMU to achieve our shared goals.”

NMU's commencement begins at 10:30 a.m. in the Superior Dome. It will be broadcast live regionally on WNMU-TV 13 and streamed online at nmu.edu/commencement.