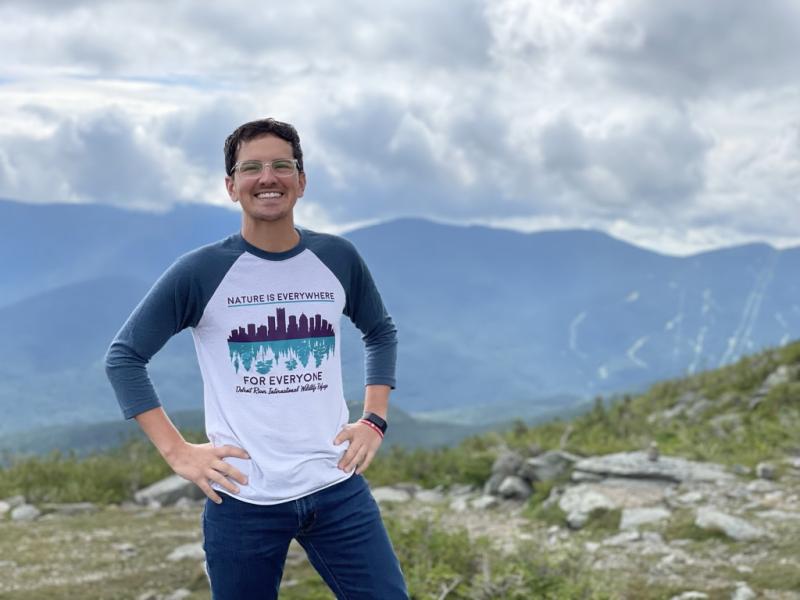 As a past president of ASNMU, Northern's student government organization, Jason Morgan recalls feeling “somewhat terrified at the prospect of talking to people I thought were so important” when he had to present updates on student issues and activities at each NMU Board of Trustees meeting. Now that the 2011 political science alumnus is a trustee himself, it is the ASNMU report that he looks forward to hearing the most.

“I love learning about the great work students are doing—not only academically, but in terms of engagement and community service,” Morgan said. “They truly are the life of the university. I think it's important to listen to their concerns to get at the heart of what's on their minds. But at the same time, it can be challenging as a trustee to engage with students directly on an informal level that's more comfortable, so they feel less reserved sharing their ideas or opinions. I don't know that I've found the ideal way to do that yet.”

To his knowledge, Morgan was the first openly LGBTQ student to serve as president of ASNMU. He said he found a mentor in former NMU trustee and alumna Garnet Lewis, who helped him navigate challenges advocating for gender-neutral dorms on campus and pushing for improved student conduct rules. Morgan said he is hopeful he can be a mentor to current LGBTQ students in the same way. His partner, Jon Mallek, a Wisconsin native who works for the Michigan Department of Agriculture and Rural Development and travels along to most trustee meetings, has also developed an affinity for the Marquette area. The couple got engaged in July.

Growing up in Pinconning, Mich., Morgan's father worked as a commercial fisherman and his mother was a school lunch aide. The couple wanted their son to become the first in the family to graduate from college, but had little money to support him in that quest. Morgan managed on his own through a part-time job, state and federal aid, and a surprising intervention from the KFC fast-food chain.

“I applied for so many scholarships and types of aid that it was a blur. In the mail one day, I received a notice that I was selected for a KFC Colonel Scholarship worth $20,000 over four years and thought it had to be a joke. I took it to my high school counselor and she thought it was a joke as well. So I called KFC and they told me they selected one student from every state each year to receive the scholarship.

"The KFC in Bay City threw a big party for me, put my name on a congratulations sign on the side of the road and showed up at my high school graduation with a big check that I still have. It was funny, in a way, but that's a huge reason I was able to go to Northern and be so involved.”

His active involvement both on campus and off, such as campaigning for former U.S. Congressman Bart Stupak, helped Morgan secure an internship with Hilary Clinton's 2008 campaign in Washington, D.C. He said he worked tirelessly until the very end of Clinton's campaign, carrying boxes out of the office when it was shutting down and being among the small group of staffers who stayed around long enough to meet privately with Clinton so she could thank them for their support. He said that moment sticks with him every day, and the overall experience solidified politics as not only a passion, but a future career.

Morgan has accumulated more than a decade of experience in government. He previously served as an aide to former Congressmen John Dingell and Bart Stupak, along with Senate Minority Leader Michael Prusi. He also worked as director of Government and Community Relations at Washtenaw Community College, where he currently teaches related courses.

As someone who self-admittedly “has a hard time relaxing,” Morgan has found time to fill multiple community service roles, including flotilla vice commander in the U.S. Coast Guard Auxiliary, while serving on the Washtenaw County Board of Commissioners. He is hoping his career mirrors that of the former commissioner he replaced, who made a successful bid for the 53rd District seat in the Michigan House and is now term-limited. Morgan is seeking to succeed him as State Representative on the Democratic ticket in November.

“I think the most important quality in public service is compassion,” Morgan said. “Not only in terms of caring for people who need help, but also being compassionate when people are mean or harsh and yelling at you. I try to listen past the intensity with which they're conveying strong feelings and find ways to communicate with them because they've experienced something upsetting and I'm in a position to somehow impact that. If I respond poorly, they might think their elected official doesn't care. Compassion, integrity and hard work are all important to me.”

If Morgan is successful in the November election, he will have to step down from the NMU Board of Trustees. He was appointed by Gov. Gretchen Whitmer in March 2021 for a term expiring Dec. 31, 2028.

“I love being a trustee at a place that meant so much to me and still does—not only because of my rewarding time on campus, but where it has led me.”

In addition to his bachelor's from NMU, Morgan holds a Master of Public Administration degree from the Ford School of Public Policy at the University of Michigan. 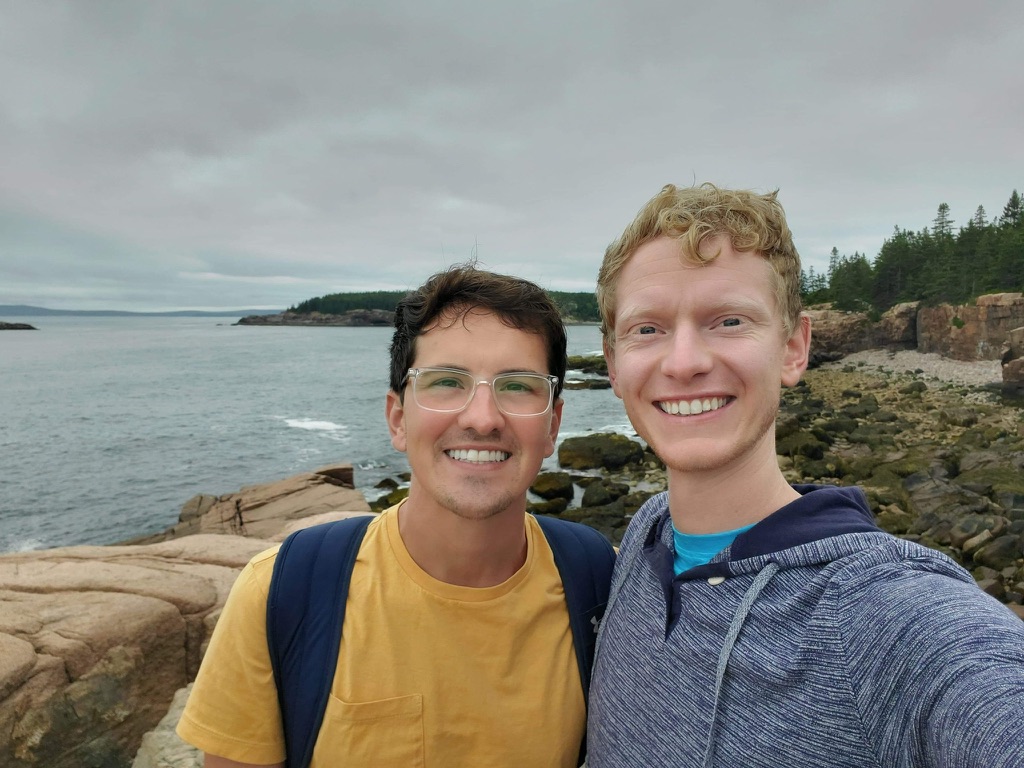 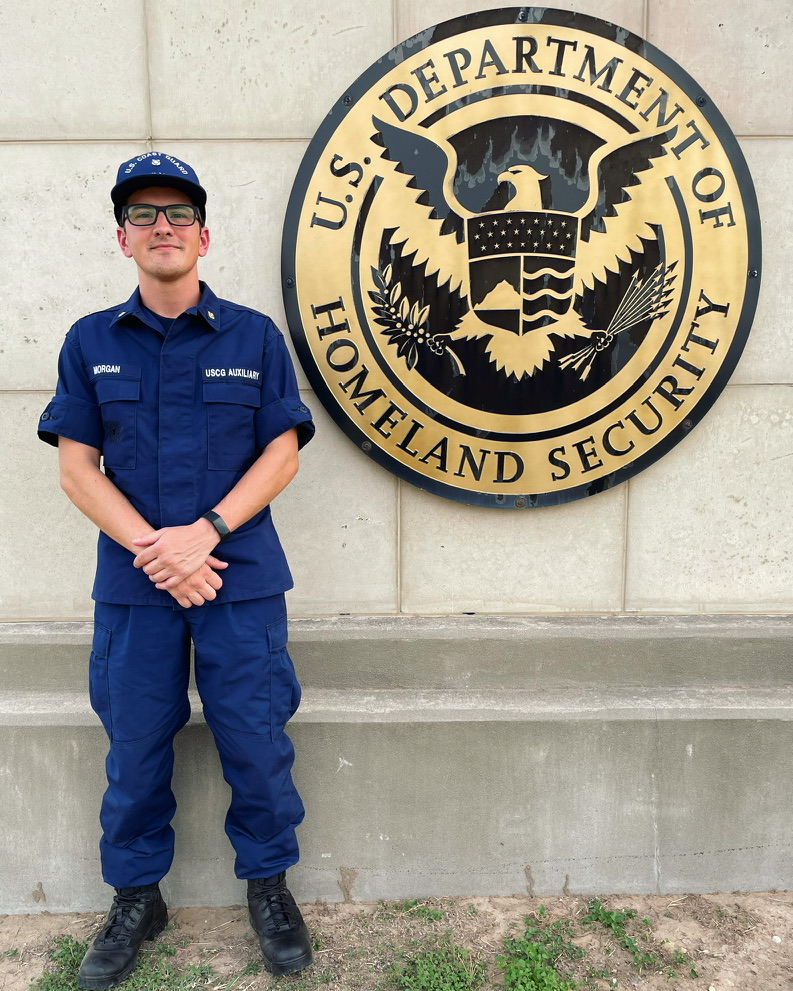 Morgan in his U.S. Coast Guard Auxiliary role
Prepared By