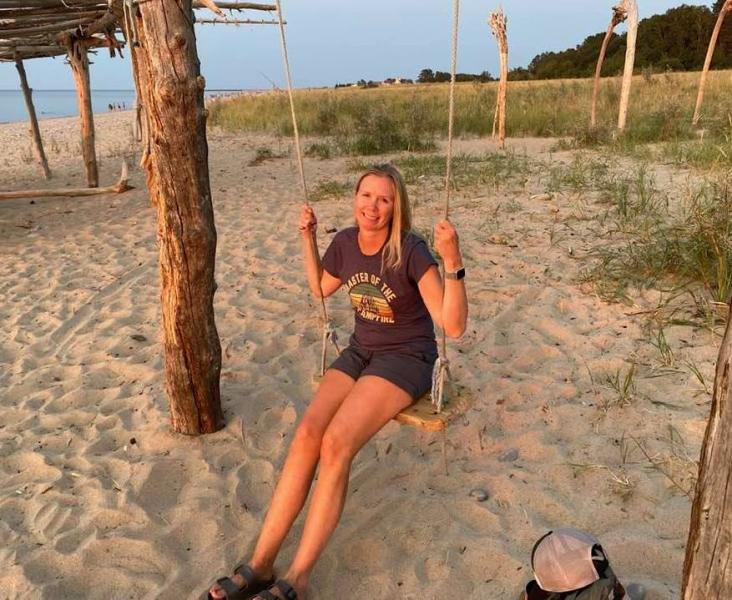 Holmquist while camping in Grand Marais

This has been a year of milestones for Missie Holmquist of Marquette. In February, she was appointed by the governor to the Northern Michigan University Board of Trustees, and recently played a role in selecting NMU's next president. This spring, she marked the 20th anniversary of both her 2002 graduation from NMU with a bachelor's degree in psychology and the launch of her longtime career with Upper Peninsula Health Plan, which she now serves as president and CEO.

“I've lived in Marquette since graduating from Northern, but I wasn't always attuned to what was happening at the university as a community member,” said Holmquist, who also earned a master's in education-school counseling from NMU while working full time at UPHP. “Now that I'm on the board, I'm impressed with all that is happening, the many opportunities for students—from academic programs to organizations—and how much Northern has to offer students and the region. I'm excited to be a part of moving the university forward in a positive direction, guided by the interim strategic plan.”

Holmquist's career progression at UPHP was a steady upward trajectory. Her first role after college was as a receptionist. Promotions followed to positions in claims, utilization management, operations and government programs. She advanced to her current title in 2018.

“My educational background doesn't align perfectly, but the psychology degree did help me to gain insight on people, which translates very well to this work,” she said. “The mission and goals of this organization really resonated with me. I've always wanted to be in a position to help people; I'm just doing it in a different way than I anticipated. It is rewarding and important to serve the most vulnerable individuals and families across the U.P. We are able to do that while maintaining a great company culture. The people I work with are compassionate, friendly and truly believe in the work they do.”

UPHP is a managed care and provider service organization that has been assisting U.P. residents for more than 20 years. It was established with six employees and 1,900 enrolled members, but has grown to about 165 employees and serves more than 55,000 members. Holmquist said its focus has expanded beyond health insurance to addressing social determinants of health issues, such as food insecurity, utility assistance and financial/health literacy. “So many unaddressed needs lead to greater health issues,” she said.

Early in her career at UPHP, Holmquist said that she never could have imagined she would one day occupy the corner office on the top floor of the building on Washington Street. Her leadership aspirations developed later, when she determined her fresh perspective and ideas could be valuable in moving the organization forward in the wake of former president and CEO Dennis Smith's retirement.

She describes her own approach to leadership at UPHP:

“I believe in a strong sense of collaboration and strive to give my teams and managers the support and resources they need to be innovative. Because of where I started, I can relate to or understand the challenges employees may encounter. Yet I'm also strong in my convictions and will continue to advocate for our organization and communities. I've been very fortunate, but I've also worked very hard. My experience in different departments here gave me a good understanding of time frames, legislation and how all of that impacts us as a company.”

Crain's Detroit Business named Holmquist one of its 2020 Notable Women in Health. Its description stated that, with her at the helm, UPHP implemented the Healthy Michigan Plan, which provides health coverage to nearly 16,000 U.P. residents; launched the Connected Communities for Health initiative to connect residents with local resources to help them meet basic needs; piloted a remote patient monitoring program to help keep patients out of the ER; and expanded the transportation department to get members to and from doctor's appointments.

Another 2020 achievement was Holmquist's appointment as secretary of the Medicaid Health Plans Board of Directors. She accepted the role to ensure that smaller health plans in rural areas had a voice.

Outside of work, Holmquist spends abundant time outdoors with her husband, Sven, and their 14-year-old son, Rorik. The family enjoys biking, camping, hiking and traveling. They also attend Packer football games and are big Tigers baseball fans, a sport that Rorik has also embraced as an athlete.

Recognizing his mom's passion for aquatic activities of all kinds—swimming, kayaking, boating, fishing—Rorik purchased a decorative box for her filled with beach items, including an umbrella that protrudes from the sand-filled base. It sits on a table in her UPHP office.

Her milestone year of 2022 may be nearing its end, but with Holmquist's penchant for recognizing and seizing available opportunities, being adaptable to new situations or changes and maintaining a positive, can-do attitude, it is likely there will be several other notable years and achievements ahead. 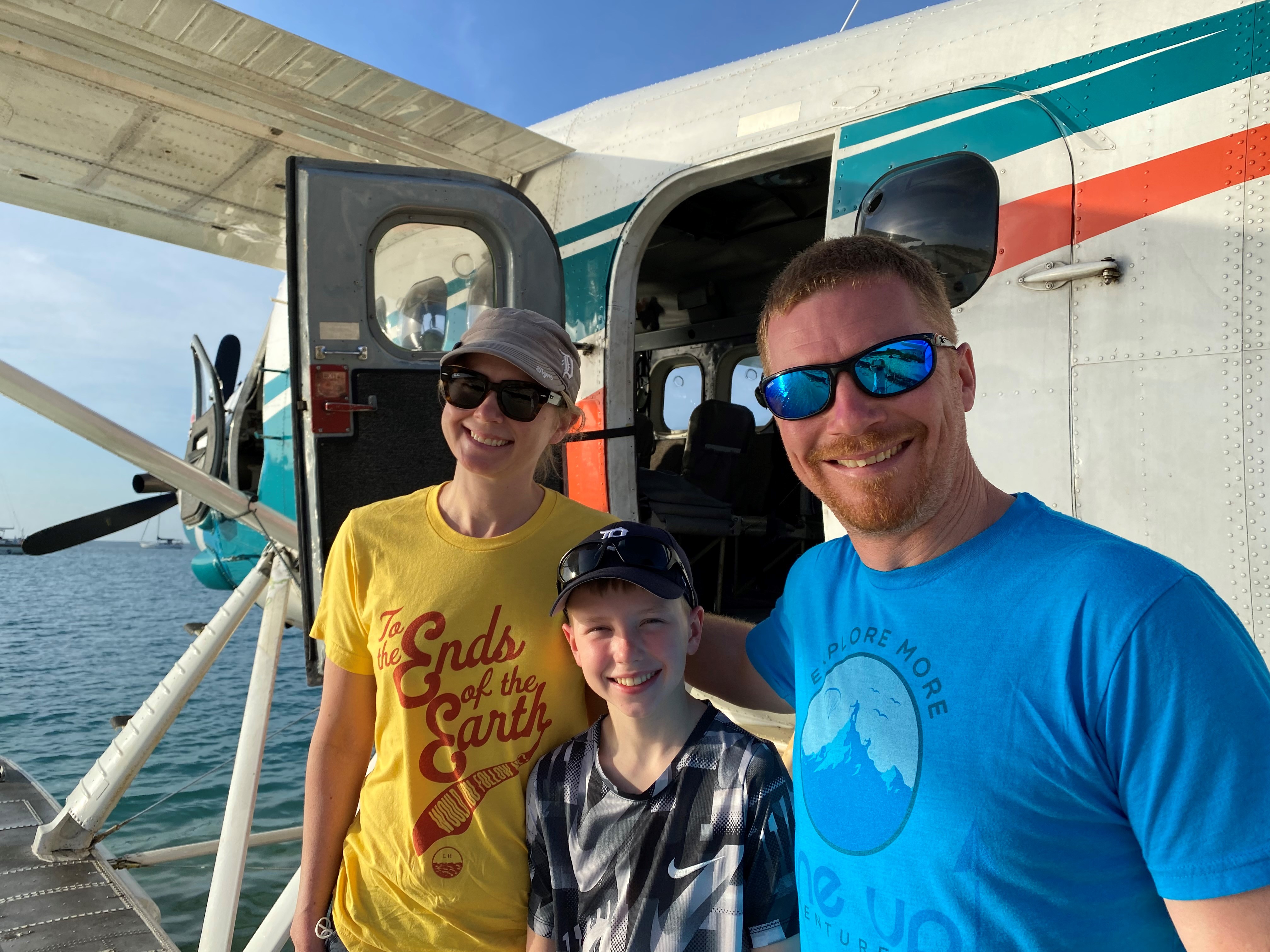 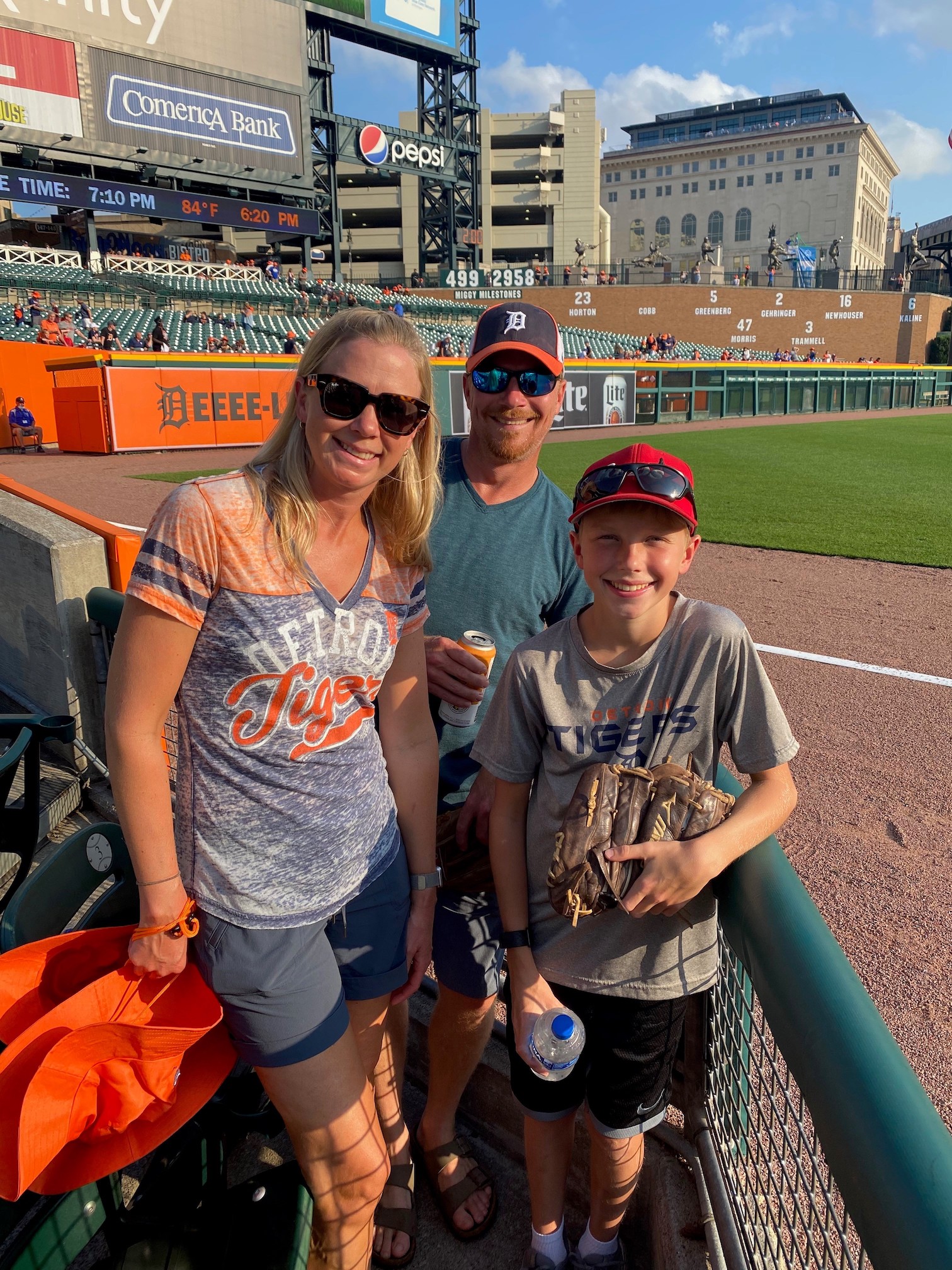 At Comerica Park for a Detroit Tigers game
Prepared By