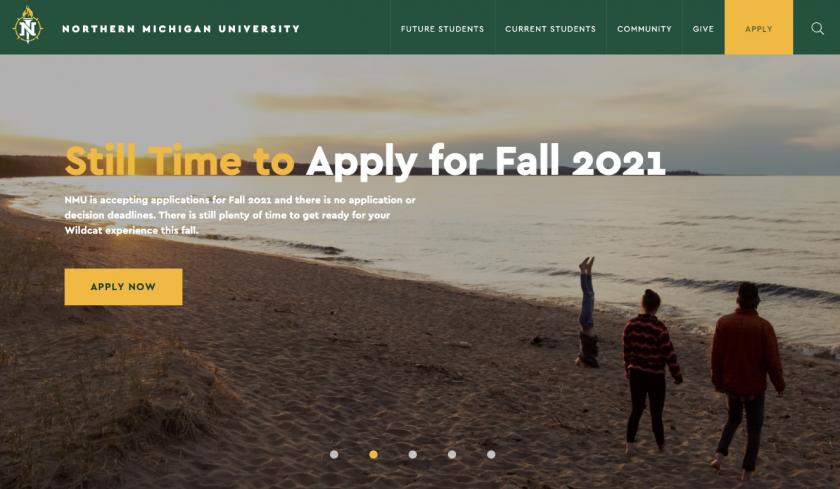 The last time Northern redesigned its website was during the 2014-15 academic year. In light of technological growth and the behavior and expectations of NMU's website visitors, the team tasked itself with starting a website overhaul.

The most notable evolution since the previous redesign was the increase in site traffic from mobile devices or tablets. At the time, the site was not fully mobile responsive. Additionally, as the site grew and technology changed, the University Marketing and Communications staff identified some additional areas of the site's layout to improve.

The team conducted months of research, dug through years of analytics and conducted focus groups with stakeholders throughout the university.  On the reimagined website, visitors can connect with NMU and its various departments through clear calls-to-action that are only one click away.

“The website redesign team has demonstrated perseverance, imagination and a clear commitment to Northern's mission and core values,” stated the team's award description. “The team achieved excellence through its unrelenting commitment to build a powerful, accessible, easily-navigated and beautiful website that will help to tell the story of the university and propel its mission. The team has taken great pride in creating something that is one-of-a-kind and has demonstrated determination to help individual departments shine through their digital presence.”

NMU honored several individuals and teams during its virtual 2021 Faculty and Staff Recognition Celebration. Employees were also honored for years-of-service milestones and retirement during the event. See all of those highlighted, along with the award winners, here.