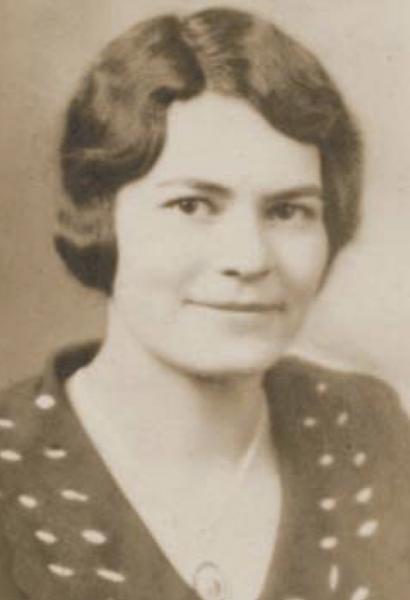 Northern Michigan University's Board of Trustees recently approved the renaming of the New Science Facility to Kathleen Shingler Weston Hall. In honor of Women's History Month, we take a closer look at Weston, one of NMU's first female graduates who went on to complete a medical degree. She became part of the team that developed the Salk polio vaccine and was honored by President Lyndon B. Johnson as one of the nation's “Outstanding Medical Women.”

A U.P. native hailing from Kenton, Weston was a member of 1929 graduating class at NMU. After earning her biology degree, she taught the subject at Munising High School.

“I would never have done even half of the things I did if I hadn't gone to NMU,” said Weston in a 2005 alumni magazine interview. “I think back to how absolutely unprepared I was – such an innocent, green person. Going to Northern was a big opportunity for me.”

She married Jean Weston and the couple went on to earn masters and doctorate degrees from the University of Michigan and Temple University.

In the mid-1950s, she was a member of the research team that developed the Salk polio vaccine. This experience helped launch her career in toxicology. Due to her experience with microscopes and the nervous system, Weston was hired by the pharmaceutical giant Parke-Davis and Company, one of six companies commercially producing the Salk polio vaccine for children. Weston worked on this project for three years, directing infectious control tests of the vaccine to ensure no live virus was present. She then became head of the company's toxicology laboratory in Michigan, where she remained for 10 years.

In 1968, she and her husband founded Weston Consultants, Inc. in Virginia. Her area of expertise was animal toxicity in pesticides and drugs. Their consulting firm became a leader in toxicology analysis for clients such as General Motors, the National Institute of Mental Health, and the Environmental Protection Agency. She was also able to serve as a legal expert in court on cases involving toxicology. In the late 1970s, Weston returned to the classroom as a professor at the Georgetown University and George Washington University medical schools in Washington D.C.

“Working on the polio vaccine for three years was my top scientific accomplishment, and serving as a legal expert in court on toxicology issues was also very satisfying,” said Weston. “But I'm most pleased with the fact that I was always teaching. Even when I was in a lab and ‘teacher' wasn't part of my official title, I was teaching.”

The legacy of the 1983 Distinguished Alumni Award recipient lives on through the Jean K. and Kathleen Shingler Weston Scholarship through the NMU Foundation. Established in 1985, the scholarship provides a minimum allowance of $500 per year to an NMU student who is majoring in a science area, with preference given to U.P. high school graduates.

After retiring from the toxicology field in 1997, Weston dedicated her time to the Kenton Historical Society, where she helped document the history of her hometown. She died in 2016 at age 107. Watch a previous video interview in which Weston looked back on medicine and research at https://vimeo.com/74283294.