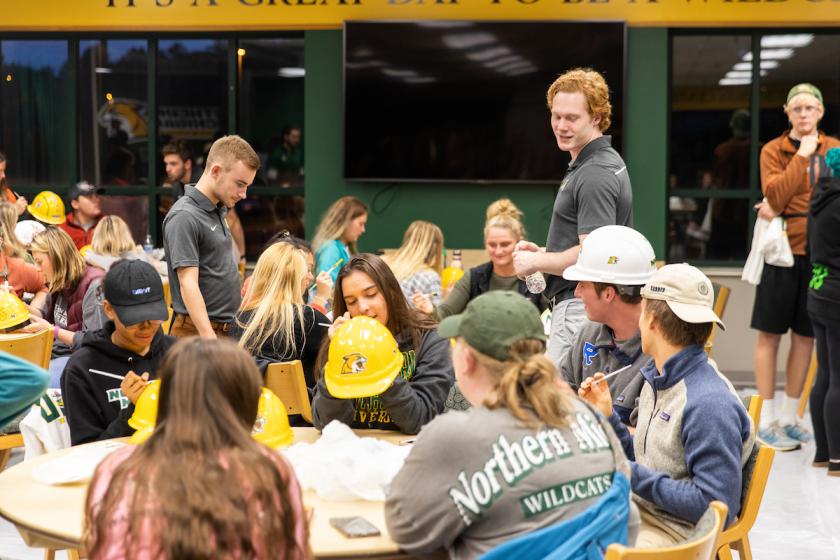 The legacy of the NMU Puckheads fan club will live on as the torch is passed and a new tradition begins. The amped-up student section, now known as "The Wild," will make its debut at the Berry Events Center for this weekend's NMU home hockey series against Michigan State.

More than 300 students eagerly waited in line outside of the Wildcat Room in the Berry on Oct. 1 for the opportunity to pre-select their hockey season tickets. They were able to lock in their seats in “The Wild" and also paint and decorate hard hats provided by the university as a way to create an identity for the student section.

“I was extremely excited about the turnout and I know the players were as well,” said Head Coach Grant Potulny. “The energy in the room was incredible. I can't wait to see the student section our first game.”

“The line of students extended past Vandament Arena," said Senior Creative Services Director Mike Forester. "It was an amazing response. It's a great way to start a new tradition and carry on old ones. The Wild will kick off the season with our biggest fan base yet.”

The NMU Wildcats open the regular hockey season at home this weekend as they host the Spartans of Michigan State University at 7:07 p.m. Friday Oct. 11, and 6:07 p.m. Saturday Oct. 12. Former CCHA rivals, the two teams have met 71 times, including last season, which ended in a series split.

“The Berry Events Center has become a very difficult place for opposing teams to play," said Potulny. “Our student section has been a huge part of our home ice success and I am confident the newly named Wild section will only add to the game day atmosphere.”

Students can obtain their tickets at any NMU outlet, including the tickets.nmu.edu website using their student login credentials. Tickets become available for students to obtain/claim at noon (EST) on the Sunday before each home game. Tickets are awarded on a first-come, first-serve basis and are limited to one per student.

For questions or more information, contact the NMU Ticket Office at 906-227-1032 or tickets@nmu.edu. 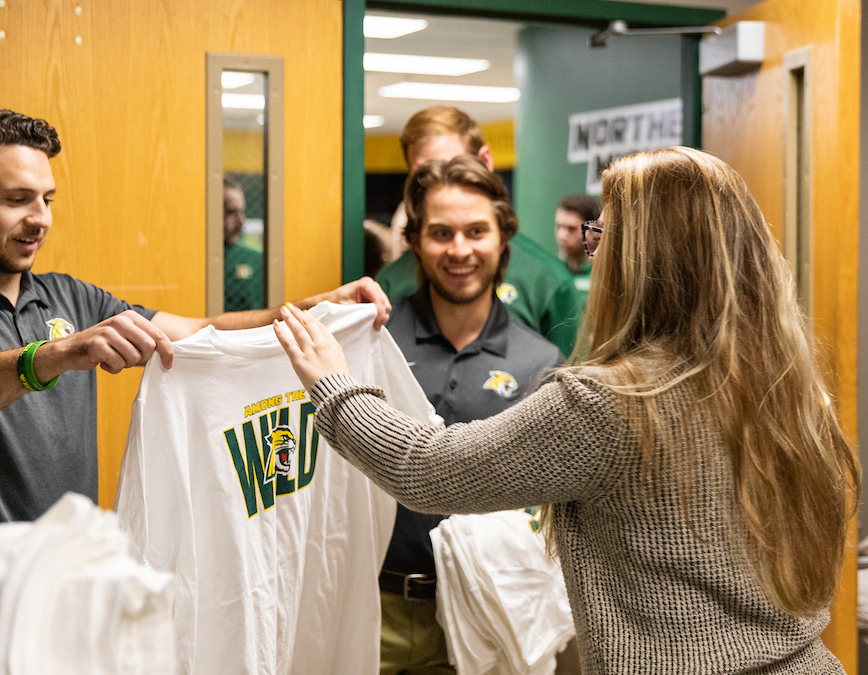 Receiving 'The Wild' t-shirts
Prepared By