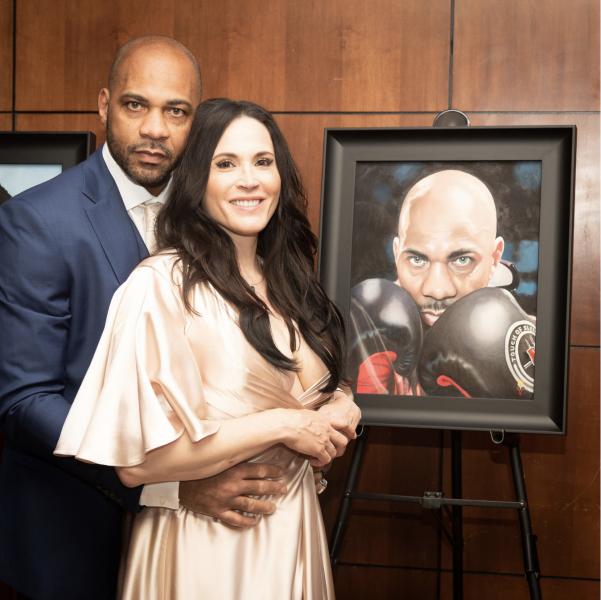 A poverty-stricken childhood in Washington, D.C. did not stop NMU alumnus and boxer DaVarryl “Touch of Sleep” Williamson from compiling a long list of impressive achievements and accolades—not only for his powerful punch in the ring, but for his dedication to community service and education. The two-time national Golden Gloves champion, 10-time national amateur champ and former professional heavyweight was recently among six 2022 inductees into the Colorado Sports Hall of Fame.

“I was in tears and nearly fell out of my chair when I got the call about being selected,” said Williamson, who earned a master's degree in administrative services from NMU in 1998. “The Hall of Fame is the highest honor you can get in any sport. I'm in the Colorado Golden Gloves Hall of Fame, which is only for boxers. This one is for all athletes, so I'm in there with some big names like John Elway and Peyton Manning [both former Denver Broncos quarterbacks]. Only three boxers have been inducted, and I'm the first one since 1988.

“My goal is to be an ambassador for the sport and a good person people can look up to. These hands have taken me all over the world, which is priceless. But I've achieved success in large part because I failed at other things, so I am grateful for all of those experiences that led me here. My life could have been a little better overall, but it could have also been a whole lot worse. I was able to rise up from the gutter and accomplish things, gain others' respect and find personal happiness as well. It is so wonderful to be in this space in life.”

Williamson overcame a difficult early childhood. He was born to a mother addicted to heroin and a father who was in jail. He shuttled between foster homes and schools until his father resumed contact when Williamson was 11. A football scholarship propelled him out of the nation's capital. As a junior college transfer, he closed out his career playing two seasons at quarterback for the Wildcats of Wayne State College in Nebraska. Unsuccessful tryouts with two professional football franchises led him to turn his attention to boxing.

A relative late bloomer by the sport's standards, Williamson did not compete in his first match until age 25. He was invited to train at the former U.S. Olympic Education Center at NMU, where he could attempt to qualify for the 1996 Summer Games while simultaneously pursuing a graduate degree. He did not qualify, but joined the team as an alternate.

“Northern was a phenomenal experience. It was a small, cold town in the middle of nowhere—the perfect environment that allowed me to focus on studying and becoming the best boxer in the world. I would not have survived in a big city with too many distractions. When I wore a suit and tie to my grad school exit oral exam and stood the whole time, fielding questions for an hour or so, the professors told me I had rewritten the requirements for grad school exit examinations,” he laughed.

“Coach Al Mitchell found a way to motivate me to achieve my potential even though we didn't see eye to eye all the time. I had my own values and thoughts and he had his. He was right, of course. We had been butting heads for the first half of 1995, but when I won my first national championship in late July of that year, all bets were off; Al was the man! He trained me to win once I bought into his program. Now I use his same coaching method for the guys at my boxing gym.”

Under Mitchell, who served as head coach of the U.S. team at the 1996 Olympics and technical adviser at two other Summer Games, Williamson was a national Golden Gloves Champion in 1996 and 1999. He became the first and only heavyweight to win three consecutive U.S. National Amateur Championships from 1996-98.

Williamson was honored as the nation's “Best Amateur Boxer” by Boxing USA in 1997. A year later, he was named the U.S. Olympic Committee's Athlete of the Month for October, topping the likes of former cyclist Lance Armstrong. He compiled an impressive amateur bout record of 120 wins (103 of which were knockouts), 17 losses and 1 draw. His thunderous right punch and knockout record became so renowned that he earned the nickname “Touch of Sleep” from his opponents and sparring partners.

After a “controversial and disappointing” loss on points that prevented him from competing in the 2000 Olympics, Williamson trained in Colorado for his professional debut at the age of 32. He won 27 bouts (23 by knockout) and lost eight.

Thirteen years after his debut, Ring Magazine called Williamson the “Hardest Puncher in the World.” Over his pro career, he earned title shots on four separate occasions, claiming the WBC NABF/WBO Latino Heavyweight Title and the WBC Continental Americas/WBO NABO Heavyweight Title along the way. His final fight as a professional took place in 2014 at the age of 46.

In the years leading up to his retirement as a fighter, Williamson quietly built one of the most successful boxing gyms in Colorado: TOS Boxing, an acronym nod to Touch of Sleep. He still operates the gym in Englewood and has devoted his life to teaching athletes of all types and ages the “sweet science of boxing” while growing the sport he loved in his adopted home state. In 2021, he sent nine boxers to the Colorado Golden Gloves Championships, six of whom won their respective weight classes.

Williamson has also become an integral part of the community, forming “Touchstone Youth Boxing,” a non-profit teaching kids boxing and life skills. Englewood Public Schools partnered with TYB, busing in hundreds of kids to participate in Williamson's program. The effort earned him the honor of Englewood School District Volunteer of the Year. TOS Boxing also became an official partner gym with the national cancer charity Haymakers for Hope.

An individual who nominated Williamson for the Colorado Sports Hall of Fame wrote, “The first time I went to TOS Boxing, DaVarryl told me, ‘This isn't a gym; it's a family.' He lays the perfect groundwork for athletic training, but is also so adept and enthusiastic with community outreach, volunteering and youth mentorship [Williamson offers weekly homework and tutoring sessions].

“DaVarryl understands the innate obvious truth that if the community raises up the individual, the individual will life the community. He knows this despite having largely created himself. DaVarryl prides himself on working with people from all walks of life and meeting them on their level. He has truly become a pillar of the community, an impressive role model for its youth, and an inspiration for all of those lucky enough to make his acquaintance.”

Other honors Williamson has received include the Martin Luther Legacy Award and a nomination for Englewood's Citizen of the Year. He repaid the latter by representing Englewood as a panelist for the National Civic League's 2021 All America Cities Award, helping it to become a top-20 finalist. He was recognized by the Englewood City Council for his efforts.

Williamson is collaborating with ghost writer Oliver Stokeld on a book about his journey titled Split Decisions: What It Takes to Become a Champion in Life, which is scheduled to be published soon.

His wife, Jennifer, and their children Dantel, Alayanna, Donald, Gabriel and Nina joined him at the Colorado Sports Hall of Fame induction ceremony. Williamson will be honored once again on June 28, when he throws the ceremonial first pitch at a Colorado Rockies vs. Los Angeles Dodgers baseball game. If his right arm is capable of hurling a pitch with as much force as it punches, the catcher could be in for a surprise.

For more information on Williamson and his TOS Boxing gym, visit https://tosboxing.com/. 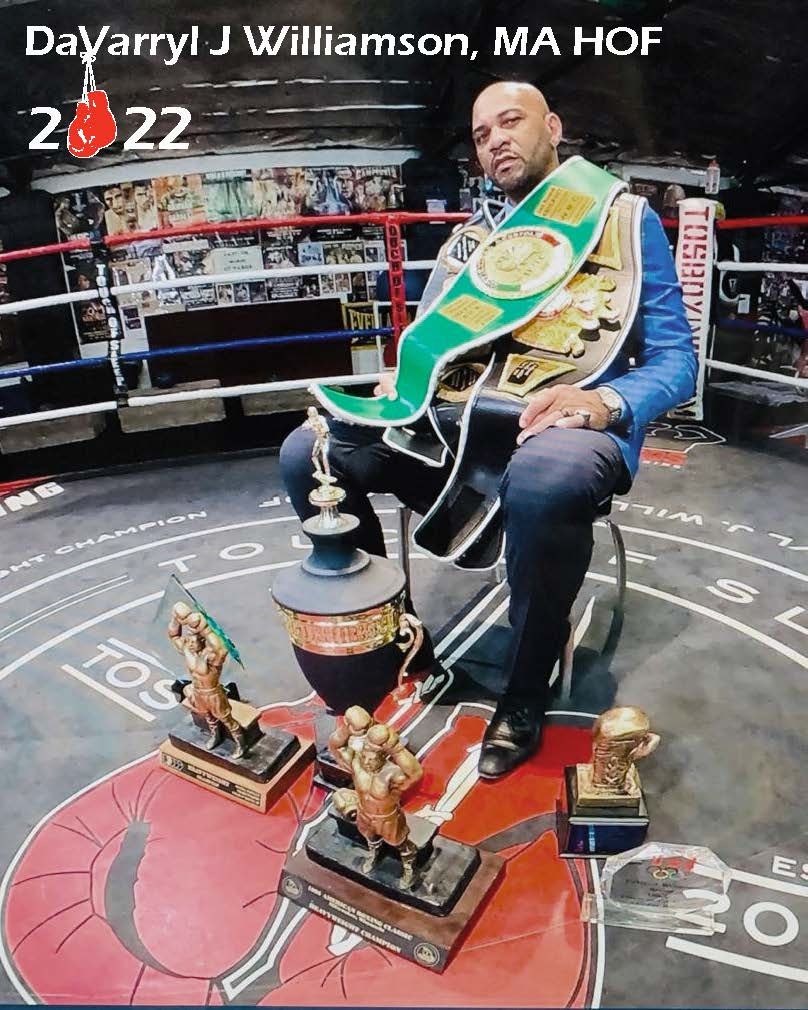 Williamson with belts and trophies in his TOS Boxing Gym 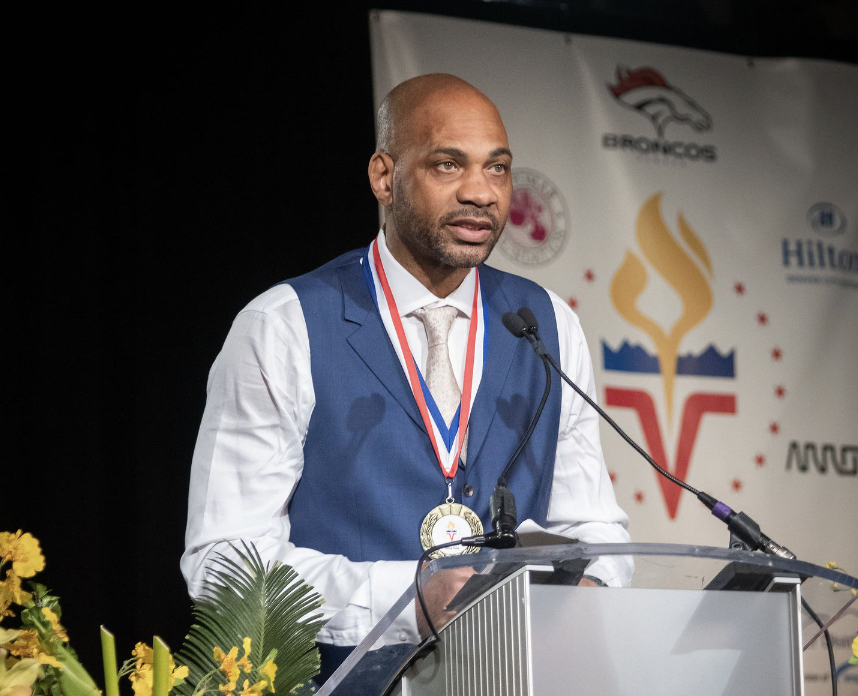 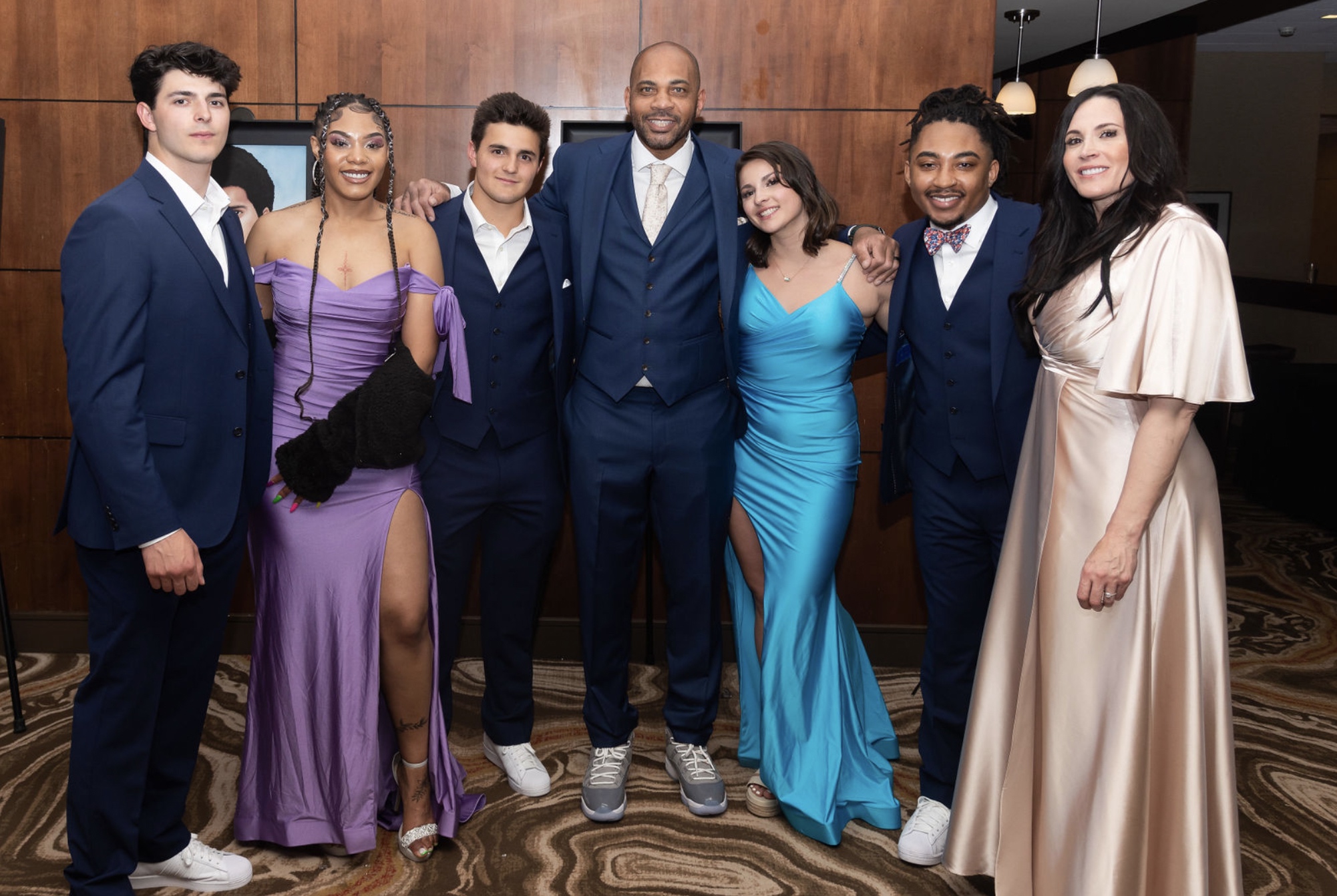