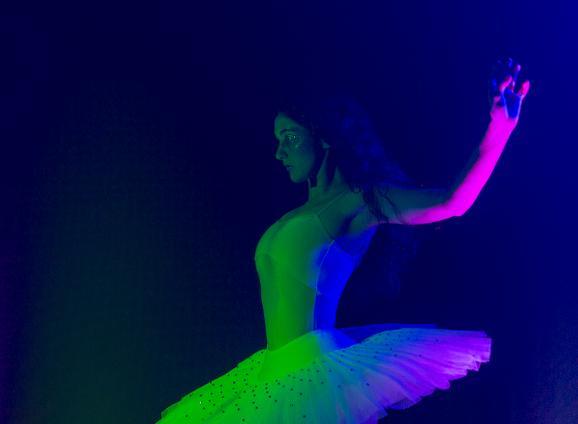 Northern Michigan University Theater and Dance will present the world premiere of the full-length ballet, "East of the Sun, West of the Moon".

Northern Michigan University Theater and Dance will present the world premiere of the full-length ballet, East of the Sun, West of the Moon. This twist on the classic Scandinavian folk tale features original choreography by director Jill Grundstrom and original music composed by Griffin Candey. The production is scheduled for 7:30 p.m. Thursday, Jan. 24, through Saturday, Jan. 26, in Forest Roberts Theatre. Admission is $15 for general public, $10 for students and $5 for NMU students. All theatre and dance majors and minors are invited to attend free of charge.

In a land that has been depleted and bewitched by the evil Troll Queen, a girl volunteers to go with the White Bear, who is under the spell of the Troll Queen, in payment of her family's debt. The bear takes the girl on a journey to his castle, where they encounter the Northern Lights. Upon arrival, she meets his servants, who have also been turned into animals. The girl ventures through the castle at night and finds the bear in his princely, human form, which he can only assume during the full moon. The Troll Queen, Troll Princesses and entourage steal away the prince to their lair. The Girl is left with witches and the four winds to find the land of the trolls, which lies “east of the sun and west of the moon." Her magical journey comes to life in this original production.

An exclusive opening night party for those who attend on Thursday, Jan. 24, will feature complimentary food and beverages, a photo booth and a meet and greet with the cast and creative team after the show.