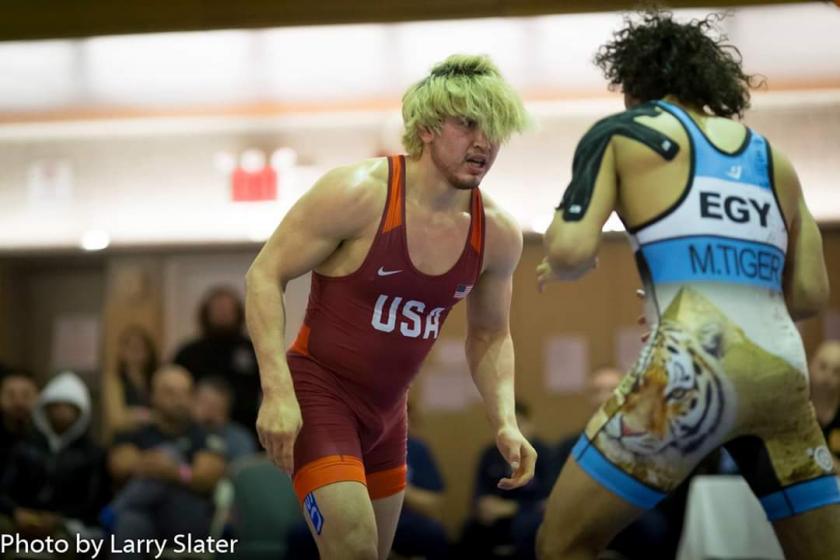 Competing at 77 kg, Woods won four straight matches, outscoring his opponents 24-6. He started the day off with a 15-4 technical fall over Alex Mossing of the U.S. Air Force. A pair of 2-1 victories followed that win – the first over teammate Thomas Brackett and the second over Corey Hope of the NYAC. In the semi-finals, Woods defeated teammate Jesse Porter 5-0, who had overpowered 2016 Olympic gold medalist Davor Sefanek of Serbia 11-1 on his path to the semi-finals. Porter finished the competition in fourth place.

In Woods' fifth and final match of the day, he lost 1-6 to Ahmed Mohamed of Egypt. Woods was the highest domestic placer in his weight class, earning the right to compete at the Olympic Trials.

Picking up a bronze medal for NMU was Sam Jones, who competed at 63 kg. Jones faced Matthew Schmitt of the West Virginia Regional Training Center in the bronze-medal match, winning by technical fall 8-0.

Woods joins teammates Dalton Roberts and Alston Nutter, as well as eight NMU alumni, who have qualified for the Olympic Trials. The next opportunity to qualify is Dec. 20-22 at the U.S. Senior Open in Fort Worth, Texas.