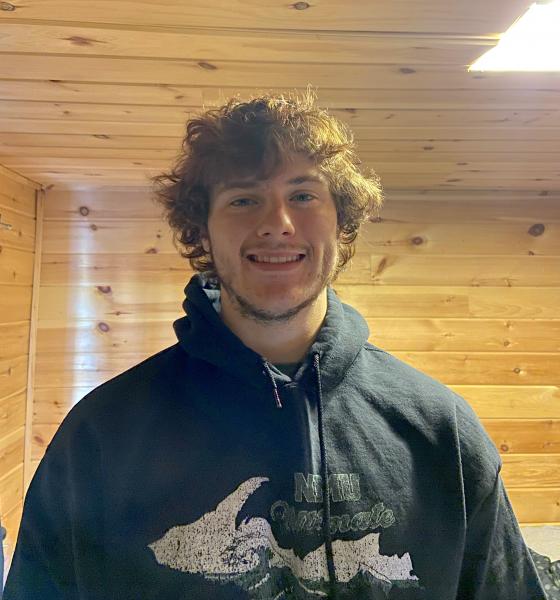 Matthew Alanskas of Macomb, Mich., has been named the Northern Michigan University Engineering Technology Department 2020-21 outstanding graduating senior. He is graduating May 1 with a bachelor's degree in electrical engineering technology and a 3.92 grade-point average.

While attending L'Anse Creuse High School-North, Alanskas was a member of the baseball and football teams and the National Honor Society. He was named a captain of his high school football team his senior year. He was honored as a Valedictorian during his high school graduation ceremony and received the Presidential Scholarship to attend NMU.

During his time at Northern, Alanskas was a member of the Ultimate Frisbee club team. He served as the club president and social media manager for the past two years. He also worked as an electrical engineering technology tutor.