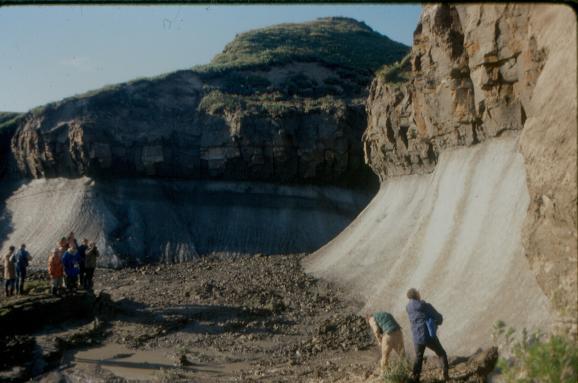 Massive ground ice in the Yamal Peninsula (northwestern Siberia), exposed when a large section of the active layer became detached and moved downhill.

“The paper is based on a study using very complex models of the Earth’s atmosphere and projecting climate change 50 to 100 years into the future,” Nelson said. “We’re seeing the Arctic heating up and projections show that’s likely to continue into the future. Unless proper engineering principles are followed in anticipation of that, there could be widespread damage to infrastructure.”

Permafrost, or subsoil that remains frozen for at least two consecutive years, lurks beneath as much as one-quarter of the earth's surface. It lies directly below the "active layer" of ground that freezes and thaws on a seasonal basis. When climatic warming or localized human activity causes the active layer to thicken, the permafrost can become unstable.

Arctic landscapes are peppered with visual evidence of the potential hazards of permafrost degradation. In Alaska, where Nelson has done field research, trees jut in haphazard directions, which locals refer to as the "drunken forest" effect. Telephone poles tilt on the horizon. Some homes and buildings lean like the Tower of Pisa or sink into the soil. Highways and parking lots can buckle because of the reduction in volume below the surface.

“When I started as a grad student, there was talk of building the Trans-Alaska crude-oil pipeline by digging a trench and burying it, even in areas with ice-rich permafrost,” Nelson said. “That would have been disastrous. Scientists were able to convince Congress that problems would ensue without an alternative design and the end result was very good. In Fairbanks, a lot of houses were sited badly and have settled. Some are unlivable. Once a house is damaged by the subsidence associated with thawing permafrost, you can’t insure it anymore.

According to a Nature Communications press release, lead author Jan Hjort and colleagues conducted an infrastructure and hazard risk assessment in the Northern Hemisphere’s permafrost domain in the Arctic under projected climatic changes. They quantified engineering structures at risk by 2050. The authors found that most of the pan-Arctic population (about four million people) and 70 percent of transportation and industrial infrastructure is located in areas at high risk of permafrost thaw by the middle of the century, even if greenhouse gas emissions are stabilized or reduced. They argue that their results demonstrate the need for detailed infrastructure risk assessments in a warming world.

Nelson had published a paper on the same topic in the journal back in 2001, but he said the databases and research methods have become much more sophisticated. His roles with the new publication were to verify that some of the procedures were followed correctly, to write some sections, and to assist with editing. 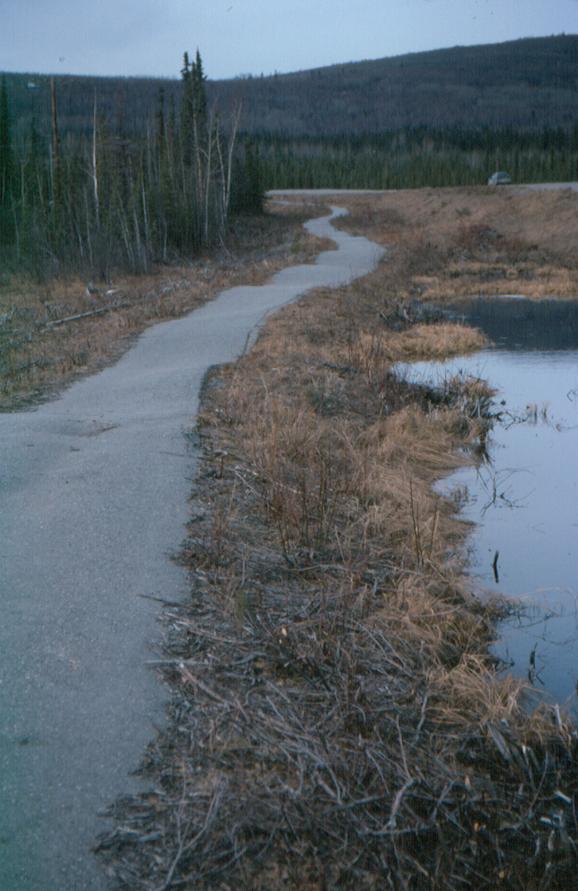 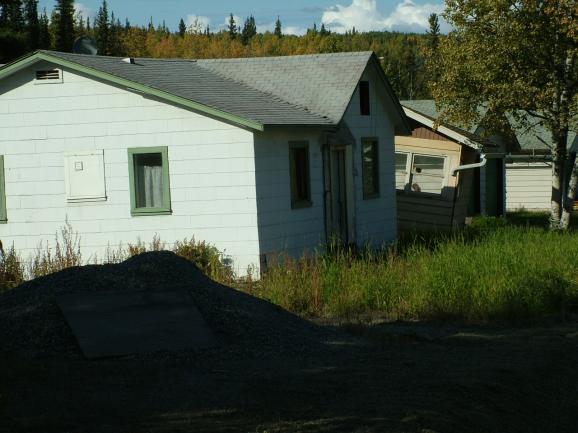