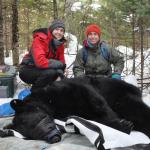 Apr. 12, 2019 —
Biology graduate student Sierra Gillman is the first Northern Michigan University recipient of a National Science Foundation Graduate Research Fellowship (NSF-GRF), one of the most prestigious awards available to students in the STEM disciplines who are pursuing research-based master's and doctoral degrees in the United States.
Read more about Gillman Awarded Prestigious NSF Fellowship 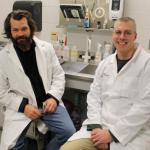 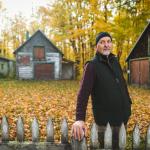 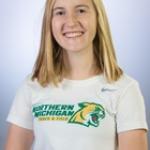 Aug. 6, 2019 —
A Northern Michigan University student is conducting research on how location can affect the availability of fair trade coffee.
Read more about Fair Trade Coffee Focus of Summer Research

Alumna is 'Fighting Fire with Science' 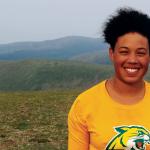 May. 9, 2019 —
NMU alumna Raven Mitchell ('18 BS) is featured in a magazine cover story that highlights individuals who have “devoted their lives to better understanding the physical world so the rest of us might learn how to protect it.” In conjunction with her master's thesis project, Mitchell is working with NMU alumnus Frederick “Fritz” Nelson ('73 BS) to monitor the changing thickness of permafrost in Arctic regions. Permafrost thaw can releas
Read more about Alumna is 'Fighting Fire with Science' 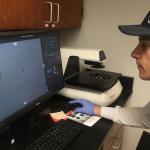 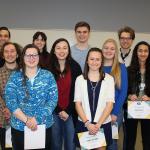 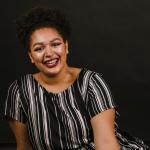 Apr. 11, 2019 —
Northern Michigan University student and McNair Scholar Marissa Bekkering is one of 20 students accepted into the Keith Sherin Global Leaders Program at The Hague University of Applied Sciences in The Hague, Netherlands. The Hudsonville, Mich., native will participate in the program from June 29-July 21.
Read more about Bekkering Selected for Global Leaders Program 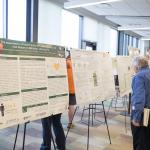 Apr. 5, 2019 —
The 24th Annual Celebration of Student Scholarship at Northern Michigan University will be held from on Thursday, April 11, in Jamrich Hall. The event kicks off with an awards presentation at 9 a.m. in room 1320. Posters and art will be on display in the first-floor common areas of Jamrich Hall. Presentations are scheduled in Jamrich 1320 and 1311 from 10 a.m. to 4:15 p.m. The public is invited.
Read more about Student Scholarship Celebration April 11