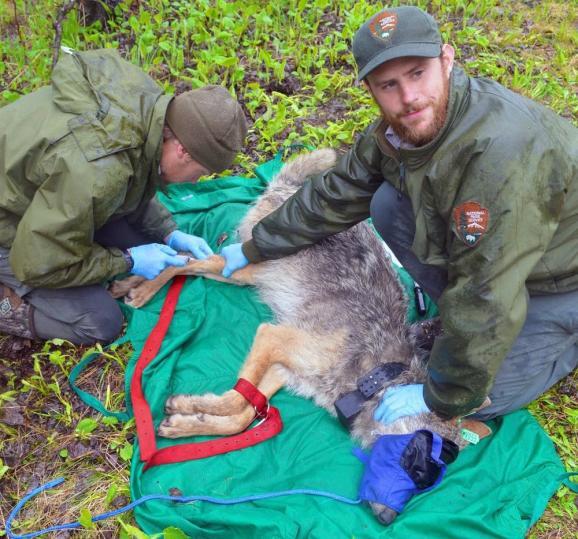 A team of biologists, including NMU alumnus Tom Gable ('16 MS) and master's student Austin Homkes, has documented a pack of wolves in Minnesota's Voyageurs National Park that hunts fish as a seasonal food source. They even captured some night-vision video of the activity (link provided below). This discovery, along with earlier studies through the Voyageurs Wolf Project, suggests the animals' diets are more varied than previously thought.

"Arguably even more interesting was that during Tom's master's work, berries (mostly blueberries) were an important part of the diet of one of the other wolf packs for several weeks during the summer," said Biology Professor John Bruggink, who has conducted research with both men.

Bruggink said Gable’s master’s thesis at NMU focused on wolf predation in and around Voyageurs. One chapter described the sites where wolves kill beavers and the other addressed biases in scat-based diet studies. Homkes is in his second year as an NMU graduate student and is also working in and around the national park. But he is researching wolf predation on white-tailed deer fawns instead of beavers.

“These aspects of wolf ecology have historically been difficult to study because, unlike with adult deer and moose, wolves can consume small animals like beavers and fawns quite quickly and almost completely,” Bruggink said. “Tom and Austin managed to pull this off by combining cutting-edge technology in the form of global positioning system radio collars that provide very frequent locations via iridium satellites, with good old-fashioned investigative field skills for examining possible kill sites.”

Gable is pursuing his doctorate at the University of Minnesota. His NMU thesis results have been published in four papers co-authored with Bruggink in peer-reviewed journals (Homkes is listed as a co-author on one). They address the following topics: weekly summer diet of gray wolves in northeastern Minnesota; estimating biomass of berries consumed by gray wolves; where and how wolves kill beavers; and confronting sampling method biases in wolf diet studies. 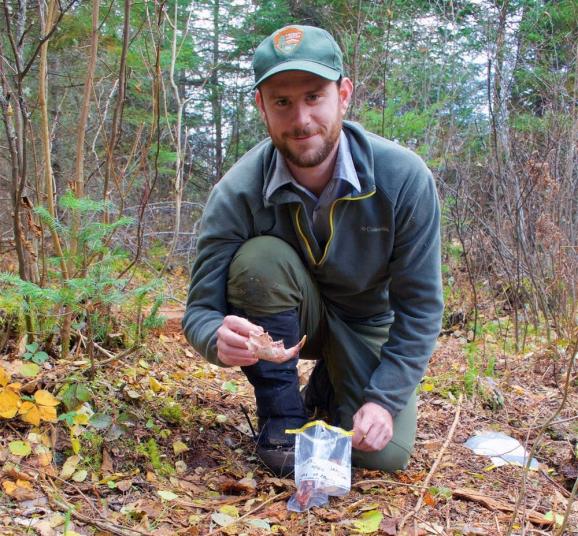