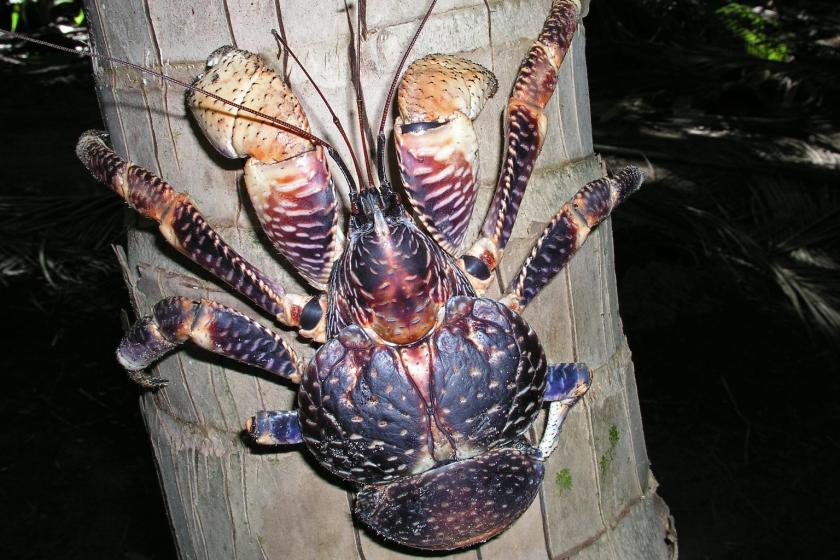 Northern Michigan University Biology Professor Neil Cumberlidge co-authored a conservation assessment published in the Raffles Bulletin on Zoology on the “vulnerable to extinction” status of the world's largest land crab. The coconut crab, native to the Indian and Pacific Oceans, has been disappearing off of the islands it traditionally inhabits.

Cumberlidge is the chair of Freshwater Crustacean Specialist Group at the International Union for Conservation of Nature (IUCN). The IUCN operates the Red List of Threatened Species, which tracks plants and animals that are of concern. The coconut crab is listed as vulnerable, where previously it was considered data deficient, or lacking data to assess its status.

Listed as the largest land crab, coconut crabs can weigh in at almost nine pounds and can reach a leg span of over three feet.

“We were getting reports of coconut crab populations either declining or being expirated from areas,” said Cumberlidge in a press release. “This was coming initially from the Pacific, but other people were chiming in and saying, ‘Yeah, I've noticed it where I am … in eastern Indonesia.'”

Cumberlidge and a group of researchers have attributed the decrease in population of the crab to habitat loss, tourism and unsustainable harvesting.

In areas where studies have been conducted, the IUCN concluded that breeding populations of coconut crab had dropped by about 30% over the last 15-20 years. The listing of coconut crabs being vulnerable to extinction should lead to more conservation efforts both in Indonesia and across its habitat range.

“It's an important step in [the crab's] conservation,” said Cumberlidge. “We just want to get the word out about these crabs and their change of status. It's a bigger deal than it sounds.”