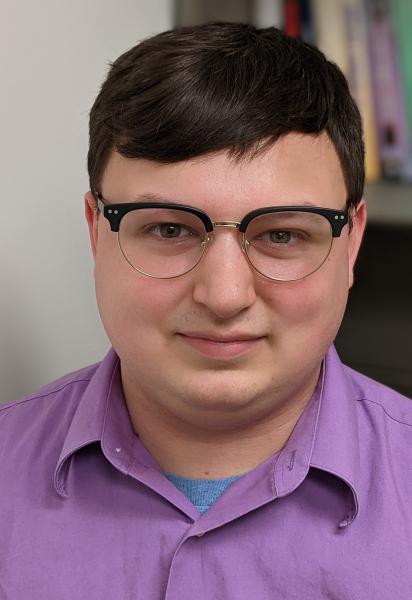 Erik Flinn of Marquette, Mich., has been named the Northern Michigan University Department of Mathematics and Computer Science 2020-21 outstanding graduating graduate student. He was part of the inaugural class of NMU's new Master of Science in Mathematics program, and will earn his degree May 1.

Flinn completed his bachelor's degree in mathematics at NMU. He has studied the subjects of topology, advanced linear algebra, analysis, geometry, logic and abstract algebra.

Under the supervision of Professor Daniel Rowe, he completed a thesis in the area of nonassociative algebra, studying questions concerning isotopies and parastrophes of quasigroups and loops in both the finite and continuous settings. Flinn has given seminar talks on his research and taught pre-calculus for four semesters. He will continue to study mathematics at the doctoral level.