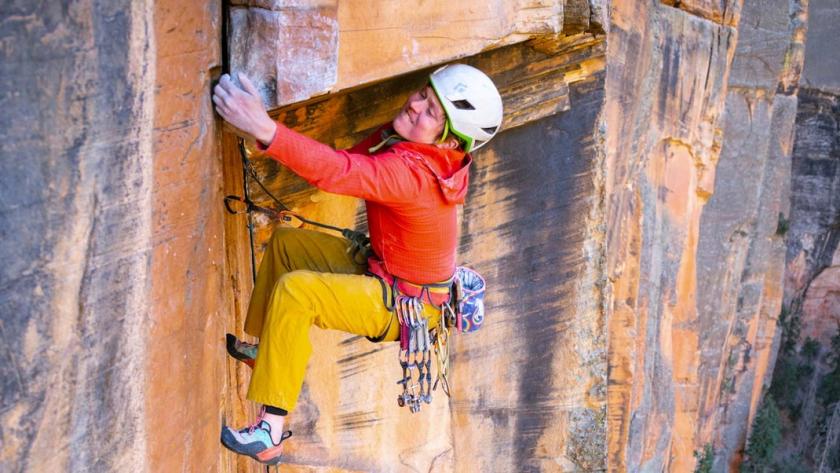 Former NMU student Lor Sabourin is the subject of Patagonia's latest film series, They/Them. The film premiered Oct. 6 and follows Sabourin's season-long effort to conquer “Cousin of Death” in Sedona, Ariz. Between footage of working on and redpointing the route, the Detroit native talks about life as a member of the trans climbing community, their outreach work with queer teens, and their ongoing recovery from an eating and exercise disorder.

“I think from the beginning, I was really attracted to the challenge of climbing; I was never a very gifted climber,” said Sabourin in a Climbing magazine interview. “I was getting that satisfaction that we all get when we try something that feels impossible and then all of a sudden it becomes possible—those moments where you work through a challenge and realize that all the effort you put in is allowing you to achieve what you set out to achieve. So I was really attracted to the learning process from the beginning.

“Also, the climbing community in Detroit is super accepting and welcoming. You see climbers of all levels climbing with all kinds of different people. So I was really welcomed into the community from a young age. I think that was a huge part of why I stuck around.”

According to the Climbing feature, Sabourin continued the activity on ice as an NMU student, then relocated to the desert Southwest and got “super stoked on crack climbing.” Read the full interview here.