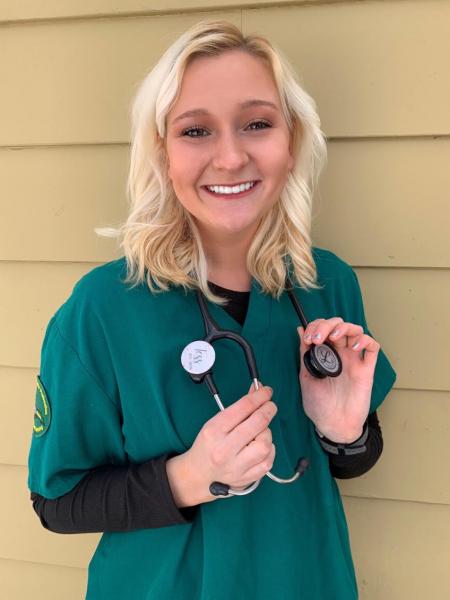 Tess Kostelec of Columbia, Md., has been named one of two Northern Michigan University School of Nursing 2020-21 outstanding graduating seniors. She is graduating May 1 with a Bachelor of Science in Nursing (BSN).

Kostelec is an NMU Presidential Scholarship recipient who played on and was captain of the Wildcat lacrosse team. She was a member of the Student Nurses Association for four years and maintained a Dean's List standing throughout her entire college career. She was awarded the Great Lakes Intercollegiate Athletic Conference All-Academic Excellence Team award, named an NMU Female Student-Athlete Scholar of the Month in April of 2019, and earned three Outstanding Clinical Performance awards.

Kostelec was featured in media stories after performing the Heimlich maneuver on another student in NMU's dining hall. She participated in many volunteer activities, including Make a Difference Day, COVID-19 testing, flu shot clinics and food sorting at St. Vincent De Paul.