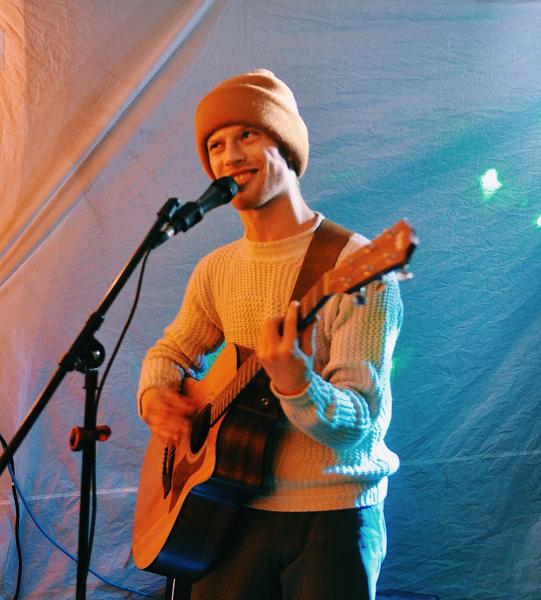 Sam Miess of Oregon, Wis., has been named one of two Northern Michigan University Department of Biology 2020-21 outstanding graduating seniors. Miess graduated with a 4.0 grade-point average in December. He plans to pursue a doctoral program with a focus on aquatic ecology.

As a Freshman Fellow, Miess began studying the ecology of the insects of the nearshore waters of Lake Superior. During his senior year, he conducted the first full life-history analysis of Lake Superior's dominant surf zone caddisfly, a once-common species throughout the Great Lakes, which has been extirpated from the lower lakes by invasive species.

His research promises to shed new light on the importance of native nearshore organisms to the ecology of the Great Lakes.

NMU's spring virtual commencement will be held at 10 a.m. EST Saturday, May 1. Bryan Terrell Clark, a Broadway performer who played George Washington in Hamilton, will be the keynote speaker. Learn more and access a link to watch it live at www.nmu.edu/commencement.