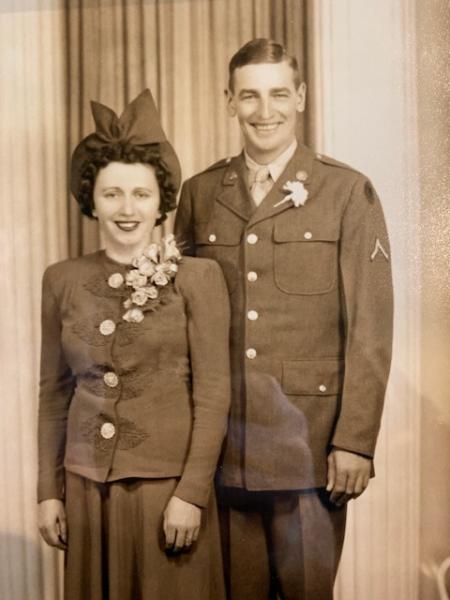 The $5,000 award will be presented for the first time in spring 2023 to a full-time student enrolling the following fall.

“With there being no academic requirement other than being a senior, any student can earn this reward through dedication to people,” said David, a retired dermatologist. “There are no losers in this situation. There are only winners because people are helped through acts of community service. It makes for a better and more complete student when you are not just strong academically, but also in caring for other people."

Marie said that the scholarship may promote more community service among NMU students, which “is good for the community as a whole.”

If no student meets the criteria in a given year, the funds for that year will go to the NMU library for books, journals and media. Marie was a library science teacher, serving as both an elementary and middle school librarian prior to retirement.

The couple said that the Balconis were actively involved in lifelong community service.

“My mom was quite active with her church,” said Marie. “For instance, she volunteered for Catholic Relief Services. I remember her driving babies for placement who were being adopted. She was very involved in Boy Scouts and Girl Scouts, too. My dad was a hard worker. He helped my uncle build a garage and put in a driveway. His community service was always more reflected in time than in money.”

“Marie's father was always available to help anyone, and he never complained,” added David. “He was extremely talented. He could build a house from the ground up. He was a building engineer and a war hero who had won The Purple Heart medal, among others.”

The Blums said that the Balconis were both Upper Peninsula natives and had a lifelong dedication to the region.

“It was always home to them, regardless of where they lived at the time,” David said. “They were married in the U.P. and transferred that love of the U.P. to both Marie and me. So, we wanted very much to set up a scholarship in the U.P.”

The Blums have also initiated the Balconi Endowed Scholarship at Michigan Technological University. After interviewing faculty at both MTU and NMU, the Blums said they were torn on which to choose, so they decided to divide the scholarship between the two.

“We were tremendously impressed with NMU's beautiful campus, student involvement and engagement with the greater community of the U.P.,” David added. “Having many family members who live in the U.P., some of Marie's family members went to Northern.”