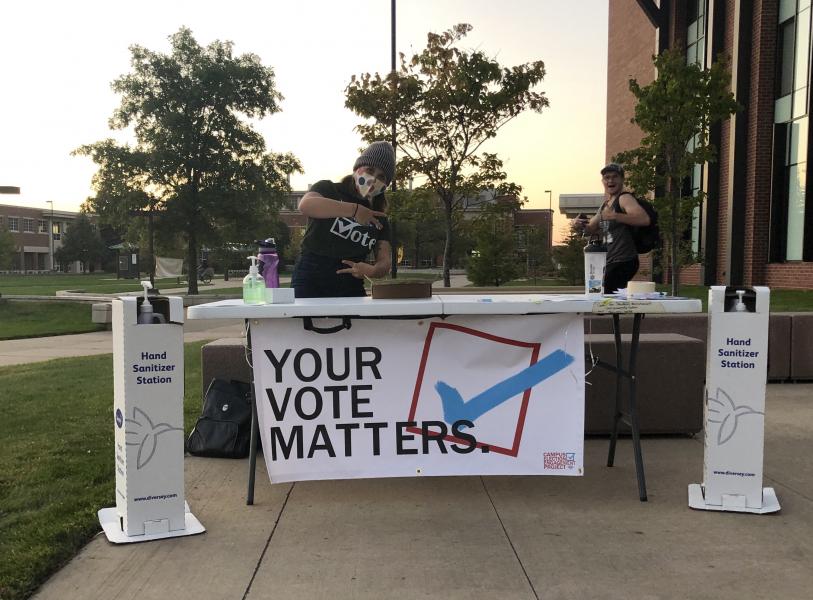 Northern Michigan University has been designated a "Voter Friendly Campus" through an initiative led by two national nonpartisan organizations: Fair Elections Center's Campus Vote Project (CVP); and NAPSA – Student Affairs Administrators in Higher Education. Both held participating institutions accountable for planning and implementing practices that encouraged students to register and vote in 2020 elections and in the coming years.

Northern is one of about 230 institutions in 37 states and the District of Columbia identified as a “Voter Friendly Campus.” The mission of the designation, according to a press release, is to bolster efforts that help students overcome barriers to participating in the political process. Campuses were evaluated based on plans to register, educate and turn out student voters in 2020, efforts to facilitate voter engagement on campus, and a final analysis of those efforts. All of this was completed amid the upheaval caused by a global pandemic.

Northern Michigan University's Voter Friendly Campus Committee, an ad-hoc through the student government, hosted a variety of events, from a campus-wide, civic engagement-themed scavenger hunt to in-class presentations about the registration process.

"The committee also hosted biweekly tables on campus and debate streaming parties," said Emma Drever, ASNMU student body president and committee chair. “It was important to our group's mission to hold events in different locations and formats to attract different students and encourage them to commit to civic duty.

"We were able to foster strong relationships across campus with student organizations that co-hosted events, professors that let us present in their classes, and administrators who offered guidance on future initiatives. It was so impactful to empower our fellow students to take part in their societies by voting because we helped students become confident in their voices.”

NMU has made a strong statement about the civic mission of higher education to prepare students to be engaged participants in a democracy, Drever added, and students are excited to continue engaging their peers through 2021, 2022 and beyond.

She said the dean of students and the provost reached out to the student government last February about its plans for the election season.

"We had been hosting informational tables about the primaries on campus," Drever said. "With resources from Campus Vote Project, student fellows from Campus Election Engagement Project, the Michigan Student Power Network, and Youth Service America: ServiceVote, we were able to make some awesome events happen to encourage our peers to vote."

ASNMU also partnered with the Marquette City Clerk's office to set up a satellite clerk's office where individuals could register to vote, request and drop off a Marquette City absentee ballot and return Michigan voting applications (see related story). 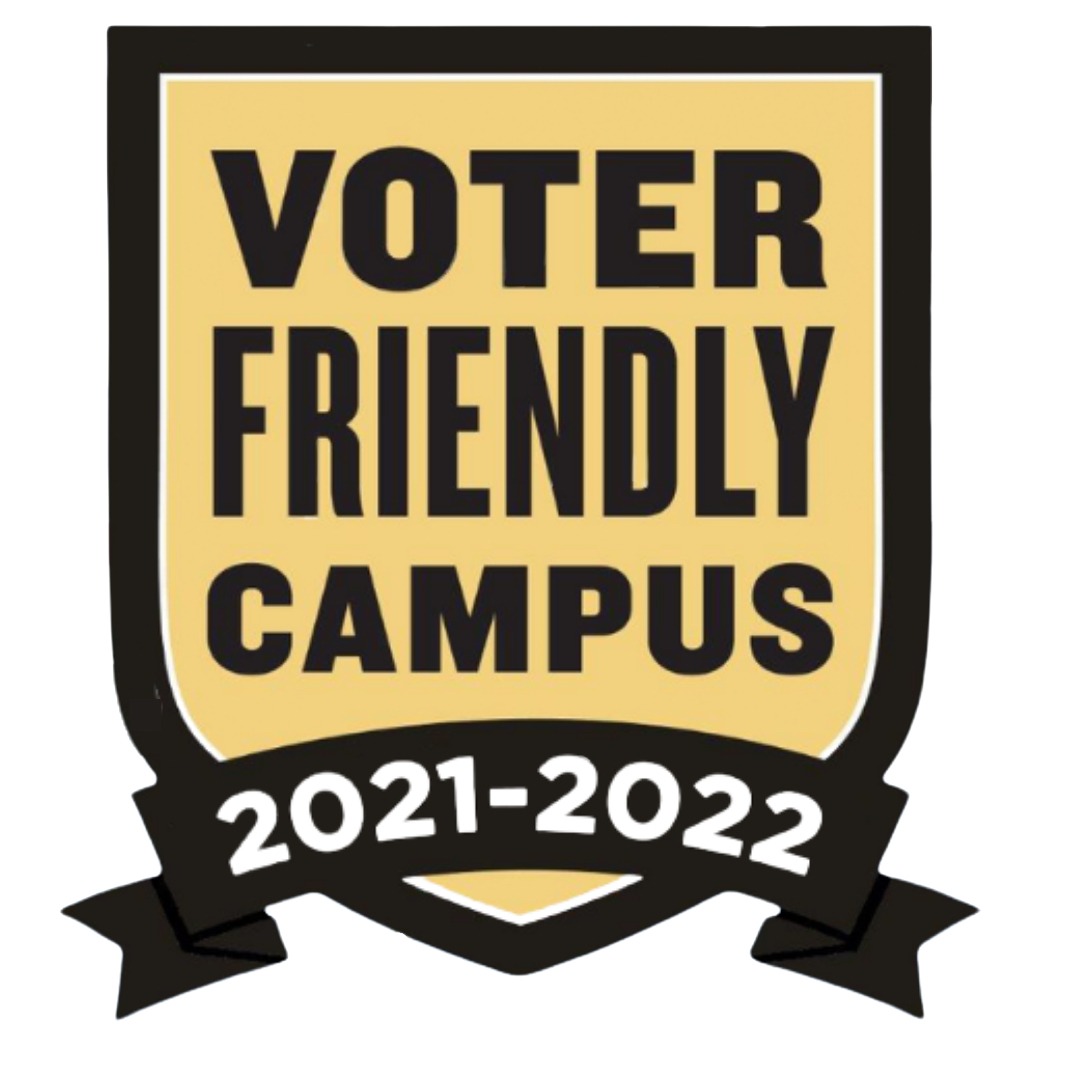 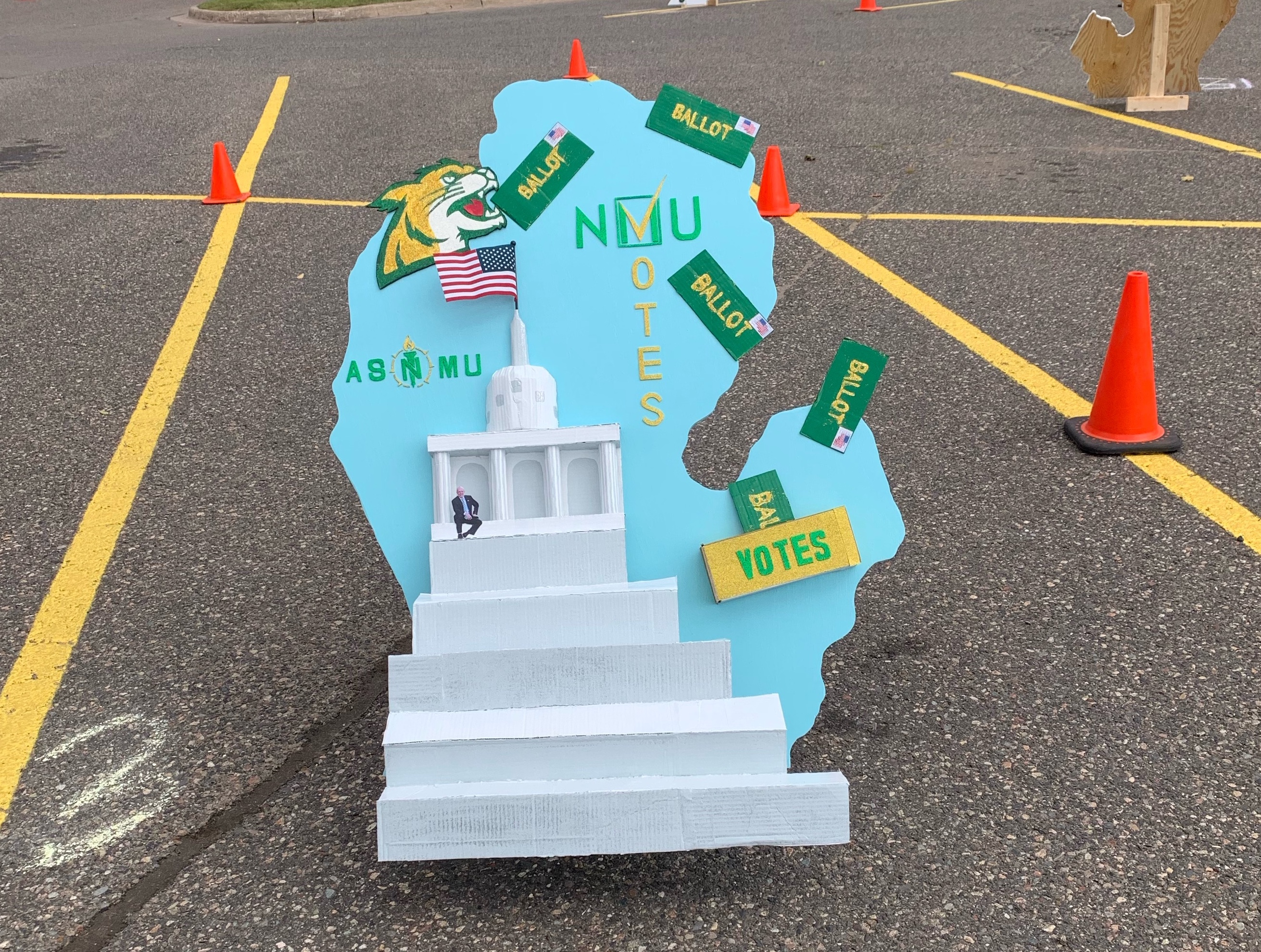