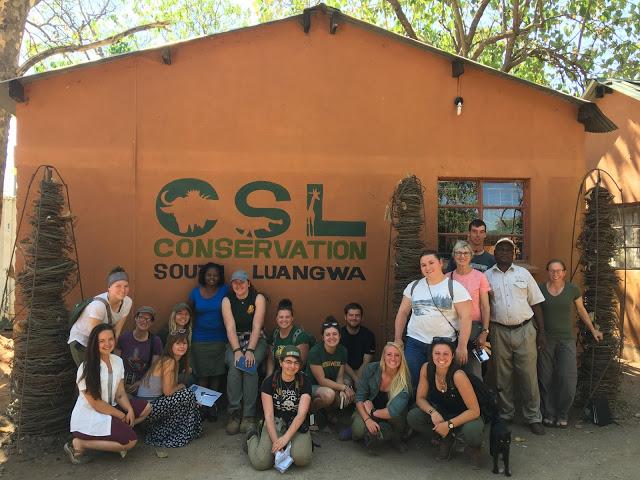 A non-profit that seeks to mitigate human wildlife conflicts.

Students had the opportunity to conduct a wide variety of research projects that were developed the semester prior to the trip. NMU senior biology major Stephanie Szarmach's project focused on applying a molecular technique that could potentially be used to identify samples of poached bushmeat.

“The trip gave everyone the opportunity and challenge of designing their own field research projects from start to finish,” said Szarmach. “After proposing and developing the projects at Northern, we implemented them in a place we had never visited, which meant we had to learn to be flexible and problem solve when issues arose that we didn't expect in the initial design stages.”

When students were not working on their projects, they spent time traveling throughout the nation and observing many types of wildlife. Places they visited included the capital city of Lusaka, the rural village of Nyanja and three national parks: Mosi oa Tunya, Kafue, and South Luangwa. Students also became acquainted with biologists and conservationists working for Zambian Carnivore Programme and Conservation South Luangwa, as well as the Chieftainess of Nyanje.

“The most impactful thing for me was observing these animals in their natural habitat. Many of us had seen animals like lions, elephants, crocodiles and leopards in zoos, but it is a totally different experience to see them in the wild,” said Szarmach. “We got to observe behaviors that you would never see in a zoo, like a territorial male hippo chasing another hippo across a river, and lions eating a Cape buffalo that they had recently killed. While we have our share of wildlife in the U.P., Zambia is a whole other ball game. You don't experience such a diversity of wildlife, and especially large or dangerous animals, in the U.S.”

Lindsay has been leading student groups to Zambia for more than 10 years.

In addition to wildlife, another important characteristic observed on the trip was how different the economic climate is in Zambia compared to the United States.

“Zambians make on average $1,500 a year and most of their existence is reliant on farming and the gathering of food,” said Lindsay. "If you're concerned about the poaching of animals or the agriculture of parks, it is a different story compared to what we are used to in the U.S.” 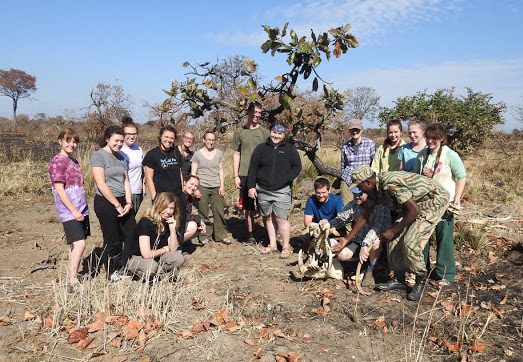 Students with hippo skeleton
Prepared By