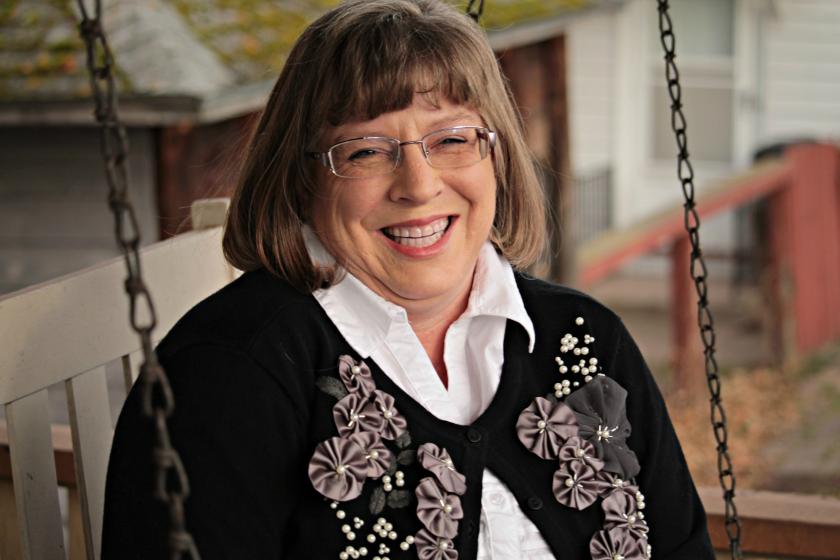 Richmond is in her 20th year at NMU. She regularly leads courses in the teaching of writing and literature, as well as literature for young adults. Richmond also directs the English education program and supervises student teachers in Michigan and Wisconsin. Many of these students maintain a connection with her for years as their careers develop and evolve.

“I'm still in touch with students I had in my first few years at Northern,” she said. “We get together and talk about teaching or share things via email related to the profession. It's a beautiful cycle in which I play a tiny part in their lives that somehow helps in their journey, they in turn make an impact on someone else and it continues. The fruits of that are just incredible. I've now had some students of my former students come to NMU. It's such a rewarding thing. I couldn't imagine doing anything else.”

In 2019, Richmond published the influential and groundbreaking book, Mental Illness in Young Adult Literature: Exploring Real Struggles through Fictional Characters. She had received an NMU faculty research grant and sabbatical to work on the project. Her book analyzes the genre's portrayals of real struggles such as anxiety, depression, schizophrenia and obsessive-compulsive disorder since 2000.

“There's really been a renaissance over the past 15 years in terms of psychological issues being depicted in young adult literature,” Richmond said in a related story. “The portrayals are more authentic now; they're not exaggerated and don't follow predictable negative stereotypes.

“Most of the books I feature show young adults seeking help. Not all of them have happy endings, but they're realistic. Everyone knows someone with some form of mental illness, so it's a highly relevant topic that we need to talk about; we can't pretend that it doesn't exist.”

In addition to young adult literature, Richmond's other research interests are teacher-student relationships, psychology and English education pedagogy. Her publications have appeared in numerous journals. She said she enjoys attending conferences, where she networks with specialists of English education and authors of the books her classes read.

Richmond's previous honors include NMU's 2014 Excellence in Teaching Award and the Michigan Council of Teachers of English 2015 Charles Carpenter Fries Award for teaching and mentoring.

“I try to emphasize care before content, which I hope has been evident to students in my classes,” she once said. “In addition, I believe that we need joy to balance out the serious subjects of study we take up in the English classroom. Therefore, I make sure each class session includes an opportunity for us to laugh together while learning about literature, writing or how to teach English language arts.”

Young and Kinley endowed the award through a major gift earlier this year. He attended Northern in the 1970s and serves as vice chair of the NMU Board of Trustees.